Islam is Evil, But Islamophobia is Real 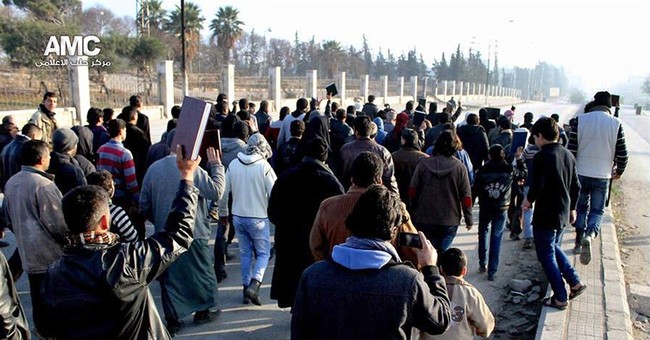 Let me explain why these two points are not mutually contradictory.

As a follower of Jesus who affirms the Bible as God’s Word, I do not believe Muhammad received revelation from God since the information he allegedly received contradicts fundamental truths of the Bible.

Muhammad’s revelations were therefore demonic, not angelic, and since the Quran denies that Jesus is the Son of God and denies that He died for our sins and rose from the dead, Islam is an antichrist religion and Muhammad is a false prophet.

Add to this the fact that almost 1.5 billion people have been deceived by Islam and that makes Islam the world’s largest false religion. In that sense it is evil.

That doesn’t mean that Islam is devoid of lofty ethical principles and beautiful spiritual maxims (many Islamic tenets are actually borrowed from Judaism).

That doesn’t mean that Islam has not made significant, positive contributions in the last 1,400 years or that Muslims and Christians do not have many shared values.

It simply means that, to the extent Islam claims to have the full and final revelation, it is false, misleading, and of the devil.

Lest these words strike you as overly harsh, remember that Islam claims to have the only true revelation, it claims that Abraham, Moses, and Jesus were all Muslims, and it claims that the Bible, not the Quran, is corrupt.

Islam also claims emphatically that God has no Son and that belief in the Trinity is blasphemous.

So, Islam has no problem stating that the fundamental beliefs of Christianity are false and deceptive. Why should Christians have a problem saying the same about Islam?

And to the extent that Islam has been a religion of the sword, all the more is it evil – despite, I repeat, the many redeeming qualities of the Islamic faith.

I’m sure my words will offend the “enlightened” and more “progressive” readers, but I’m not here to score points with them. I’m simply laying out the facts as I see them, making clear that my rejection of Islam is unequivocal.

In keeping with that, I applaud those courageous Christians through the centuries who have died rather than convert to Islam.

Yet as much as I take issue with Islam as a whole and with radical Islam in particular, I also believe there is such a thing as Islamophobia, and it is alive and well in America.

Accordingly, if we were to ask the question, “Which is the most authentic expression of Christianity?”, Catholics would answer, “That’s easy! We are the Mother Church, and Peter is the first Pope!”

Greek Orthodox would reply, “Not so! We have the direct link to the original New Testament faith!”

Evangelical Christians would protest, “That is hardly the case! We alone base our faith on the Bible,” and Messianic Jews would jump in and say, “Why talk about ‘Christianity’? That’s a later concept and we are the truest heirs of the apostles.”

And make no mistake about it: The gulf between some of these groups is vast.

It’s the same with Islam, even if you claim that radical Islam is the truest expression of Islam, the one traceable back to Muhammad himself.

I personally believe that there is a case to be made for this view, but it is not the only view.

Hundreds of millions of Muslims worldwide (including countless thousands in America) do not espouse radical Islam, and they can point to strong Islamic traditions to back their claims.

Perhaps, but they believe they are true Muslims, they practice their faith sincerely, and they can quote from the Quran and Islamic tradition to back their position.

Egyptian President Abdel Fattah al-Sisi is a devout Muslim, and in a major address to Islamic scholars at Al-Azhar University on January 1, 2015 he confronted jihadism and called for strong reform, mincing no words.

His words represent the sentiments of millions of Muslims worldwide, Muslims who are appalled at the atrocities being committed in the name of their faith. And while there’s strong evidence that some Muslims in America celebrated on 9/11 (Donald Trump is apparently guilty of exaggeration, not fabrication), there’s no doubt that many (or even most) did not celebrate that tragic event.

In saying all this, I am not addressing questions of national security or immigration, which must be looked at carefully, nor I am minimizing the real and growing threat of the radicalization of Muslims in our midst.

I’m simply saying that there is a happy medium between the two extremes of a blind philo-Islamism, on the one hand, and full blown Islamophobia, on the other hand.

I’d encourage you to get to know some non-radical Muslims if you can and find out what they actually believe (without lecturing them based on a YouTube clip you saw). And, if you’re a follower of Jesus, seek to love your neighbor as yourself.

We can declare war on Islamic terrorism and reject Islam as a false religion without fearing all Muslims.