The Islamic Incitement to Murder Jews 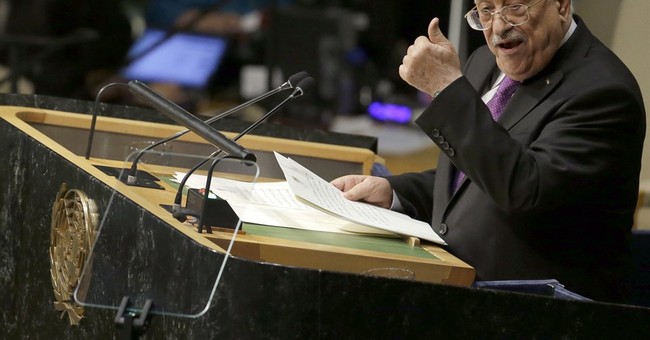 Why would a Jordanian father proudly post a video interview with his tiny little daughter as she holds a knife in her hands and explains how she will use it to stab Jews? Why would a little Palestinian boy appear on national TV in Gaza and explain that he wants to be an engineer when he grows up so he can blow up the Jews? Why would a Muslim in Paris assault a rabbi and then stab the rabbi’s friend, crying out, “Allah is great!” and “Slaughter the Jews!”?

The answer is found in mosques around the world, where radical Muslims incite demonic hatred against the Jews.

On October 23rd, a Muslim preacher in Gaza named Abu Hamza Ashour had this to say in his sermon:

“The time for demonstrations and rallies is over, and so is the time for pleading for help. It is now the time to harvest, the time for operations, the time for swords, bloodshed, and the puling of the trigger. Oh son of the West Bank rage! By Allah, only rage will liberate this land. Oh people of the West Bank, kill them! Poison your daggers, and then stab or slaughter them. Blow them up, shed their blood, pounce on them, dismember them, paralyze them, make the earth quake under their feet, trample on their heads.”

He then held up a suicide bomber’s belt and shouted, “The next martyrdom-seeking operations will be carried out with explosives belts. . . . By Allah, we will use it to turn you into body parts, and we will send you messages written in blood. By Allah, we will annihilate you with it. We will turn you into lifeless corpses, and into scattered body parts, Allah willing. This is what will liberate our land, Allah willing.”

Is it any surprise, then, that large crowds have gathered on the streets of Gaza brandishing knives and meat cleavers and shouting out their venomous hatred against the Jews?

What else could we expect when another Muslim leader, speaking on Al-Aqsa TV, the state channel run by Hamas in Gaza, calls for someone to bring him a Koran so he can swear on it that he not leave a single Jew in their land, dead or alive. And he affirms that this is what the Muslim leaders of the past also swore.

I don’t doubt that there are Israelis who hate Palestinians because of the endless terrorist attacks and that, conversely, for primarily non-religious reasons, there are Palestinians who hate Israelis, pointing to the “occupation.”

But I am quite sure that rabbis are not holding up knives, guns, and suicide vests in synagogues all over Israel, calling for the slaughter of Palestinian men, women, and children. And I am even more sure that Jewish parents are not posting videos of their toddlers brandishing knives with the express purpose of stabbing Arabs.

I am also quite sure that these Jewish parents are not teaching their children that the Palestinians are the sons of apes and pigs, nor are they saying that the Messiah will not come until the Jews fight against and destroy the Muslim world.

Yet this is the theology of radical Islam, including the demonizing of the Jews as the sons of apes and pigs and the teaching that the resurrection will not come until the Muslims fight against and destroy the Jews.

And this is not just taught in the mosques. It is reinforced by the government as well.

And so it is no surprise that the Palestinian Authority announced on October 14th that a street was being named after Muhannad Halabi, now dubbed a holy martyr, his claim to fame being that on October 3rd, he stabbed to death a rabbi and another Jewish man in the Old City of Jerusalem, also injuring the second man’s wife and two-year old child. Now he is a holy martyr.

You can therefore rest assured that this is not merely a territorial dispute. It is a deeply religious dispute as well, with radical Muslim preachers inflaming this murderous hatred of the Jewish people.

I urge every person of conscience, including every Muslim and every Christian critic of Israel, to renounce this violent, hate-filled ideology, without qualification and without excuse.

There is not even the slightest possibility of peace without renouncing this religious root of terror.

To see exactly what this hatred looks like, watch my latest video.