Can the P in LGBTQIP Stand for Parrot? 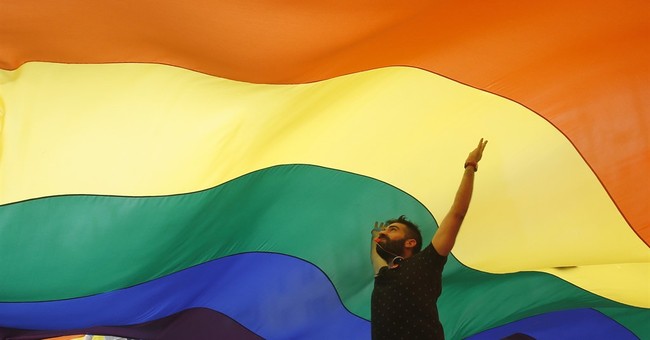 We’ve all seen the abbreviation of LGBTQ – and sometimes I and P and more – standing for lesbian, gay, bisexual, transgender, queer (or, questioning), intersex, and pansexual. But is it possible that the P could also stand for parrot?

Before you write me off as crazy or disrespectful, give me a moment to explain.

The editor of the Huffington Post’s Gay Voices, Noah Michelson, recently wrote an article titled, “What's A Skoliosexual?,” with the subtitle reading, “There's a lot more out there beyond ‘hetero,’ ‘homo’ and ‘bi.’”

In the article, he listed “12 terms related to sexual and romantic identities that are beginning to receive more attention in the media but that are still regularly absent or erased from conversations currently taking place in popular culture.”

These terms were asexual, aromantic, graysexual, demisexual, demiromantic, lithromantic, pansexual, polysexual, skoliosexual, queerplatonic relationships, and zucchini (yes, zucchini!), defined as, “The name for a partner who is involved in a queerplatonic relationship, as in ‘he's my zucchini.’” (Michelson’s article is not a satire; it is intended to be taken seriously, and its author is quite serious about these issues.)

As for skoliosexual, the article states that, “According to Genderqueerid.com, skoliosexual refers to “sexual attraction to non-binary identified individuals” [meaning those who don’t identify simply as male or female] or those who do not identify as cisgender. The site also notes that “this does not generally describe an attraction to specific genitalia or birth assignments [meaning, saying you are a boy or girl at birth] but rather is an inclusive term.”

But we’re just getting started (and yes, I’ll come back to the “parrot” issue in a moment; trust me, you’re in for a shock).

And what, pray tell, do some of these bizarre words means? The term genderfluid “is a gender identity that changes from one time to the next. For example, a genderfluid person could be both a boy and a girl one day, and then genderless the next.”

As for trigender, that “is an identity with three gender identities. This word can mean all three at once, or moving between three genders. Note that if a person has three to five genders, inclusive, they can also call themself ogligender, which see.”

(At this point I should insert the mandatory phrase: “I’m not making this up!”)

As astonishing (and sad) as it is to read all this, the Financial Timesreports that in England, the Oxford English Dictionary has introduced a new abbreviation, Mx, allowing a man to use this if he does not want to identify with one particular gender.

As explained by “Mx Bunce,” who is pictured as female and then male in the article, “I consider myself gender fluid or gender variant. I like to be Phil one day and Pippa another . . . .”

And remember that all this, from gender fluid to genderswirl, is included in the T of LGBTQIP, which got me thinking about the man who identifies as a parrot, Ted Richards, an Englishman.

He’s 57 years old and, as a boy, was tormented by the presence of his ears, wearing long hair to cover them.

Now that he’s had his ears removed (yes, a surgeon actually removed his ears), he’s as happy as a lark (or should I say parrot?).

So, if skoliosexual and zucchini are accepted terms of “sexual and romantic identities,” and ogligender and genderfuzz can be included under the T of LGBT, then why not expand the categories a little further to include those who identify as animals (or, at the least, want to look like animals, as Ted Richards certainly does).

The reality is that Ted Richards is no more a parrot than “Mx Bunce” is both Phil and Pippa.

And no matter how many surgical modifications Richards undergoes, he will no more be a parrot than Bruce Jenner will be a woman.

This may offend some of you reading this article, but truth and reality can sometimes be offensive, and if we really care for people who struggle with their identity, then, to repeat what I’ve said over and over again, let’s help them find wholeness from the inside out.

That’s what true compassion would do.

Now, if you’re ready for a shock, click here to see what Ted Richards look like today, and lift up a prayer for him today.