The Great Grace Deception and ‘Swagging Towards Jesus’ 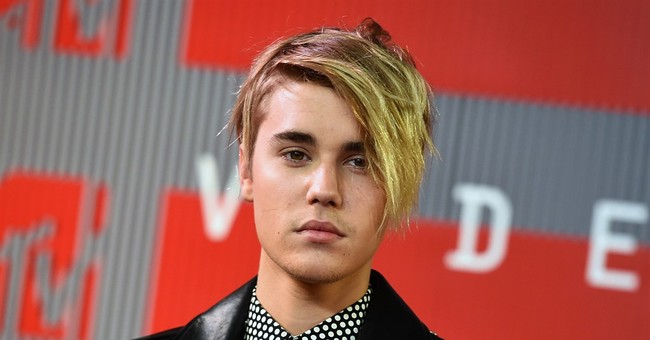 In response to Justin Bieber’s latest profession of faith in Jesus, Candace Cameron Bure on “The View” said, “I think it’s important to remember that when someone says they’re a Christian it doesn’t mean they’re perfect. They are just a recognized sinner in need of God’s grace.”

She continued, “And so that’s all Justin was saying. He recognizes that.”

She went on to explain that he’s made mistakes in the past and will still do so, but that we should applaud him and encourage him to continue to be a good role model.

In my open letter to Justin Bieber earlier in the week, I stated that it’s great that he’s talking about Jesus and that he’s not ashamed to say that he wants to live like Him.

The question is – and it’s the one I sought to answer in a positive way in my letter – what does it mean to live like Him? What does it mean to be a true Christian? Does our conduct matter? Is it reasonable to think that a follower of Jesus will live differently than the world?

It’s one thing to recognize that on our best day, we still fall short and we are in constant need of God’s grace.

It’s another thing to say that professing faith in Jesus is enough and that it’s condemning or negative or hateful to call for a changed life.

Did He say this just for dramatic effect?

How about this statement from the Lord? “Not everyone who says to me, 'Lord, Lord,' will enter the kingdom of heaven, but only he who does the will of my Father who is in heaven” (Matthew 7:21; if you want to know His Father’s will, read the previous chapters).

Oh yes, we are not saved by works but by grace through faith (Ephesians 2:8-9). But the proof of real faith is a transformed life. As Jacob (James) stated bluntly, “faith without deeds is dead” (James 2:26).

That’s what Paul preached too, explaining to King Agrippa that this had been his lifelong message: “First to those in Damascus, then to those in Jerusalem and in all Judea, and to the Gentiles also, I preached that they should repent and turn to God and prove their repentance by their deeds” (Acts 26:20).

And that’s why he required true Christians to separate themselves from “anyone who calls himself a brother but is sexually immoral or greedy, an idolater or a slanderer, a drunkard or a swindler. With such a man do not even eat” (1 Corinthians 5:11).

When it came to the world, Paul said, we should not judge sinners, meaning, we should not separate ourselves from them but rather be ambassadors of reconciliation to them. As for those who claimed to be followers of Jesus, his instructions were clear: “Everyone who confesses the name of the Lord must turn away from wickedness” (2 Timothy 2:19).

The miracle of grace is that not only does God forgive us for all our sins through the cross but He also empowers us to lead a new life so that we truly become new creations (2 Corinthians 5:17).

When it comes to Justin Bieber, it’s clear that he’s still living like the world (just watch his latest music videos), but that doesn’t mean we oppose him or attack him.

Can you imagine the amount of temptation that comes his way? Can you imagine what it would be like to be a teenager (or a young adult or even an older adult) with the world at your fingertips and with millions of people adoring you?

I don’t think many (or, really, hardly any) of us would have stayed pure at that age with so much success and fortune and opportunity, so in no way do I condemn him (and I didn’t condemn him in my letter).

But I will absolutely encourage him to really know the Lord and live a godly life, not just for his sake but for the sake of the millions who follow him (some of whom read my letter to him as well).

And I will absolutely come against the great grace deception that says, “No matter how you live or what you do, as long as you believe in Jesus, you’re good.”

The nature of this deception was underscored on “The View” when Raven-Symone explained that she heard that some time ago, Justin had hired a swag teacher to teach him how to walk and talk, and now “he’s swagging towards Jesus.”

Of course, if he’s making his way back to the Lord little by little (although I’m quite sure you don’t swag your way to the cross) –he was, after all, raised to know the Lord and was reportedly baptized last year – we want to encourage him to make that real, life-transforming connection, be it incrementally or in one great leap.

But right now, this is just another example of the contemporary American “gospel” in which the Lord does not say, “Deny yourself, take up the cross, and follow Me,” but rather, “Affirm yourself, bypass the cross, and I’ll follow you.”

One gospel saves people; the other damns them.