To Gay Journalist Michelangelo Signorile: Let's Have A Civil Debate 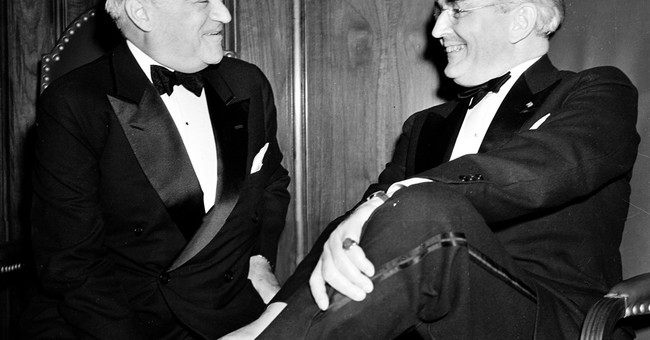 In your recent Huffington Post column, you referred to Americans who refuse to redefine marriage as “religious extremists,” stating that, “We,” meaning the LGBT community, “cannot be held hostage to the theatrics of religious extremists, nor should we allow them to think that supposedly bad ‘optics’ will deter us in demanding our rights.”

You were speaking in particular about the national controversy surrounding the decision of Kim Davis, the Rowan County, Kentucky clerk, to refuse to issue marriage certificates to gay couples.

For you, this is a matter of religious extremism, and you are urging gay and their allies to stand against her decision and to refuse to back down, even if, for the moment, if may make your side look bad.

I see it in the exact opposite way, and I’m urging Christians to stand with her and to continue to challenge the Supreme Court decision, just as we have challenged Roe v. Wade since 1973, even if, for the moment, it makes our side look bad.

And I see the extremism coming from your side, including hateful rhetoric, inflammatory speech, and extreme intolerance (in the name of tolerance, of course; where there are hateful words and actions from my side, I utterly denounce them).

Really now, who are the extremists, those who are convinced that for marriage to be marriage, it must include a man and a woman, just as it has for virtually all recorded history across every culture and nation and in harmony with the religious beliefs of several billion people, or those who want to redefine it radically?

And who is holding whom hostage, Christians who are losing their businesses and livelihoods in the courts to gay activism, or gay activists who have won victory after victory in the courts and schools and places of business in recent years?

Really now, when a Christian baker cannot in good conscience bake a cake for a gay couple’s ceremony, he or she is found guilty of discrimination by the courts, but when a gay baker refuses to bake a cake with a biblically-based message on marriage, that baker is vindicated by the courts.

Again I ask, who is holding whom hostage?

You and Dan Savage have also made personal judgments against Kim Davis, accusing her of wanting to achieve fame and fortune through her “martyrdom,” as if she planned this all out from the start: “That’s it! I’ll wait for the first gay couple to come through my doors, I’ll refuse to grant them a marriage certificate based on my beliefs, I’ll fight this all the way to the Supreme Court, I’ll lose my job, go to jail, get death threats, be despised and mocked by millions, throw my entire family into turmoil, only to get a big fat book contract and become rich and famous.”

I’m aware, of course, that there are genuine questions regarding the responsibilities of a government employee, sworn to uphold the law, as the openly gay philosophy professor John Corvino pointed out. And there are intellectual responses to Prof. Corvino’s position, as articulated by conservative Christian leader Dr. Joel McDurmon. And Davis, for her part, has issued a statement explaining her position and stating, “I want to continue to perform my duties, but I also am requesting what our Founders envisioned - that conscience and religious freedom would be protected.” (After all, when she was sworn in to serve her county, things were very different than they are today.)

And that’s where I’d like to make this open appeal to you (contacting you via Twitter didn’t work, and one of my colleagues wasn’t able to reach you on my behalf either).

These are critically important issues facing our society, and we both agree that they are not going away any time soon. Why don’t we have a civil, public debate and discuss these issues in a moderated forum, hopefully doing so in a way that will further serious discussion and reflection in the midst of our differences, committing to conduct the debate without vitriol or histrionics?

You just wrote a new book titled It's Not Over: Getting Beyond Tolerance, Defeating Homophobia, and Winning True Equality.

I just wrote a new book from the exact opposite perspective titled Outlasting the Gay Revolution: Where Homosexual Activism Is Really Going and How to Turn the Tide. (To be clear, when I say the exact opposite perspective, I do not mean cultivating hatred or mistreatment of gays; to the contrary, I call on my side to take the highest moral ground and merge love together with truth.)