What Black Americans Can Teach White Americans About Faith 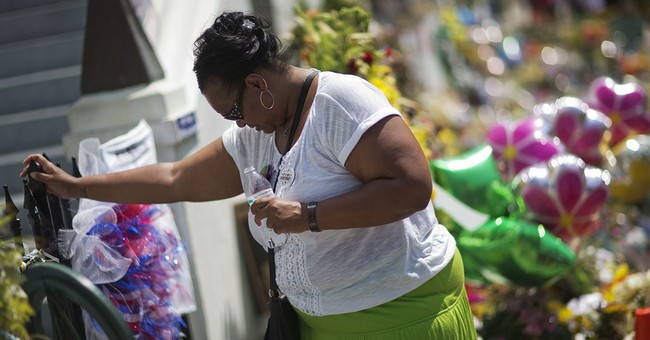 As a white, Jewish American (and committed follower of Jesus), I have learned much from my black brothers and sisters, among whom are some dear friends and colleagues, while some of my fondest memories of worship and ministry are in the context of black church services.

When I do a rally for my radio listeners in a major city, I’m always delighted to see the ethnic mix, with a strong percentage of my listeners being black, and they bring something special to our gatherings.

Of course I recognize that every culture and ethnicity has particular strengths and weaknesses, and I realize that all generalizations are flawed, but in the aftermath of the massacre in Charleston, I feel it is important to give honor by sharing these thoughts. They simply represent my own perspective, and I welcome either confirmation or constructive criticism.

1) Spirituality is a good thing. Surveys have consistently indicated that black Americans attend church services more than white Americans, and to this day, whether I’m at an airport or doing business with a stranger, I’m much more likely to get a warm response to my “God bless you” from a black American than a white American.

Of course, my own experience is completely anecdotal, but I’ve seen the same pattern for many years now, and a survey on religion in America conducted in 2008 by Baylor University confirmed this, as the percentage of black American atheists was so low that it registered at zero.

Whether this is because of an African heritage of spirituality (with all its mixture) or whether this goes back to the days of slavery, when faith in God provided a ray of light in the midst of the darkness, the fact remains that black Americans, on average, are more gospel friendly than their white counterparts.

I’m quite aware that, all too often, for a variety of reasons, there is a breakdown between family stability, morality, and spirituality, but that doesn’t negate the rich spiritual traditions that run deep in African American culture. That’s why a recent

2) Ministers should be honored. Do you remember when Pat Robertson ran for president? He felt it was important to drop his “Reverend” title, and so he was officially “unordained” (or whatever the process is called). In contrast, Jesse Jackson ran proudly as “the Reverend Jesse Jackson.”

Why the different standards? I believe it is reflective of the way that ministers are viewed in each community, and while the title “Bishop” might not mean much among your average white American, it means a lot to many black Americans.

3) There is no separation between church and society. Was there widespread black criticism of Dr. Martin Luther King, Jr., a minister, when he began to lead the anti-segregation movement? Was there widespread black criticism of his other ministerial colleagues as they fought together against segregation, often holding their meetings in church buildings? Not at all. To the contrary, the church building was the most natural place to holding meetings contending for social justice.

It is in this context that Yale law professor Stephen Carter once wrote, “Along with many African-American theologians, I believe in the tremendous importance of preserving religious communities not only as centers of difference—that is, places where one grasps the meaning of the world as different from what you find in the dominant culture—but even more so as centers of resistance. These centers of resistance do not simply proclaim ‘We don’t believe what the rest of you believe,’ but say, ‘We are willing and ready to sacrifice, to lose something material for the sake of that difference in which we believe.’”

4) Forgiveness is one of our most powerful weapons. Notwithstanding the recent riots in Baltimore and Ferguson, I fully expected to hear talk about “forgiveness” on the lips of the family members of those who were brutally murdered last week in Charleston by a white supremacist.

What shocked me was that, with the blood of the slain still fresh, these family members told the killer – to his face – that they forgave him. This is an extraordinary example of the grace of God and a tribute to black Christian spirituality.

These family members and friends certainly want justice as well (presumably either the death penalty or life in prison without parole), but on a personal level, some immediately spoke of forgiveness.

Having said all this, I repeat that these are just my own observations and reflections (there are other points I could have made, including the fact that black Americans remind us that spirituality has soul; it is not an emotionless, intellectual exercise), and if my generalizations are offensive, please do forgive me.

My intent is to honor, and I hope that to some extent I have done so. Speaking for myself, I owe a lot to my black Christian friends.