Was B.B. King a Christian? 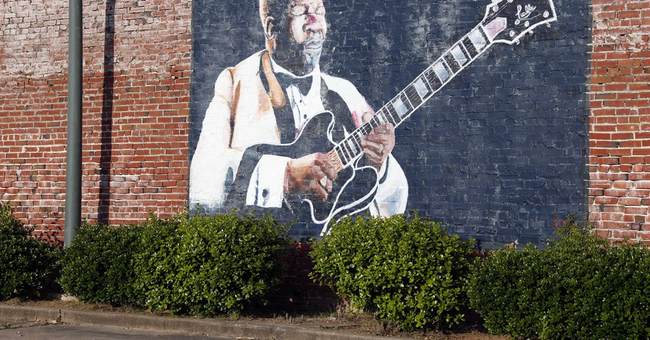 Last week, the legendary blues guitarist B. B. King died at the age of 89, and I truly hope he is in God’s presence now, either as someone who knew the Lord during his lifetime or as someone who found grace in the closing moments of his life.

But my purpose in writing this article is not to judge Mr. King. Instead, it is to raise the question of what our society means when it says “Christian.”

A few days ago, after hearing the news of King’s passing, I went to Wikipedia to read more about his final days.

It proceeded to recount his many well-deserved accolades, also noting this about his personal life: “King was married twice, to Martha Lee Denton, 1946 to 1952, and to Sue Carol Hall, 1958 to 1966. The failure of both marriages has been attributed to the heavy demands made on the marriage by King's 250 performances a year. It is reported that he fathered 15 children with several different women and, as of 2004, had 50 grandchildren. . . . King was a Christian.”

Again, I truly hope that B. B. King is with Jesus now, and, to repeat, the purpose of this article is not to judge him.

I simply want to point out that when the people of the world say “Christian” they often mean something very different than we do.

The world general means, “An adherent of the Christian faith, regardless of lifestyle,” whereas we normally mean, “A genuine follower of Jesus.”

The former can father numerous children out of wedlock; the latter cannot.

In recent years, I’ve written about a professing born-again rapper who still loved to party and hit the strip clubs as well as “Sex Symbols Who Speak in Tongues.”

A few days ago, I spotted an article about a married, “born-again Christian” couple who slept around with lost sinners to introduce them to the love of Christ. (I kid you not, but I’m not even going to link the article here; there’s no need to give this couple further publicity.)

Often, while reading someone’s bio on Wikipedia – I’m talking about people who were anything but saintly – the article will close with, “And so-and-so was a born-again Christian.”

And how many times have you watched a sporting event where the big star is being interviewed – someone known for their godless lifestyle and profane speech – and they begin by saying, “I have to give all glory to my Lord and Savior Jesus Christ”?

And these days, you can be a “solid” evangelical Christian and advocate for committed homosexual relationships.

These people may sincerely believe they are born-again, and God alone is their ultimate Judge, but what is clear is that the “Christian” standards of this generation have little to do with the “Christian standards” of the Word.

God’s standards remain fixed and firm. As it is written in 2 Timothy 2:19 (in the context of Paul addressing heretical beliefs): “But God's firm foundation stands, bearing this seal: ‘The Lord knows those who are his,’ and, ‘Let everyone who names the name of the Lord depart from iniquity.’”

Or, as expressed by the Lord Jesus Himself, “Not everyone who says to me, 'Lord, Lord,' will enter the kingdom of heaven, but the one who does the will of my Father who is in heaven. On that day many will say to me, 'Lord, Lord, did we not prophesy in your name, and cast out demons in your name, and do many mighty works in your name?' And then will I declare to them, 'I never knew you; depart from me, you workers of lawlessness.'” (Matthew 7:21-23)

Obviously, we can’t change how the world uses the terms “Christian” or “born-again Christian” or “evangelical Christian,” nor should we try to police the behavior of all those who claim to belong to the Lord. (If they’re within our own fellowship, the Word does give us guidelines; see 1 Corinthians 5.)

But what we can do is show the world what it really means to follow Jesus by living exemplary lives, empowered by His grace and helped by His Spirit.

After all, the world will come to conclusions about God and the Savior based largely on the way that we live.

Can we fault them for having such a low view of the gospel?