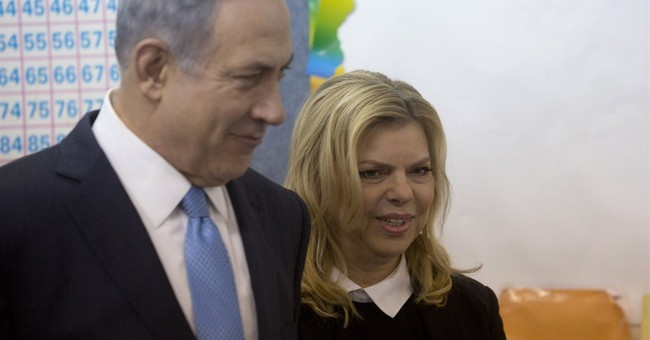 The United Nations, already infamous for its frequent displays of anti-Israel bias, has outdone itself this time.

But before we get to the most recent UN shocker, it’s important to understand that the UN’s discriminatory treatment of Israel is so pronounced that in 2013, UN Secretary-General Ban Ki-moon told Jewish students at the UN headquarters in Jerusalem that he recognized his organization’s often biased attitude towards their nation, stating that it was “an unfortunate situation.”

And Ban Ki-Moon was not the first UN leader to make such an admission. The Jewish Virtual Library reports that, “In his speech to open the 61st General Assembly of the United Nations in September 2006, then-Secretary General Kofi Anan admitted that Israel is often unfairly judged by the international body and its various organizations. ‘On one side, supporters of Israel feel that it is harshly judged by standards that are not applied to its enemies,’ Annan said. ‘And too often this is true, particularly in some UN bodies.’”

This has been a decades-long pattern, and so I recall hearing a Middle Eastern scholar from Lebanon say almost 25 years ago, “When Saddam Hussein uses nerve gas on his own people, the UN says nothing. When Israel uses tear gas, the UN takes action.”

His remarks were hardly exaggerated, and they remain accurate to this day.

Groups like UNWatch.org have documented the UN’s consistent policy of singling out Israel for rebuke and condemnation while virtually ignoring atrocities committed on a mass scale by other nations, including Israel’s neighbors.

To give one case in point, during the UN General Assembly’s 61st session (2006-2007), “the time spent by ambassadors on enacting the 22nd anti-Israel resolution of the year was time not spent on passing a single resolution on Sudan's genocide in Darfur.”

So, while Sudanese Christians were being slaughtered en masse by Muslim soldiers and gangs, the UN General Assembly spent its time enacting 22 anti-Israel resolutions.

This is as incomprehensible as it is unconscionable.

Just last year, “Israel was condemned by the UN 20 times. Afghanistan, China, Cote D’Ivoire, Cuba, Iraq, Sudan, Pakistan, Libya, Russia, Saudi Arabia, Turkey and Venezuela were condemned zero times. Iran, Syria and North Korea were condemned one time each. Moreover, the UN Human Rights Council, which is supposed to have so much on their plate worldwide, chose instead to condemn Israel 5 times on March 2014 alone.”

Yet as ugly as this history is, what happened last week is so extreme that one headline proclaimed, “No longer the UN, but UNAI – United Nations Against Israel.”

Are you ready for the most extraordinary example to date of the UN’s irrational – shall we say bordering on obsessive or even insane – bias against Israel?

As explained by Israeli journalist Noga Gur-Arieh, “At the closing of the 59th UN Commission on the Status of Women, this Friday, only one political resolution was passed; one that accuses Israel of mistreating Palestinian women, in all aspects of life.”

Yes, Israel was singled out for its treatment of women – not Saudi Arabia, where women can’t even drive, let alone vote; not Afghanistan, where women have been deprived of education; not other fundamentalist Muslim nations, where honor killings of women are common, where acid attacks on women are rampant, and where genital mutilation is practiced; not other countries where women can be raped with impunity and even killed afterwards for being defiled by rape.

Only Israel is singled out for criticism, despite it being one of the world’s true bastions of women’s rights, including the rights of Israeli Arab women (in other words, of Palestinian women living peacefully within Israel’s borders).

But rather than condemning Hamas or the Palestinian Authority for their mistreatment of women (including frequent honor killings and massive employment inequality) or for their failure to be true peace partners with Israel, thereby endangering their women, they choose to condemn Israel in perhaps their most biased action against Israel to date.

The official statement by Ron Prosor, Israel’s ambassador to the UN, said it all:

“If anyone has ever doubted that the UN is biased against Israel, today we got further proof. Of the 193 member states in this institution, dozens slaughter innocent civilians and impose discriminatory laws that marginalize women and yet they all get a free pass. The Commission on the Status of Women itself includes some of the worst violators of human rights, as Iran and Sudan.”

Yet it ignores these abusive nations and condemns Israel, which is a shining beacon of women’s rights, in particular in the Middle East.

Prosor, however, was hopeful, writing, “This façade won’t last long. With every condemnation of Israel, more and more people are becoming aware of the UN’s biased way of work. This, slowly but surely, strip the UN from its legitimization. While Syrian citizens are being executed by a megalomaniac Tyrant and people in Africa starve to death, the UN is busy flipping stones in Israel, searching for something to accuse us for not really doing.”

I hope Prosor is right, but there’s a reason that the world hasn’t caught on to the UN’s bias so far, and that’s most likely because it shares that irrational bias.

May Almighty God help us.