It's Wake Up Time, City Of Charlotte 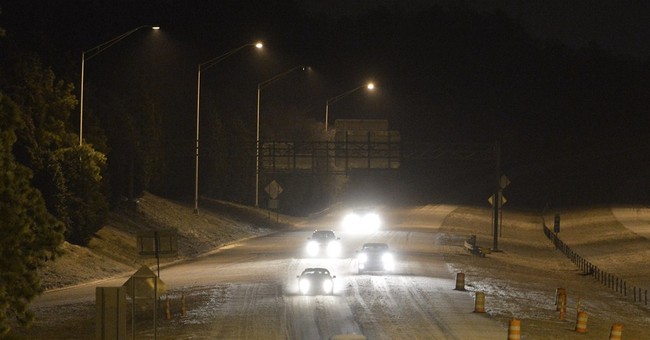 In the name of anti-discrimination, the City Council of Charlotte, North Carolina is poised to discriminate against people of conservative moral values, also imposing the struggles of a tiny minority on every man, woman, and child who lives or works in Charlotte or might happen to visit the city.

It’s wake up time, Charlotte! It’s not too late to make a change.

According to an in-depth review by a team of lawyers with the Alliance Defending Freedom, a new bill, which the City Council will vote on after a public meeting on Monday, February 23rd, “does not contain adequate safeguards for constitutionally protected speech and free exercise of religion.”

If the bill is passed, it would raise the following legal concerns:

1) “It will infringe First Amendment free speech and free exercise rights by requiring business owners to engage in certain activities, or support certain messages, in violation of their religious beliefs.”

Just ask florist Baronelle Stutzman what this means in practical terms. As noted by the ADF, Baronelle, the owner of Arlene’s Flowers in Richland, Washington, “has for her entire 40-year career served and employed people who identify as gay and lesbian. But when one of her long-time clients asked her to create the floral arrangement for his same-sex ceremony, Barronelle declined,” believing that “marriage is a sacred institution, created by God, and that it is only the union of a man and a woman.”

It has been Baronelle’s practice to carefully create “each wedding floral arrangement, designing the flowers to communicate the beauty and joy of the event,” and so she “believed that it would be wrong for her to use her artistic talents to create floral arrangements for a wedding that she believed to be in conflict with God’s intention for marriage. So she declined to create the requested arrangements, but she gladly referred her long-time customer to another florist.”

In the case of 70-year-old Baronelle Stutzman, although the “customer easily found another florist, going with one of the florists to which [she] had referred him . . . he and his same-sex partner filed a complaint against Barronelle anyway pursuant to Washington’s sexual-orientation nondiscrimination law.”

The state attorney general has joined in the case against her, and if the case succeeds, she will lose her business of more than four decades and face personal financial devastation.

Cases just like hers are being brought across the country.

City of Charlotte, this could be coming to you next. It’s time to wake up!

2) This bill “will require businesses, private clubs, and perhaps even churches and other houses of worship, to make their restrooms open to both sexes, and also force fitness centers to make their restrooms, locker rooms, and shower rooms open to both sexes. This will violate the constitutional right to privacy and place these entities at risk of lawsuits.”

I remind you that this is not the analysis of some internet conspiracy theorist. It is the analysis of seasoned attorneys who are dealing with similar laws and bills and court cases around the country.

I’m all for having compassion on people who struggle with gender identity, but there is no reason for them to impose their struggles on everyone else.

Fathers and grandfathers, do you want to send your 10-year-old daughter or granddaughter into the restroom at MacDonald’s only to have her come running out saying, “Daddy (or, Grandpa), there’s a man in the bathroom dressed like a lady!”

Husbands, do you want your wife showering at the local gym next to a man who identifies as a woman?

This is what the new bill would allow, and it is nothing less than social madness.

Women of Charlotte, mothers and daughters, how do you feel about this?

It’s time to wake up!

3) The bill “will require the City to engage in impermissible discrimination on the basis of religion when it chooses businesses with which to contract.”

If you don’t embrace the bill, you will be labeled homophobic and bigoted, and there is every reason to think that the city will not want to do business with you.

Businessmen and women of Charlotte, is this what you want?

Pastors and spiritual leaders, are you going to let this happen on your watch?

What makes this new bill all the more ironic is that Charlotte is not suffering from all kinds of discrimination based on sexual orientation.

The Human Rights Campaign, the world’s largest gay activist organization, is welcomed to the city each year like royalty, with companies like Bank of America and Wells Fargo boasting of their support.

As for “discrimination” based on gender identity, surely we can agree that the rights of all need to be protected, and no one should be able to force a nursery school to hire a man who is “transitioning” to be a woman to teach and play with four-year-olds, while those who struggle with gender identity issues cannot expect “male” and “female” distinctives to be banished from society because of their very real struggles.

The good news is that there’s still time to act, so I appeal to every reader who lives in Charlotte to visit the North Carolina Values Coalition website and email and call every council member, respectfully asking them to vote against the bill, assuring them that you will not be able to vote for them in the future if they vote for the bill. And if you live outside of Charlotte but have friends who live there, then pass this article on to them.

Don’t let an unwise, discriminatory bill pass in the name of equality and tolerance.

And don’t hit the snooze button after you read this last line.