Should We Trust Iran? 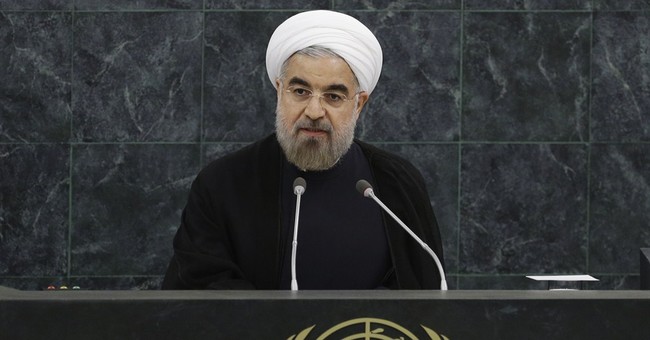 The new Iranian President Hassan Rouhani seems to have softened his tone towards Israel and, for the first time since the Islamic Revolution of 1979, the president of the United States has had direct communication with the leader of Iran. Does this signal a real change for the better? Can we really trust Iran? I seriously doubt it.

Israeli Prime Minister Benjamin Netanyahu is having none of it, telling reporters on his way to America (and with reference to his speech to the UN), “I will tell the truth in the face of the sweet-talk and onslaught of smiles.”

Is this then just a smiling façade, an Islamic ruse to pacify America and the international community while Iran continues to develop its nuclear capabilities?

On the one hand, Rouhani shocked the world with his Jewish New Year tweet on September 4th, wishing “all Jews” a happy Rosh Hashanah. Who saw this coming?

Then, after initially sidestepping an interviewer’s question as to whether he denied the Holocaust, as his predecessor Mahmoud Ahmadinejad infamously did, he replied on a subsequent interview on CNN, “I can tell you that any crime that happens in history against humanity, including the crime the Nazis created toward the Jews, is reprehensible and condemnable. Whatever criminality they committed against the Jews, we condemn.” (It’s important to note, though, that he reiterated that he was not a historian and therefore could not comment on the extent of the Holocaust, which means he could still hold to revisionist views.)

These are certainly extraordinary gestures by an Iranian leader, but there are still strong reasons for deep skepticism, including:

1) Although Rouhani is the president of Iran, he answers to the nation’s supreme leader, Ayatollah Ali Khamenei, and there is not the slightest hint that Khamenei has moderated his anti-Israel, anti-Western views. In fact, shortly after Rouhani’s CNN interview with Christiane Amanpour, the hardline Iranian news agency claimed that, “American news channel CNN fabricated the remarks made by Iranian President Hassan Rouhani in response to the network's question about the Holocaust.

“The CNN aired its interview with Rouhani on Tuesday but the news channel added to or changed parts of his remarks when Christiane Amanpour asked him about the Holocaust.”

2) Iran remains deeply committed to Islamic terror groups like Hezbollah. As reported by Reuters on September 26th, there are claims that Iran has invested 30 billion dollars in Hezbollah over the last 30 years, and there are no signs of that support abating.

Speaking of Hezbollah’s current involvement in Syria, a Lebanese security official who would not disclose his name to Reuters stated, “Even if (Hezbollah) has its wise men, the decision (to fight in Syria) is not theirs. The decision is for those who created and established it. They are obliged to follow Iran’s orders.”

3) Iranian backed groups within Iraq continue to foment unrest in that nation as well as directly attack Americans.

Within the last month, it was reported that, “Iranian-backed Shiite militias are threatening to retaliate against American interests inside Iraq if the United States goes ahead with strikes against the Tehran-allied government in neighboring Syria, according to Iraqi security officials and militants themselves.” And these reports have been taken seriously in Iraq – for good reason, given the many American and Iraqi deaths that can be attributed directly to such groups.

4) Despite a rising reform movement in Iran, the nation still remains militantly opposed to Israel.

Recent elections have given evidence to a movement that opposes Iran’s Islamic radicalism, and there are also reliable reports pointing to the dynamic growth of Iran’s underground church (consisting primarily of converts from Islam), but the national sentiment remains rabidly anti-Israel (and, by and large, anti-America), as evidenced in the annual Jerusalem Day celebration, this year taking place in early August.

Hundreds of thousands of Iranians join together for this major event, one which is important to potential and current political leaders as well, including President Rouhani, who spoke at this year’s celebration two days prior to his inauguration.

The crowds burn Israeli flags and chant “Death to Israel,” a refrain that BBC News notes “sounds as familiar to Iranian ears as any political slogan can get. The speeches and sermons are a repeat of the same narrative over and over: Israel is a usurper regime - not a country - and as a state, it lacks legitimacy.” Rouhani’s speech emphasized that point as well.

So, while the new president may be more measured in his speech than his predecessor, who was a notoriously loose cannon, and while we can certainly hope that Iran will one day change its tune, I for one don’t see that happening anytime soon – at least, not as long as the Khamenis of the world rule the roost.