From Philo-Semitism to Anti-Semitism: The Church of Scotland Then and Now 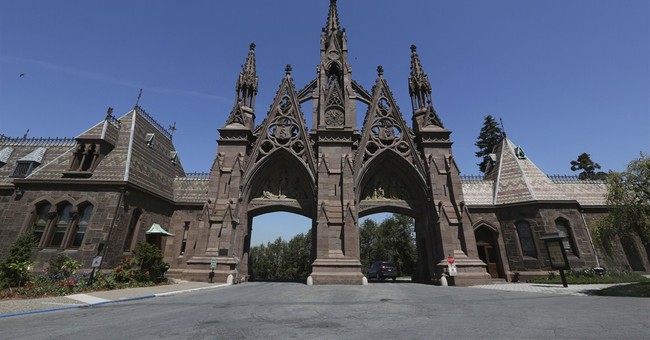 Dennis Prager and others have done an excellent job of highlighting the genuinely anti-Semitic content of a recent Church of Scotland publication entitled “The Inheritance of Abraham? A Report on the ‘Promised Land,’” and Prager has even called it “ugliest depiction of Jews since medieval times.” What has not been mentioned, however, is the great tradition of philo-Semitism in recent Scottish Church history, making the contrast all the more extreme.

Some of the great Scottish Presbyterian leaders of the 19th century built on the heritage of English Puritan theologians like John Owen (1616-1683), who wrote, “The Jews shall be gathered from all parts of the earth they are scattered, and brought home into their homeland.”

Robert Leighton (1611-1684), a contemporary of Owen, stated, “Undoubtedly, that people of the Jews shall once more be commanded to arise and shine [with reference to Isaiah 60:1], and their return shall be the riches of the Gentiles (Romans 11:12 [meaning, bringing spiritual revival to the nations]), and that shall be a more glorious time than ever the Church of God did yet behold.”

In stark contrast, the recent report states, “There has been a widespread assumption by many Christians as well as many Jewish people that the Bible supports an essentially Jewish state of Israel. This raises an increasing number of difficulties. . . .”

Another contemporary of Owen was Samuel Rutherford (1600-1661), a Scottish Presbyterian leader known for his passionate spirituality. But for him, the greatest dream of all was seeing the day when the Jewish people and Jesus would be reconciled, referring to Israel as Christ’s “last-married bride” and his “last marriage love on earth.”

For Rutherford, the Jewish people had a unique role to play in the world, and their embrace of Jesus as their long-forsaken King would literally be “life from the dead” (see Romans 11:15) for the world. He even wrote, “O to see the sight, next to Christ’s Coming in the clouds, the most joyful! Our elder brethren the Jews and Christ fall upon one another’s neck and kiss each other! They have been long asunder; they will be kind to one another when they meet.”

Representing a polar extreme from this position is the Church of Scotland’s recent report which actually denies any special “chosenness” to the Jewish people. Rutherford would be absolutely mortified.

In the 19th century, one of the most beloved of the Scottish Presbyterian leaders was Robert Murray M’Cheyne (1813-1843), known as Holy M’Cheyne because of the depth of his piety and devotion. In 1839, after returning from an exploratory mission to Palestine, he preached a sermon based on Romans 1:16, which states that the gospel is for the Jew first and also for the Gentile.

Some of the reasons M’Cheyne gave for this divine mandate were, “It is like God to care first for the Jews” and, “Because they will give life to the dead world.” (There’s that theme again about Jewish repentance bringing spiritual life to the whole world.) And based on the ancient promise to Abraham in Genesis 12:3, namely that God would bless those who blessed Abraham’s offspring, M’Cheyne and his colleagues believed in the principle of “Blessed is he that blesseth thee” (meaning the Jewish people).

Today, things have changed so dramatically that in 2010, M’Cheyne’s old church hosted a conference featuring Rev. Stephen Sizer, a British vicar who is so opposed to “Christian Zionism” that he has had to fend off charges of anti-Semitism. (In June 2011, Sizer gave an interview to Malaysian television “in which he alleged that ‘the Zionists’ had formed an alliance with the British far-right — ‘the very people who favored the work of Hitler’ — because ‘their common enemy are the Muslims.’”) Also aired at the 2010 conference was the preview of a film that I have openly referred to as “anti-Semitic hit piece.” What would M’Cheyne have to say about that?

Speaking in 1889, yet another famed Scottish Church leader, Andrew Bonar (1810-1892) remarked that, “Israel is the ‘everlasting nation’ who are to be life from the dead to all nations. And the sure word of prophecy declares, ‘He that scattereth Israel shall gather them’ [Jeremiah 31:10]. . . . ‘Yea, I will rejoice over them, and will plant them in their own land assuredly, with all My heart, and with all My soul’ [Jeremiah 32:41].”

He even cited this extraordinary verse in which the future of the world hung on Israel’s physical and spiritual restoration:

Crowned with her fairest hope, the Church

Shall triumph with her Lord.

And earth her jubilee shall keep,

When Israel is restored.

It is clear, then, that today’s leaders in the Church of Scotland have not only betrayed the Lord and the Scriptures, they have also betrayed their heritage and their souls. (For citations and bibliography, see Our Hands Are Stained with Blood: The Tragic Story of the “Church” and the Jewish People.)