The Church of Scotland's Scandal 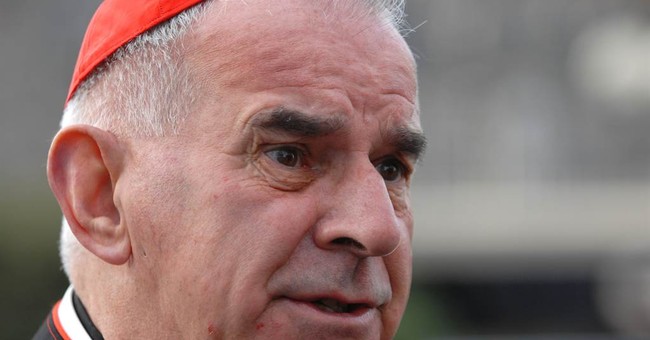 Trending
Earlier this month, the Church of Scotland issued a report titled "The Inheritance of Abraham? A Report on the 'Promised Land.'"

The essence of the report is that according to the Bible, Jews have no more attachment to the land of Israel than anyone else. Hence "promised land" is in quotation marks in the report's title -- because there is no promised land.

"Promises about the land of Israel," the report continues, "were never intended to be taken literally, or as applying to a defined geographical territory."

Even during the worst excesses of Christian anti-Semitism in the Middle Ages, it is doubtful that any normative Christian body declared that "Israel," "the temple," "Jerusalem" and "the land" no longer meant or were ever intended to mean what those words represent.

This claim is not only profoundly anti-Semitic. It is an act of theological forgery; it makes a mockery of the Bible as a coherent document and it renders Christianity inherently anti-Semitic.

It would be as if a major post-Christian religious body had announced that "Jesus," "Christ," "crucifixion" and "resurrection" had never meant what Christians and the New Testament had always understood them to mean. Imagine if a major Muslim body declared that Jesus means Muhammad; Christ means Quran; crucifixion means Islamophobia; and resurrection means the Hajj.

--The Church of Scotland report asserts that the Bible does not support the existence of a Jewish state: "There has been a widespread assumption by many Christians as well as many Jewish people that the Bible supports an essentially Jewish state of Israel. This raises an increasing number of difficulties. ... "

--It asserts that justice and the existence of a Jewish state are mutually exclusive: "There is a direct conflict of interest between wanting human rights and justice for all and retaining the right to the land."

--It asserts that the Jews' return to Israel has no biblical basis.

--It asserts that the notion that the Jews have or ever had a special relationship with God -- one of the most oft repeated ideas in the Hebrew Bible -- is negated in that very same Bible: "That exclusivist tradition implied Jews had a special, privileged position in relation to God. But the prophetic tradition stood against this." The Chosen People is not chosen, in other words.

--It asserts that God's promise of the land to Abraham has nothing to do with the Jews; it is only about Jesus: "The promise to Abraham about land is fulfilled through the impact of Jesus, not by restoration of land to the Jewish people."

--It asserts that even Jesus -- that proud, religious Jew -- did not believe in any special relationship between God and the Jews: "Jesus offered a radical critique of Jewish specialness ... "

At the same time, this truly immoral document does not devote a word to why there were Palestinian refugees: While the Jews accepted the 1947-48 partition of Palestine into Jewish and Arab states, all the neighboring Arab states rejected the partition and invaded the Jews in order to annihilate Israel at birth.

Nor does the report devote a single sentence to how Israel's occupation of the West Bank came about: In 1967, Israel's neighbors sought to exterminate Israel just as Iran, Hamas, Hezbollah and most Palestinians and other Muslims in the Middle East today wish to now. And that only because of that war, won by Israel, did Israel come to occupy the West Bank of Jordan.

Nor is a word devoted to Palestinian national honoring of their numerous terrorists, or to the exterminationist and anti-Semitic propaganda that saturates Middle East media or to the widespread Palestinian support for terrorism (according to the just-released Pew Forum poll of Muslims, 40 percent of Palestinians support suicide terror).

And the Church of Scotland did not think it important to even hint at what happened in Gaza after the Israelis gave the whole of Gaza to the Palestinians: The Palestinians converted it into a terror-state that regularly launches rockets into Israel to kill as many Israelis as possible.

And, most vile of all, the Church of Scotland never once notes, let alone condemns, the Muslim countries and organizations that seek to annihilate Israel, an existential threat that no other country or people in the world face.

The Church of Scotland has given voice to the ugliest depiction of Jews since medieval times. The official reaction of the Scottish Jewish community is that Christian-Jewish post-Holocaust dialogue seems to have been a moral and intellectual waste of time. I do not agree. But if other Christian churches do not condemn the Church of Scotland -- despite its promise to revise its report to include a statement that Israel has a right to exist (!) -- even pro-Christian Jews will wonder whether the Scottish Jewish community's reaction is valid.

And how did this happen? The report is a combination of medieval Christian anti-Judaism and contemporary leftist anti-Zionism. For Jews and Israel, that's a lethal combination.