Reform Prosecutors May Hang on, but National Democrats May Not

Michael Barone
|
Posted: May 21, 2021 12:01 AM
Share   Tweet
The opinions expressed by columnists are their own and do not necessarily represent the views of Townhall.com. 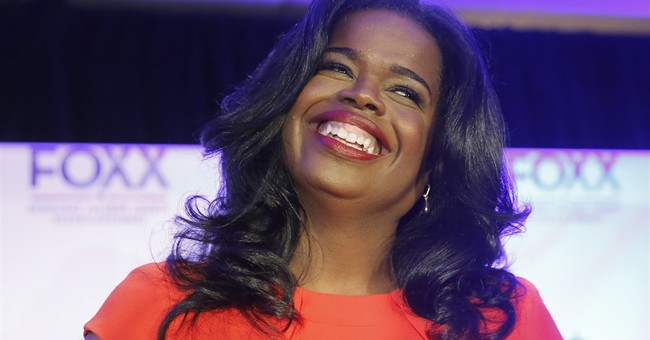 This week's Democratic primary election for Philadelphia district attorney could presage outcomes in the 2022 and 2024 elections, but not in the way the winner would like.

Foreigners are often surprised that Americans elect most of their local prosecutors -- and that these prosecutors can become major forces in public force. But we do and they can.

Thomas Dewey, as a 38-year-old Manhattan district attorney, was a major presidential candidate in 1940 and was the Republican nominee in the following two elections. Pat Brown got his political start as San Francisco DA, and he and his son, Jerry, were governors of California for 24 of the 60 years from 1958 to 2018. Vice President Kamala Harris' first electoral office was also San Francisco DA.

In Philadelphia, Arlen Specter switched to the Republican Party to be elected DA in 1965 and reelected in 1969, and a young assistant DA he hired, Ed Rendell, in 1977 defeated the man who beat him in 1973. Their careers as senator, mayor and governor lasted until 2010.

Politically upwardly mobile DAs have typically been tough on crime. That's not the case -- just the opposite -- for Larry Krasner, the incumbent Philadelphia DA who was renominated Tuesday, and for the other "reform" prosecutors backed by billionaire George Soros, who have been elected in Chicago, St. Louis, San Francisco, Los Angeles and Boston.

As for Philadelphia's huge increase in homicides -- 499 were killed in 2020, the most since 1990 -- Krasner blames them on COVID-19 and shutdowns. He doesn't seem to connect that with the "mostly peaceful" protests and Black Lives Matter demands for defunding the police that began after George Floyd died last May.

Sympathetic media and academe take the same view. A January New York Times article looking back on the 2020 crime spike never mentions BLM or the protests in its 1,983 words. A Princeton sociologist interviewed in The Atlantic avoids mentioning BLM and, while admitting police withdrawal from "dominating public spaces" was followed by an upsurge in crime, nevertheless denies that "protests cause violence."

Evidently, most Philadelphia Democratic voters -- or those who showed up on Tuesday -- agreed. In figures available at this writing, Krasner defeated challenger Carlos Vega by a 65% to 35% margin. But reported turnout was only about 164,000, far under the 743,000 in November 2020, when Philadelphia voted 81% to 18% for Joe Biden.

The result possibly would have been closer, or different, with a larger turnout. Another Soros-backed "reform" prosecutor, Cook County State's Attorney Kim Foxx, had more difficulty running for reelection in 2020, after abruptly dropping charges against hate-hoaxing actor Jussie Smollett in 2019.

Foxx won renomination with just 50.2% over three opponents last March and won reelection over a Republican in November, with just 54%, far below Joe Biden's 74% the same day and the 72% she won in 2016. That's with presidential-year turnouts of 892,000 and 2.2 million, respectively.

But the real political peril may come to national Democrats. Their kente cloth-clad congressional leaders took a knee for Black Lives Matter in June 2020 and then suffered unexpected House seat losses in November. "The Republican attacks against the 'defund the police' movement," a recent post-mortem concluded, "proved more potent than Democrats ever anticipated."

Soros-backed "reform" prosecutors have won in jurisdictions dominated by central cities with large black or Hispanic populations and whose white liberal college-graduate voters, as The New York Times' Thomas Edsall has noted, are more "anti-racist" than blacks.

Almost entirely absent in these cities and counties are the white ethnic non-college-graduate homeowners who cast crucial votes against soft-on-crime mayors and prosecutors in the high-crime years of 1975 to 1995. Staten Island and Queens made Rudy Giuliani mayor of New York in 1993, and blue-collar Delaware suburbs with Philly TV prompted Joe Biden to sponsor the crime bill in 1994.

But most such voters in "reform" prosecutor constituencies have died or moved to Florida or Texas or far-out exurbs. Where they still linger, in downscale Cook County suburbs, they've voted anti-"reform."

The problem for Democrats is that there are many more like-minded voters beyond these heavily Democratic cities and counties, and that poll after poll after poll shows support dwindling for Black Lives Matter and defunding the police -- even, as their increased support for Donald Trump in 2020 suggests, among some Hispanics and blacks.

For just as liberal voters tend to vastly overestimate police violence against blacks, so Soros' "reform" prosecutors seem to underestimate the number of offenders capable of repeated vicious violence. Unfortunately, there are some people who are genuinely vicious and unpredictably violent, from whom the larger public deserves and demands protection. If the body count goes on, Soros' "reform" prosecutors may hang on, but a lot of Democrats across the country may not.