Michael Barone
|
Posted: Jul 17, 2020 12:01 AM
Share   Tweet
The opinions expressed by columnists are their own and do not necessarily represent the views of Townhall.com. 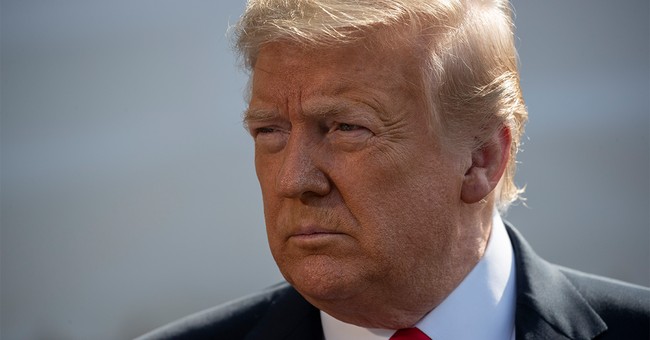 You could say it's all Donald Trump's fault. His bad qualities -- his carelessness about facts, his obstinance about admitting error, his contempt for others' views -- have turned out to be contagious, to the point that you could argue they're more damaging to his opponents than to him.

This started early on, during the 2016 campaign. "I will look at it at the time," Trump replied when asked during the final fall debate whether he would concede if he lost. "That's horrifying," Hillary Clinton replied, quite reasonably.

Or perhaps this was a case of projection, the psychological term for assuming your adversary would do what you would do if you were in his or her shoes.

Projection may also be at work when Trump's political opponents emulate his habit of refusing to admit error and apologize for mistakes.

A prime example is New York Gov. Andrew Cuomo, who, like the president, grew up in one of the more verdant neighborhoods of Queens, the son of a man who rose from humble beginnings to considerable renown.

Cuomo has been hailed, not least by himself, as a hero for his response to COVID-19. But his judgment, as even CNN's Jake Tapper has argued, has not been flawless. His health commissioner's March 25 order requiring nursing homes to admit patients infected with the virus clearly resulted in the deaths of hundreds, perhaps thousands, of elderly residents whose vulnerability was apparent early on.

As I argued in a mid-May column, this order (and similar ones in New Jersey and Michigan) may have been issued to keep hospital ICUs from being overwhelmed -- which seemed a possibility at the time but didn't happen.

But Cuomo, who defends lockdowns as worthwhile if they save just one life, insists he made no mistake. A better defense is to admit that no policy can prevent every virus death and that balancing risks of unknowable magnitude will always be subject to error.

Trump's carelessness with facts, his frequent criticisms of "fake news" and his cavalier remarks about making it easier for public figures to sue for libel made many of his opponents fear he would clamp down on freedom of speech.

Some liberals began describing themselves as The Resistance, summoning up visions of French resistance to the Nazis. "Democracy dies in darkness," The Washington Post started proclaiming on its front page.

Perhaps projection was at work here as well, for the unhappy fact is that the parts of our society that are most firmly controlled -- and almost entirely peopled -- by those on the left half of the political spectrum are also the places where freedom of speech is most under attack: academia and journalism.

Speech codes and restrictions, as readers of my columns know, have become standard operating procedures in many, perhaps most, colleges and universities. They are justified on the theory that certain speech -- labeled, plausibly or not, as bigotry or racism -- is tantamount to violence.

Newsroom pressure resulted in the resignation of New York Times editorial page editor James Bennet last month and the resignation of editor Bari Weiss this week. As she wrote in a stinging resignation letter to publisher A. G. Sulzberger, "A new consensus has emerged in the press, but perhaps especially at this paper: that truth isn't a process of collective discovery, but an orthodoxy already known to an enlightened few whose job is to inform everyone else."

"Twitter is not on the masthead of The New York Times," she went on. "But Twitter has become its ultimate editor." No coincidence, perhaps, that it's also the favorite medium of expression of Donald Trump.

A more notable journalist is resigning this week, Andrew Sullivan from New York Magazine. He is full of contempt for Trump, but he has been writing about "the crudeness and certainty" of "the new orthodoxy" that America is "systematically racist, and a white-supremacist project, from the start," which is the central thesis of The New York Times' 1619 Project.

This unorthodoxy surely hasn't gone unnoticed in the New York Magazine newsroom, though Sullivan will surely land on his feet. And he'll go down in history with Jonathan Rauch as the pioneering advocates who literally changed a nation's mind on same-sex marriage.

Rauch and Weiss are among the 150 signers of the Harper's Magazine letter endorsing "the free exchange of information and ideas, the lifeblood of a liberal society." The letter starts with a rote description of Donald Trump as "a real threat to democracy," but its clear thrust is that the real threat to free exchange today is not Trump but his perhaps-projecting opponents.