We're Living in the (Almost) Best of Times

Michael Barone
|
Posted: Dec 27, 2019 12:01 AM
Share   Tweet
The opinions expressed by columnists are their own and do not necessarily represent the views of Townhall.com. 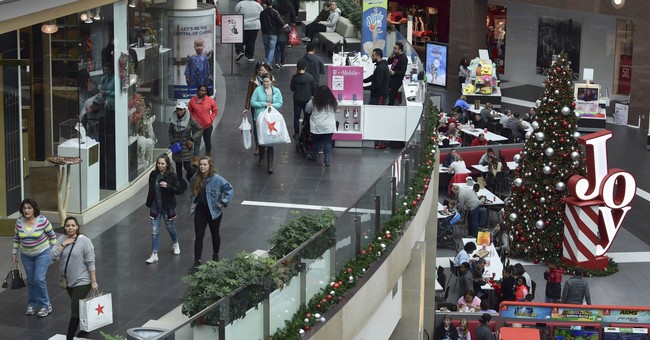 The best of times, the worst of times. Your instinct on which one we're living through is affected by your basic temperament, but it also depends on how well you're observing -- and quantifying -- things in the world around you.

Temperamentally, in the United States -- or at least in that loud, if not large, part of it dominated by political tweets -- the overwhelming weight of opinion, crossing party lines that are unusually rigid in this period of American history, is that we live in the worst of times.

President Donald Trump, enjoying all-but-unanimous support from Republicans in polls, tells us that we are living on the brink of disaster, at risk of being sucked under the sludge by vicious creatures of the swamp.

Trump opponents, including almost the whole of the Democratic Party and a tattered but still loudly chirping fragment of the Republican Party, assure us that we are entering the dark night of Nazism, racism and violent suppression of all dissenting opinion.

To which I say: Nonsense.

As does, in more elegant terms, science writer and British House of Lords voting member Matt Ridley in the British Spectator. "We are living through the greatest improvement in human living standards in history," he writes of the decade just ending.

"Extreme poverty has fallen below 10 per cent of the world's population for the first time," Ridley writes. "It was 60 per cent when I was born," which was in 1958, a year that some of us can actually remember.

Of course, you may say economic progress made since China and India discovered the magic of free markets has helped people over there but that over here, in advanced countries, we're not growing, just gobbling up and wolfing down more of the world's limited resources.

Not so, replies Ridley. Consumers in advanced countries are actually consuming less stuff (biomass, metals, minerals or fossil fuels) per capita, even while getting more nutrition and production from it. Thank technological advances and, yes, in some cases, government regulations.

We're also experiencing, as a world and in advanced countries and domestically, less violence and more in the way of peace. That's the argument of Harvard psychology professor Steven Pinker in his book "The Better Angels of Our Nature." Wars are infrequent and less deadly than in the past.

So is violent crime in the United States and other advanced nations. It used to be taken as given that disadvantaged young males, especially those minorities discriminated against, were hugely likely to commit violent crimes. Now, thanks to improved policing and changed attitudes, far fewer do so.

The natural tendency of most people is to ignore positive trends. They are neither the lead stories on your local newscast nor mentioned in shouting matches on cable news. People usually focus on complaints and grievances. And there are worrying negative countertrends, like the opioid abuse that has cut life expectancies down for some demographic groups.

And we tend to focus on negative trends, even after they've been reversed. Illegal border crossings peaked just before the 2007-08 financial crisis and are much fewer -- though not zero -- today. Low-skilled workers' wages for years rose little or not at all, as politicians of both parties complained. Since 2016, they've been rising faster than average, but only Trump's fans seem to have noticed; Democrats probably will if the trend continues when their party has the White House.

One can even make the case that where we lament sluggish economic growth -- Japan since 1990, continental Europe since 2001, the U.S. from 2007 up through 2017 -- judged in any historic perspective, living standards remain more than comfortable.

That's a reminder that the positive force of democratic politics tends to produce the negative force of cynical partisanship, visible today not just in Donald Trump's America but in most of Europe and much of Asia. But nationalistic politics has not undermined civil liberties, and the center-left's fumbling attempts to sell economic redistribution suggest that people are actually better off than their grumbles to pollsters suggest.

Of course bad things can happen in even the best of times, and a minor cloudburst can spoil a bright summer day. But at year's and decade's end, our grumbling society is closer to the best of times than to the worst of times.