Can Anti-Trump Hatred Carry the House for Democrats?

Michael Barone
|
Posted: Oct 19, 2018 12:01 AM
Share   Tweet
The opinions expressed by columnists are their own and do not necessarily represent the views of Townhall.com. 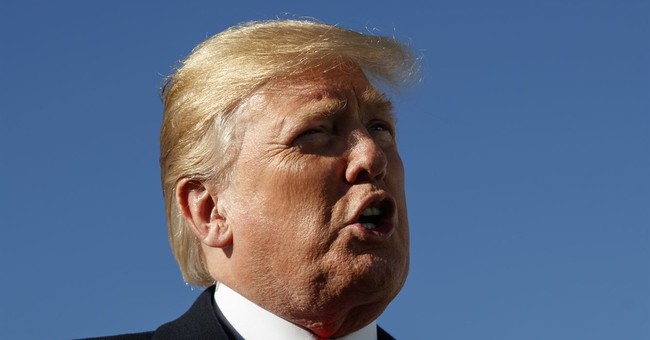 "I have some thoughts on 'enthusiasm' and the election," tweeted Amy Walter, the Cook Political Report's ace analyst of House races. What I and, I suspect, others expected to follow was a discussion of how voters' enthusiasm, positive or negative, tends to determine who wins elections, especially in off-year elections, when turnout is more variable.

Democrats had greater enthusiasm in 2006 and won both houses of Congress; Republicans had even more enthusiasm in 2010 and gained the largest number of House seats either party had since 1948.

In this off-year election cycle, it's been obvious for months that Democrats have greater enthusiasm, almost entirely of the negative variety. They've been itching to inflict damage on President Trump and on the political party he chose to associate himself with three or four years ago in order to get elected president.

We've seen the results in Democratic-tilted turnout in special elections and in Democratic breakthroughs in polls. Pundits and psephologists have been predicting that Democrats would gain vast numbers of House seats.

And that may be the case if, as many analysts have concluded, enthusiasm among Republican voters has risen sharply, up toward or even with the Democrats' level, because of the hearings over the Supreme Court nomination of Brett Kavanaugh.

Many of them really didn't like the way Justice Kavanaugh was treated; they seem determined to inflict damage on the Democrats who violated the usual process, and the banshees television viewers could hear shrieking in the hearing room chamber and clawing at the doors of the Supreme Court across the street.

Walter's tweet goes on: "regardless of what turnout looks like in Nov., Dems used their 2017-18 energy to recruit candidates, raise $$. Without that, there is no extended House map. And, House isn't in play."

Walter's implicit thesis that candidates' decisions to do the unnatural thing of running for Congress can, pretty much by itself, change partisan results and public policy is supported by history.

Democrats' 48-seat gain in 1974 resulted from the candidacies of dozens of ambitious young liberals disgusted with the Vietnam War, Watergate and former President Richard Nixon. They cut off funding for South Vietnam, steadily increased Medicaid funding and imposed liberal discipline on what had been a disunited caucus. They cemented Democrats' hold on the House for 20 years.

Republicans' 54-seat gain in 1994, engineered in large part by citizens motivated to run by Newt Gingrich, resulted in similar reforms (election of committee chairmen), and they ended up promoting welfare reform, budget surpluses and a market-driven Medicare prescription drug program. Starting in 1994, Republicans have won House majorities in 11 of 13 elections, a formidable record even if they lose this year.

Republicans' 63-seat gain in 2010 has not been as productive, in large part because of tea partiers' distrust of Republican congressional leaders. Their record in the Trump years has been spotty: unity on tax cuts but division on Obamacare repeal and dithering on immigration.

The odds seem to be declining that 2018 will see such large gains in House seats for the party out of power. Nate Cohn of The New York Times Upshot blog, which has been conducting dozens of House race polls, has noted that he saw a trend of Democrats being "able to do well in red states/districts" that has "abruptly come to an end" in their data since the Kavanaugh nomination fight.

This suggests Democrats could gain most of the 23 Republican districts Hillary Clinton won in 2016, which would get them near the net gain of 23 seats they need for a majority, but would have a hard time gaining seats that voted for Donald Trump. That's the pattern in the Virginia state legislative races in November 2017.

But all those enthusiastic candidates who stepped forth and volunteered to run, campaigned hard and raised piles of money, Amy Walter suggests, will probably win enough seats to give Democrats at least a small majority.

We'll see - and we'll see if the young, highly motivated Democrats make a difference on policy, as the 1974 Democrats and 1994 Republicans did, or if their enthusiasm fizzles out in a frenzy of harassment of Donald Trump.