Obama Administration's Spying on Trump a Departure From Norms

Michael Barone
|
Posted: May 25, 2018 12:01 AM
Share   Tweet
The opinions expressed by columnists are their own and do not necessarily represent the views of Townhall.com. 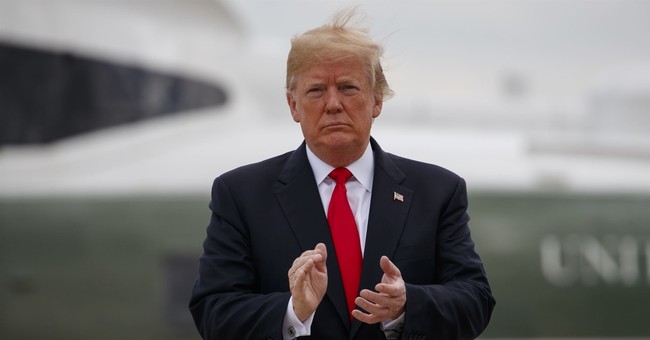 "F.B.I. Used Informant to Investigate Russia Ties to Campaign, Not to Spy, as Trump Claims," read the headline on a lengthy New York Times story May 18. "The Justice Department used a suspected informant to probe whether Trump campaign aides were making improper contacts with Russia in 2016," read a story in the May 21 edition of The Wall Street Journal.

So much for those who dismissed charges of Obama administration infiltration of Donald Trump's campaign as paranoid fantasy. Defenders of the Obama intelligence and law enforcement apparat have had to fall back on the argument that this infiltration was for Trump's -- and the nation's -- own good.

It's an argument that evidently didn't occur to Richard Nixon's defenders when it became clear that Nixon operatives had burglarized and wiretapped the Democratic National Committee's headquarters in June 1972.

Until 2016, just about everyone agreed that it was a bad thing for government intelligence or law enforcement agencies to spy -- er, use informants -- on a political campaign, especially one of the opposition party. Liberals were especially suspicious of the FBI and the CIA. Nowadays they say that anyone questioning their good faith is unpatriotic.

The incumbents' qualms had some rational basis. But their attempts at surveillance were misbegotten. Back in 1972, my brief experience in campaigns left me skeptical that you could learn anything useful by wiretapping the opposition. If you were reasonably smart, you should be able to figure out what a reasonably smart opposition would do and respond accordingly. Subsequent experience has confirmed that view. It's a different story if you face irrational opposition. It's hard to figure out what stupid people are going to do.

Similarly, it's hard to figure out what the Obama law enforcement and intelligence folks had to gain by spying. Candidate Trump's bizarre refusals to criticize Vladimir Putin and Russia were already a political liability, criticized aptly and often by Hillary Clinton and mainstream media.

But neither the Obama informant/spy nor Robert Mueller's investigation has presented additional evidence of Trump collusion with Russia. None of Mueller's indictments points in that direction, and Trump's foreign policy over 16 months has been far less favorable to Russia than Obama's.

Both the Watergate wiretap and the Obama appointees' investigator/spy infiltration were initially inspired amid fears that the upstart opposition might win. The Watergate burglary was planned when Nixon's re-election was far from assured. A May 1972 Harris Poll showed him with only 48 percent against McGovern. It was only after the Haiphong harbor bombing and Moscow summit in early June made clear that U.S. involvement in Vietnam was ending that Nixon's numbers surged -- just before the June 17 burglary.

In March 2016, it was conventional wisdom that Trump couldn't be elected president. But his surprising and persistent strength in the Republican primaries left some doubtful, including the FBI lovebirds who instant messaged their desire for an "insurance policy" against that dreaded eventuality.

Their unease may have owed something to their knowledge of how the Obama Justice Department and FBI had fixed the Hillary Clinton emails case. Clinton wasn't indicted but was left with a disastrously low 32 percent of voters confident of her honesty and trustworthiness.

There are two obvious differences between Watergate and the Obama administration's infiltration. The Watergate burglars were arrested in flagrante delicto, and their wiretaps never functioned. And neither the FBI nor the CIA fully cooperated with the postelection cover-up.

Has an outgoing administration ever worked to delegitimize and dislodge its successor like this? We hear many complaints, some justified, about Donald Trump's departure from standard political norms. But the greater and more dangerous departure from norms may be that of the Obama officials seeking to overturn the results of the 2016 election.