Both Parties Trying Even Harder to Defeat Themselves

Michael Barone
|
Posted: Oct 27, 2017 12:01 AM
Share   Tweet
The opinions expressed by columnists are their own and do not necessarily represent the views of Townhall.com. 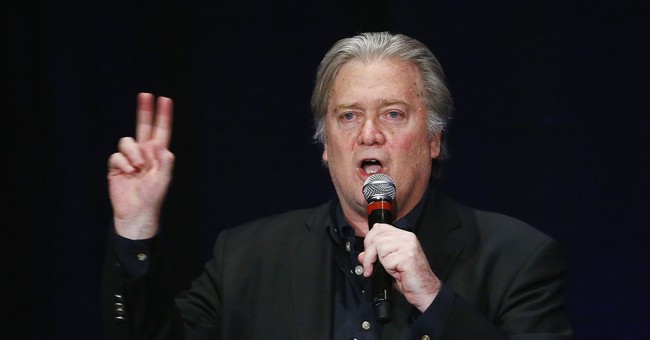 Three weeks ago, I wrote a column about how both parties seem determined to lose the next elections. Since then, the pace has accelerated.

The clamor is more visible -- and more assiduously reported by mainstream media -- among the Republicans.

George W. Bush and John McCain, who have been on or the son of someone on the presidential ticket in seven of the past ten elections, gave speeches lamenting the political culture and, by inescapable inference, the style and substance of Donald Trump.

Vitriolic criticism of the president came from Sen. Bob Corker, R-Tenn., who had already announced he would not be running for re-election, and from Sen. Jeff Flake, R-Ariz., in a Senate chamber speech announcing he'd made the same decision.

Unsurprisingly, Trump tweeted his contempt for the two senators. Trump enthusiasts bragged that threats of opposition from former White House aide Steve Bannon had forced them out of running.

Corker might have faced serious primary opposition in a state whose primary Trump won with 39 percent of the vote (though Ted Cruz and Marco Rubio combined got 46 percent). Now Rep. Marsha Blackburn, R-Tenn., who has sounded her support of Trump but is no rebel against the congressional leadership, seems to be the clear favorite.

In Arizona, Flake's 2018 chances were already dim. His cheerful support of comprehensive immigration bills dismayed many Republican voters, while his solidly conservative record on other issues put off independents. He won by three percentage points in 2012, in a state Mitt Romney carried by nine, and he was far behind in primary pairings against conspiracy-curious state legislator Kelli Ward, who lost the 2016 primary to John McCain by just a 51-40 percent margin.

Other Republicans will run in Arizona, probably with better chances of winning than either Flake or Ward. But the Republicans' internecine struggle, as well as Bannon's mindless pledge to oppose all incumbent senators except Ted Cruz and demand candidates pledge to oust Senate Majority Leader Mitch McConnell, will not put Republicans in winning posture nationally.

The parties' impulse to self-defeat is apparent in Alabama's December special Senate election to fill Jeff Sessions' seat. Republicans nominated Roy Moore, twice ousted as state chief justice for disobeying federal court orders, and he is running far behind Trump's 2016 numbers because he's something of a nut. He "believes 9/11 was divine retribution for our sins," National Review's Jonah Goldberg writes, and is "an anti-Muslim bigot who can't quite bring himself to rule out the death penalty for homosexuals."

Bannon claims credit for his primary win over gubernatorial appointee Luther Strange, whom Trump endorsed. But Strange was damaged by the governor's forced resignation and Trump's rally speech on his behalf, which was dominated by his denunciation of NFL players.

Meanwhile, Democratic nominee Doug Jones, with a respectable resume as a federal prosecutor, is singing out of the national Democrats' increasingly left-wing hymnal, favoring third-trimester abortions (unpopular not just in Alabama but nationally). Moore's weaknesses will surely get Jones above Hillary Clinton's 34 percent in the state, but Moore could lose a lot of Trump's 62 percent and still win.

Jones' course, like Flake's statement that there's no way forward for him among Republicans may reflect a calculation that his party's base has changed. Democratic political scientists used to argue that polarization was caused entirely by Republican voters' and officeholders' move to the right.

But polling released by the Pew Research Center this month shows that the growth of the interparty gap since 2011 has been caused almost entirely by Democratic voters and officeholders moving to the left.

The percentage of Democrats believing that immigration "strengthens the country" has increased from 48 percent in 2010 to 84 percent this year. In line with this, congressional Democrats are resisting Trump's demands for E-Verify for job applicants and greater visa controls in the United States.

And they're listening to spokesmen for "dreamers" -- immigrants who were brought here illegally as children -- when they insist that not only they but also their parents be given legal status.

The case for giving dreamers legal status is popular and has been embraced even by Trump. But the argument for giving legal status to the parents who acted illegally is difficult to defend without arguing for totally open borders -- a case increasingly attractive to Democratic voters explicitly and Democratic officeholders inferentially.

The only thing preventing both parties from defeating themselves is the fact that elections are a zero-sum game in which one side must win.