Michael Barone
|
Posted: Oct 13, 2017 12:01 AM
Share   Tweet
The opinions expressed by columnists are their own and do not necessarily represent the views of Townhall.com. 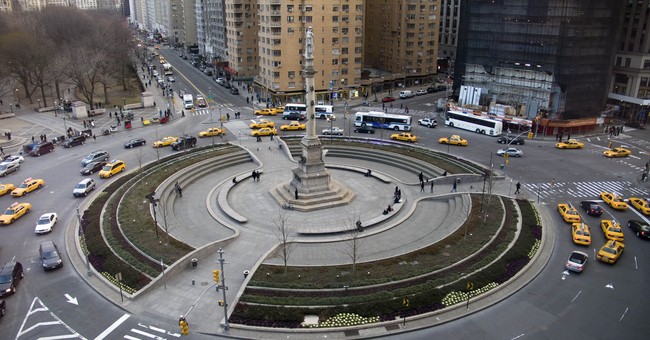 Is America in a new Gilded Age? That's the contention of Republican political consultant Bruce Mehlman, and in a series of 35 slides, he makes a strong case.

In many ways, problems facing America today resemble those facing what we still call "turn-of-the-century" America, the 1890s to the 1910s. Just as employment shifted from farms to factories a century ago, it has been moving from manufacturing to services recently.

Financial crashes are another point of resemblance, coming precisely 100 years apart. The panic of 1907 was resolved when J.P. Morgan locked his fellow financiers in his library and required them to pony up funds to save failing banks. Something similar happened in 2007, this time with Ben Bernanke in the bowels of the Federal Reserve.

Technology's providing new products and threatening incumbent businesses is a feature of both epochs -- with huge steel mills and automobile factories then and smartphones and mouse clicks today. Monopoly power reared its ugly head then and is doing the same now. Railroads and steel and oil muscled potential regulators then; retail-dominating Amazon and political communication censors Google and Twitter are now.

Income inequality was actually greater in the 1920s (and probably earlier, but the statistics are incommensurate) than today. And immigration as a percentage of the pre-existing population was three times as high in the peak year 1907 than in the peak year 2007.

In all these respects, the problems -- or perceived problems -- of Americans today more closely resemble those facing the Americans of 100 years ago than they resemble the problems of the era that is generally taken as a benchmark, especially by commentators of a certain age (including me), the two decades after World War II.

But Mehlman's list is not exhaustive. And the items omitted are perhaps even more troubling than those already mentioned.

But if you look back to 1900 or 1910, the numbers look a lot like the numbers now. Americans then married at later ages, and more people didn't marry at all in that period than during the postwar years. Divorce was far less common than today, but many more marriages were ended early by spouses' deaths.

And how did the many single men and women get along in turn-of-the-century America? Some lived quietly with relatives as bachelor uncles or maiden aunts. But many men also lived lives disconnected from stable communities, riding the rails or doing stints at odd jobs.

Substance abuse is another common theme. Alcohol consumption was actually considerably higher 100 years ago than it is today; Prohibition, which took effect in 1920, really did significantly reduce alcoholism and improve public health. And though oxycodone was not available then, drugs were a problem.

You can see it lurking just around the corners in the turn-of-the-century novels of Theodore Dreiser and Frank Norris and even the aristocratic Edith Wharton. Respectable forces choked off the explicit narratives we are used to today, not because unrespectable behavior wasn't common but because they knew it was.

Mehlman notes that various political, market and social reforms addressed problems of turn-of-the-century America. He might have added that immigration -- beneficial on the whole but greatly disturbing to many -- was largely ended by legislation in 1924 and wouldn't have continued during the Depression or World War II in any case.

The problems he doesn't mention were addressed, as well -- by public schools dedicated to Americanization, by the outreach of Protestant and Catholic churches and voluntary organizations such as the Boy Scouts and Girl Scouts. Clearly, something like this could help the people Charles Murray describes as left behind.

But some of the homogenizing forces that produced the high family stability, the cultural consensus and the high church membership of postwar America were pretty dire. The Great Depression tended to equalize incomes and wealth by lowering incomes and destroying wealth. Not desirable, however much you dislike economic inequality.

World War II, with 16 million Americans out of 131 million in the military, brought together people from diverse backgrounds and hostile regions, and GI benefits gave veterans a leg up on attending college and buying homes. Good effects, but no sane person wants a total war.

As Bruce Mehlman suggests, political and economic reforms could address the problems he identifies today as such reforms did 100 years ago. But it's not clear what could be done about the problems he leaves to the side.