Michael Barone  |  Dec 06, 2016
The opinions expressed by columnists are their own and do not necessarily represent the views of Townhall.com.
Top Columns
Trending on Townhall Media 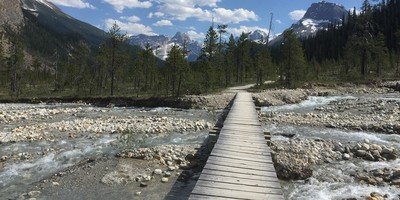 Reflections from Rocky Top Allen West
They're still counting the votes, going on four weeks after the election, in California. In Brazil, a nation with much more challenging geography, they manage to do it in five hours.

The first is that Electoral College loser Hillary Clinton won a plurality of the popular vote by a considerably wider percentage than her counterparts in the elections of 2000 and 1888 -- Al Gore and Grover Cleveland, respectively -- though she apparently won by a slimmer margin than Samuel Tilden in 1876.

The second is that the most populous state was a political outlier, voting at one extreme in the national political spectrum.

You can see this easily if you array the states in order of Democratic percentage. At the top, before any state, was the District of Columbia, where 91 percent of voters chose Clinton. Next, some 5,000 miles away, was Hawaii, which went 63 percent for Clinton. Then came giant California, the nation's most populous state. As I am writing this, the latest count has California at 62 percent Democratic.

Well, yeah, you might say. California has been called the Left Coast for quite a while. Just about everyone in the Silicon Valley except Peter Thiel and in Hollywood except Pat Sajak supported Clinton. White middle-class families have been pretty much priced out of the state by high taxes and housing costs, and the Hispanic and Asian immigrants who have replaced them vote far more Democratic.

Those developments have put California increasingly out of line with the national average. In 2012, six states and D.C. were more Democratic. In 2008, it was eight states and D.C.; in 2004, it was seven. Now it is only one -- and not by much.

The trend is recent -- and clear. California was about 14 points more Democratic than the nation this year, versus 10 points in 2012, 9 points in 2008 and 6 points in 2004 and 2000. In the nine elections before that and after California passed New York to become the most populous state in 1963, the average of California's Democratic and Republican percentages was never more than 5 points off the national figures. In four of the five elections between 1964 and 1980 (the exception was the McGovern year, 1972), it actually voted more Republican than the nation as a whole.

In this respect, it resembled New York, the most populous state in every census from 1820 to 1960. In elections from 1856 to 1960, New York's Democratic and Republican percentages seldom varied more than 5 points from the national average.

The exceptions were 1928, when New York's Al Smith was the Democratic nominee; 1920, when its Irish and German voters disliked the outgoing president, Woodrow Wilson; 1896, when urban New York rejected William Jennings Bryan's rural populism; and the two elections just before the Civil War.

If California continues to occupy one extreme of the national political spectrum, there may well be more such splits -- at least until the Democratic Party figures it needs to make a case with more appeal beyond California if it wants to win 270 electoral votes.

All of which prompts renewed arguments about the Electoral College. The case for abolishing it is simple: Every American's vote should count the same. But it won't happen. Two-thirds of each house of Congress and 38 of the 50 state legislatures will never go along.

The case against abolition is one suggested by the Framers' fears that voters in one large but highly atypical state could impose their will on a contrary-minded nation. That largest state in 1787 was Virginia, home of four of the first five presidents. New York and California, by remaining closely in line with national opinion up through 1996, made the issue moot.

California's 21st-century veer to the left makes it a live issue again. In a popular vote system, the voters of this geographically distant and culturally distinct state, whose contempt for heartland Christians resembles imperial London's disdain for the "lesser breeds" it governed, could impose something like colonial rule over the rest of the nation. Sounds exactly like what the Framers strove to prevent.