Will Donald Trump Do for Infrastructure What He Did for Wollman Rink?

Michael Barone  |  Nov 29, 2016
The opinions expressed by columnists are their own and do not necessarily represent the views of Townhall.com.
Top Columns
Trending on Townhall Media 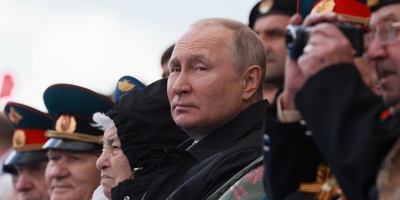 Bring On the Tanks Emmett Tyrrell
In May 1986, a 39-year-old Manhattan real estate developer named Donald Trump promised to get Wollman Rink in Central Park up and running -- something the city government, despite spending $13 million, had failed to do for six years. Trump delivered, ahead of time and under a $3 million budget.

The 70-year-old president-elect surely remembers that. His proposal for massive infrastructure spending holds out the opportunity to transform government spending programs much as he transformed the process of building an ice skating rink in the beautiful infrastructure Frederick W. Olmsted designed in the time of the Civil War.

Federal transportation infrastructure programs, designed in the post-World War II years, have run out of gas. Gas tax receipts have been flagging because of decreases in driving and increased gas mileage requirements. Projects are doled out by congressional committee members, and environmental procedures hold up completion for years. As President Barack Obama said after his 2009 stimulus didn't do much stimulating, "there's no such thing as shovel-ready projects."

Common Good's Philip K. Howard points out that government agencies set out in 2008 to raise the Bayonne Bridge, which connects Staten Island and New Jersey, to permit new super-container ships coming through the widened Panama Canal to enter Port Newark. The widened canal was opened in June. Despite millions spent on plans and environmental approvals, the bridge hasn't been raised yet.

This is just one of many examples of how, as Howard writes, "decade-long review and permitting procedures more than double the effective cost of new infrastructure projects."

Congress, at the prodding of the Trump administration, could change that. Republicans may be wary of spending as much as Trump wants, and Democrats may be wary about changing some of the rules. But the author of "The Art of the Deal" could point out that Congress can change those rules.

It could repeal the requirements for environmental impact statements or require that they be completed within a given time -- six months? -- with the default assumption that the project would go ahead otherwise. Congress could cut off endless appeals to the courts. That would put out of business groups that exist solely to bollix things up.

Congress could overrule -- pre-empt is the legal word -- the BANANA (build absolutely nothing anywhere near anything) regulations of states such as California. If California complained, it might forfeit federal money.

Counsel might be taken from Howard, who wrote: "Dumpsters can be filled with obsolete laws. Inflexible dictates can be replaced by open frameworks that permit officials to act sensibly. ... Give a federal agency the job of deciding when there's been sufficient review."

With low interest rates, government could right now borrow cheaply for infrastructure. It still would have to pay off the debt, but not all of it if Congress encouraged infrastructure public-private partnerships. Canada employs them extensively and is using one to finance the new bridge across the Detroit River. Having private money at risk also would increase the chance that infrastructure would be built where it is needed, not just in some senior committee member's district.

Another thing that makes infrastructure in the U.S. so much more expensive than in Canada, Australia and Europe is the Davis-Bacon Act, passed originally to exclude blacks from construction work and now employed to favor labor unions. Davis-Bacon requires government bureaucrats to calculate the "prevailing wage" in each of the 3,141 counties involved -- a lengthy and money-wasting process.

A gifted dealmaker might tell the unions that they can keep Davis-Bacon in, say, 50 counties -- which is where most of their members are concentrated -- but that it will go away for the rest of the country.

Another thing Congress might want to consider is that good infrastructure requires not just construction but maintenance. Large hunks of Washington's Metro subway are out of service these days because, as fatal accidents have shown, the system has been stinting on maintenance for 40 years.

Maintenance and repair jobs in the long run will outnumber construction jobs, and they also tend to be more permanent. And maintenance will inevitably be concentrated on infrastructure that is actually useful and used.

A big infrastructure package could also include revision of civil service rules, something Trump called for in his 100-days video. And it could encourage the privatizing of the air traffic control system -- something Canada has done -- which has been held up for more than a decade.

The beginning of an administration offers an opportunity to make sharp changes to processes previously considered unchangeable. Will the 45th president do for infrastructure what he did for Wollman Rink?