Trump, Clinton Tied in Polls: Were All the Wise Men Wrong?

Michael Barone
|
Posted: May 27, 2016 12:01 AM
Share   Tweet
The opinions expressed by columnists are their own and do not necessarily represent the views of Townhall.com. 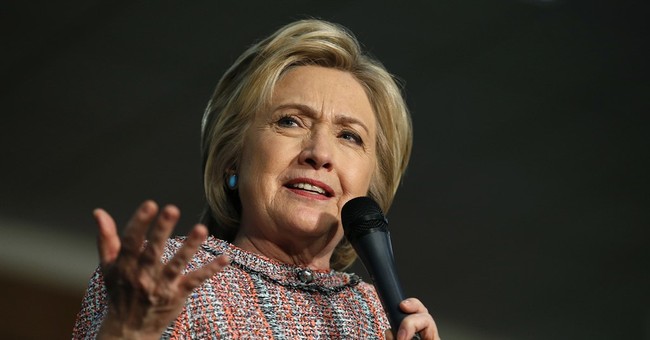 It was conventional wisdom among the political cognoscenti during most of the primary season that Donald Trump could not win the general election. The evidence seemed strong.

Over 12 months of polling from May 2015 to April 2016, Hillary Clinton ran ahead of Trump in 63 national polls, while Trump led her in only six and tied her in three. Polls in the dozen or so 2012 target states showed similar results.

But Trump enthusiasts insisted their man would easily prevail. Now May polling suggests, to paraphrase the former British Prime Minister Lord Melbourne, that what all the wise men promised has not happened and what all the damned fools said would happen has come to pass.

The current RealClearPolitics average of recent polls shows Trump with 43.4 percent and Clinton with 43.2 percent. The five polls in question were conducted between May 13 and May 19, well after Trump's decisive victory in Indiana May 3.

Those numbers are not etched in stone. His 43 percent is not much different from what he was polling against Clinton between September 2015 and February 2016, but it's above his levels during the heat of the Republican contest in March and April.

Clinton's 43 percent is the lowest she's been averaging against Trump since the cycle began. It's possible, though not assured, that her numbers may rise after Bernie Sanders' increasingly aggressive but doomed candidacy ends.

Trump's sky-high unfavorable ratings declined somewhat after he clinched the nomination. It's possible that Clinton's rising unfavorable ratings -- higher than Trump's in some May polls -- may decline as well by the time she is officially nominated in Philadelphia July 27.

Note that, despite the two candidates' universal recognition, the percentage of undecided voters seems rather high, at least 11 percent in the May polls. That's not surprising, since, as many commentators have noted, majorities of voters have unfavorable feelings toward both nominees -- the first time that's been the case since polling began in 1935.

Even so, the patterns of support are familiar, in line with the close partisan division that's prevailed for the last two decades. The irresistible force of corrosively negative public opinion may have prevailed in primaries, where two candidates almost no one took seriously 12 months ago, Trump and Bernie Sanders, have won 41 and 42 percent of popular votes.

But that force has not succeeded, so far at least, in altering what has been the immoveable object of partisan polarization. Trump has big margins among men, whites and white evangelicals, Clinton among women, blacks and Hispanics. More than 80 percent of self-identified Republicans back Trump and more than 80 percent of self-identified Democrats back Clinton.

Support for both candidates is within the narrow range of 41 to 46 percent of the vote in the four May polls sponsored by television networks -- CBS/New York Times, Fox News, NBC/Wall Street Journal and ABC/Washington Post.

There has been much focus on Trump's negative numbers among women, but Clinton does even worse among non-college white men, only 14 percent of whom support her according to the ABC/Washington Post poll. That's less than the 20 to 28 percent the May network polls show Trump winning among Hispanics.

This year was the first time since primaries have dominated the nomination process that both nominees owe their victories to majorities from their parties' most downscale constituencies.

Almost all of Clinton's popular vote majorities have come from black voters, especially in the South. Exit polls showed her losing white voters to Sanders in every non-Southern state where one was conducted.

Trump's biggest majorities came, especially in the crucial March primaries, from non-college whites. Not for nothing did he say on the night of the Nevada caucuses, "I love the poorly educated."

The higher turnout this year in Republican than Democratic contests suggests that Trump voters are energized, while Clinton may have trouble turning out heavily Democratic voters, especially the young.

Trump has benefited from one other thing: the dynastic candidacies of Jeb Bush, who was leading Republican polls when he announced, and Hillary Clinton, whose numbers have been falling even as Barack Obama's job approval has risen. Association with past presidents doesn't help when voters want change.

That's one more reason the wise men may turn out to be wrong.