Michael Barone
|
Posted: May 17, 2016 12:01 AM
Share   Tweet
The opinions expressed by columnists are their own and do not necessarily represent the views of Townhall.com. 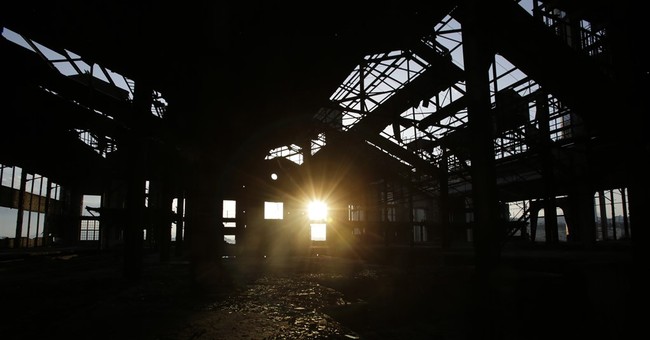 Trending
What's your benchmark? What is the historical era with which you compare life in contemporary America?

For many astute commentators on various points of the political spectrum, it is postwar America, the two decades after the United States and its allies won World War II and before Lyndon Johnson sent half a million U.S. troops to Vietnam.

Neither side embraces the whole package. No one today wants to go back to legally mandated and violently enforced racial segregation. Very few Americans today want to return to stigmatizing homosexuality.

But some things have been lost. Books like libertarian Charles Murray's "Coming Apart" or liberal Robert Putnam's "Our Kids," which lament the family instability and economic stagnation of today's downscale America, inspire a nostalgia for a time widely seen as the American norm.

But was it really the norm? Postwar America was the result of unique circumstances -- economic dominance when competitor nations were devastated, cultural uniformity that followed from a universal popular culture and the common experience of military service (16 million Americans served in the wartime military; the proportional equivalent today would be 38 million).

So let me offer a different benchmark: the America of 1910 or some other year before the outbreak of World War I in 1914.

I started thinking about that on a recent weekend sightseeing tour of lower Manhattan. It's become a kind of outdoor museum, with few cars on the street and with dozens of tourists eyeing the massive buildings -- the columned stock exchange, JPMorgan's austere headquarters, the massive Equitable Building and the 60-story Woolworth Building looming over lower Broadway -- with their marble gleaming as it must have when they were newly built 100 or so years ago.

The America of 1910 was a lot more like today's America than you might think. The economy was growing, but fitfully. Disruptive technology was threatening old industries, creating new jobs but eliminating many others.

Income inequality was much greater than today, and living conditions more disparate. Electricity was common in cities but unavailable on the farms where half of Americans lived. John D. Rockefeller and Henry Ford were billionaires at a time when average annual incomes were below $1,000.

It was an America even more culturally divided than we are today. Within a mile or so of Wall Street lived hundreds of thousands of Jewish and Italian immigrants in the world's most crowded neighborhoods. Immigration as a percentage of pre-existing population between the opening of Ellis Island in 1892 and the outbreak of World War I in 1914 was three times the level of 1982-2007.

The South was in many ways a separate and underdeveloped country, still estranged half a century after the Civil War, with income levels one-quarter those of New York. Even as 30 million Europeans crossed the ocean to America, only 1 million Southern whites and 1 million blacks moved North despite the promise of much higher wages.

Marriage rates were lower than in postwar America, and many young people dropped by the wayside. Alcohol consumption was much higher than today; prostitution, female and male, was common. People didn't like to talk about these things, but you get hints about them in the novels of Frank Norris and Theodore Dreiser.

The Americans of 1910 faced terrorism and globalization, too. Anarchists murdered President William McKinley in 1901 and set off a bomb that killed dozens next to J.P. Morgan's 23 Wall Street in 1920. This America was interlaced with the global economy and, with its growing economic and demographic might, risked being drawn into any world war.

So, America in 1910, with nearly 100 million people, was in important ways less like the postwar America of 150 million than like today's America of 300 million. Studying how Americans handled -- or mishandled -- similar challenges may prove more fruitful than yearning to restore the unique and non-replicable America of Charles Murray's, Robert Putnam's and my youth.