Michael Barone
|
Posted: Jan 29, 2016 12:01 AM
Share   Tweet
The opinions expressed by columnists are their own and do not necessarily represent the views of Townhall.com. 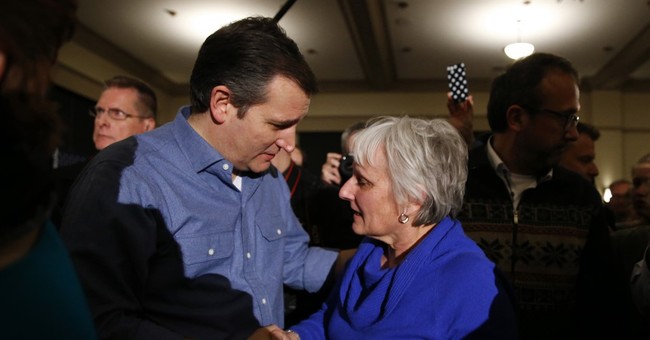 Trending
From someone whose title is senior political analyst you might be expecting a forecast of who will win the Iowa caucuses next Monday night. Will Donald Trump voters turn out in enough numbers to give him the narrow win over Ted Cruz that polls indicate he has now? Will Hillary Clinton withstand the challenge and excitement generated by Bernie Sanders?

But the answers to these questions are, in historical perspective, trivial. By Tuesday noon anyone interested will know the answers, and it will be time to forecast the results of the New Hampshire primary seven days later.

So instead let's focus on a topic that candidates of either party haven't talked much about. How do they propose to get the current sluggish American economy to generate more jobs? And what will that mean for voters?

It has been generally conceded that much of Donald Trump's success in attracting voters, or at least poll respondents, is rooted in the resentment of non-college whites, people whose earnings have been stagnant and who have had difficulty finding the kind of steady jobs that their parents and grandparents held, on auto assembly lines, for example.

Some of those memories are fuzzily optimistic. As one who grew up in Detroit, I remember how thousands of autoworkers would get laid off during recessions and how most workers absolutely hated their jobs.

Americans can also remember how during the economic booms of the 1980s and 1990s lots of jobs got generated. And how many of them enabled people to find work that built on their personal interests and special aptitudes, work at which they could find satisfaction and, in the phrase of American Enterprise Institute President Arthur Brooks, earn success.

There have been many fewer such jobs created during the first 15 years of this century. And a recent study found that death rates among under-65 non-college whites have been increasing -- a sign of serious social regression.

What do the 2016 presidential candidates propose to do about this? Some Republicans, including Trump, have proposed tax cuts tilted toward high earners. This would likely stimulate investment and therefore growth, but less so than Ronald Reagan's cuts, when rates were much higher. It would probably have no more an effect than George W. Bush's 2001 and 2003 cuts.

Much of Trump's appeal comes from his denunciation of immigration and free trade agreements. But tough negotiations with China aren't going to bring back auto assembly jobs that disappeared a generation ago. And a Mexican-financed southern border wall won't stop the influx of low-skill Mexican job seekers, which actually stopped in 2007.

Other Republicans, notably Marco Rubio and the self-styled "reformicons," have called for tax cuts aimed at people with modest income and designed to encourage family formation. These won't generate much investment, but they might nudge significant numbers in a positive direction. But they're unlikely to produce the low rates of unmarried births and divorce of the two decades after World War II.

The government policies that spurred those trends were very high tax rates combined with very generous dependent deductions, which together penalized singles and favored married parents. To replicate that, you'd have to combine and expand Marco Rubio's child tax credits and Bernie Sanders' huge tax rate increases. Not going to happen.

The Democratic candidates haven't talked much about economic growth and jobs. When they have, as in CNN's town hall last Monday, they have proposed growth-and job-killers: Sanders' big tax increases; Martin O'Malley's higher minimum wage; Hillary Clinton's promise to "build on the Affordable Care Act."

There was even a nod to shovel-ready jobs, which Barack Obama confessed don't actually exist. Paid family leave, another Democratic staple, may help some people, but it's non-work subsidized by actual workers.

Largely missing from the dialogue is positive rhetoric about work itself. One interesting fact about America today is that -- contrary to most of history -- high earners work longer hours than low earners. One reason they do is they like and gain satisfaction from their work.

Whatever happens in Iowa next week or in New Hampshire the week after, there could be a payoff for candidates who make a connection between policy proposals and people's lives, who show how policies that spur economic growth could give people better chances to find work that maximizes their particular talents: candidates who promise not more pay for less work but a better chance for good work.