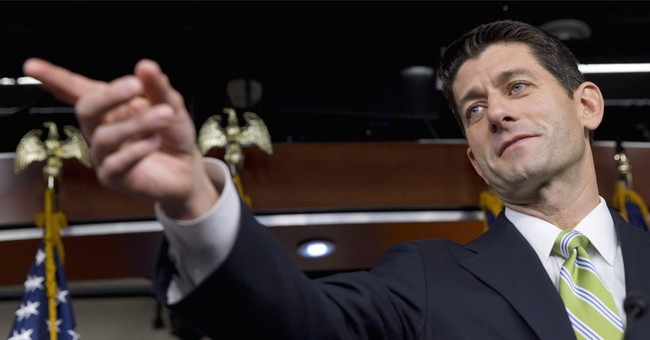 Biography is one way -- often the most vivid way -- in which people understand history. The beautifully written biographies of Franklin Roosevelt that rolled off the presses and rose in the bestseller lists in the 1950s and 1960s created a template in which the New Deal was central to American history. It was the culmination of what happened before the 1930s and the model for what should and would happen next.

That model was undermined by the success of four-time Roosevelt voter Ronald Reagan, but the idea that every bigger government is beneficial and inevitable continues to be accepted by many on the left.

Three biographies published over the last year, each by a British author with deep understanding of America (two of them live here), point in a different direction. They are Andrew Roberts' "Napoleon: A Life," Niall Ferguson's "Kissinger: 1923-1968: The Idealist," and the second of three volumes of Charles Moore's authorized biography of Margaret Thatcher.

Unlike FDR, all three subjects can, to varying degrees, be described as conservative. That characterization is more debatable in the case of Napoleon, who rose from corporal to general to emperor in the wake of the French Revolution. But Roberts shows how Bonaparte tamed the French Revolution, with a whiff of grapeshot, clever political maneuvering and an astonishing mixture of energy and insight.

And he shows how Napoleon created enduring public institutions. He spread the revolution's metric system throughout Europe and ultimately most of the word. His Napoleonic Code remains the basis of law in continental Europe and many of its former colonies. He achieved for a decade a united Europe, the vision of which inspired creation of the European Union.

Many Americans wouldn't characterize Kissinger as a conservative, either, given his support of detente with the Soviet Union and opening to Communist China. But Ferguson shows how Kissinger, from his days as a sergeant in postwar Germany, tempered his severe analysis of facts on the ground with a fine appreciation of national histories and a conviction that idealism must undergird American foreign policy.

Ferguson ends this first volume with Richard Nixon's astonishing appointment of Kissinger as National Security Adviser. But Kissinger, deeply involved in Eisenhower, Kennedy and Johnson administration policymaking, had already developed not only trenchant critiques of their current policies, especially on Vietnam, but also impressive adroitness in bureaucratic infighting.

About Margaret Thatcher no one would quibble with the label conservative, with a capital "C." Moore's first volume showed her beginnings as a partisan activist rather than intellectual critic and describes how her womanliness was central to the character and career of someone her opponents and critics considered a warrior.

This second volume, subtitled "Everything She Wants," shows once again that she was not as dogmatic a leader as many observers believed in the 1980s and as she herself suggested after being booted out of office in 1990. She compromised and temporized and took time to prepare for major policy changes and confrontations.

All three of these more or less conservative leaders came from humble circumstances in provincial backwaters. Roberts, Ferguson and Moore deftly paint vivid pictures of their roots in Corsica, in Grantham in England's Midlands, in the industrial town of Furth in Bavaria. Napoleon spoke with an Italian accent, Kissinger with a German accent and Thatcher took voice coaching.

The biographers show how their subjects bloomed at Saint-Cyr, France's military academy, and at Oxford and Harvard. They show how quickly they built sophisticated views of the world and of the nations they came to love. They show how they made their way upward in the tangle of politics and turmoil of unsettled times.

Not all of their achievements proved lasting. Napoleon was sent into exile in St. Helena (at age 46!). Kissinger, though still active at 92, has not held public office in 38 years; Thatcher was ousted by rebellion in the party she led to three landslide victories.

But many of their achievements endure. The Napoleonic Code still governs Europe. Kissinger's China policy, though attacked by many presidential candidates, remains in place for a fifth decade. Britain will never renationalize privatized industries or reverse private ownership of former public housing.

In their biographies Roberts, Ferguson and Moore demonstrate that history does not move in just one direction. Gifted conservative-minded leaders from obscure backgrounds, such as Napoleon, Kissinger and Thatcher, can shift events from their apparent course as effectively as such liberals as Franklin Roosevelt.