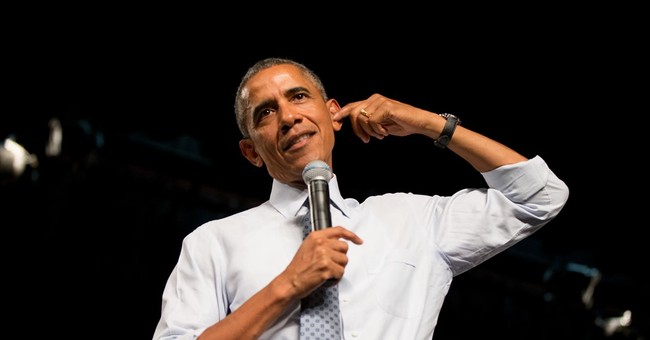 Trending
In this presidential cycle, voters in both parties, to the surprise of the punditocracy, are rejecting experienced political leaders. They're willfully suspending disbelief in challengers who would have been considered laughable in earlier years.

Polls show more Republicans preferring three candidates who have never held elective office over 14 candidates who have served a combined total of 150 years as governors or in Congress. Most Democrats are declining to favor a candidate who spent eight years in the White House and the Senate and four as secretary of state.

But in our system the widespread rejection of experienced leaders ultimately comes from dismay at the leader in the White House. In 1960 Richard Nixon, after eight years as vice president and six in Congress, campaigned on the slogan "Experience counts." No one is running on that theme this year.

Nixon could, because over the preceding quarter-century the majority of Americans mostly approved of the performance of incumbent presidents. Presidents Roosevelt, Truman and Eisenhower still look pretty good more than 50 years later.

Barack Obama doesn't. His deputy national security adviser Ben Rhodes recently said that the president's nuclear weapons deal with Iran was as important an achievement of his second term as Obamacare was of the first. Historians may well agree.

These two policy achievements have many things in common.

Both were unpopular when proposed and still are now. In March 2010 Speaker Nancy Pelosi said that people would know, and presumably like, what was in the bill after it was passed. But most Americans didn't like it then and most don't today, five and a half years later. As for the Iran deal, Pew Research reports it has only 21 percent approval today, much lower than Obamacare in 2010.

Both Obamacare and the Iran deal were bulldozed through Congress through legislative legerdemain. Democrats passed Obamacare by using the temporary 60-vote Senate supermajority gained through a Minnesota recount and the wrongful prosecution of Sen. Ted Stevens. After they lost the 60th vote, they resorted to a dubious legislative procedure.

This year Obama labeled the Iran treaty an executive agreement, and Congress concocted a process requiring only a one-third-plus-one rather than a two-thirds vote for approval. Only 38 percent of members of Congress supported it. Many, such as House Minority Whip Steny Hoyer, did so only after saying that they never would have accepted it in negotiations.

Obamacare assumed that financial crisis and recession would make most voters supportive of, or amenable to, bigger government. But as National Review's Ramesh Ponnuru points out, polling doesn't show that. Obama assumed that if America could "extend a hand" to such propitiated enemies as the mullahs of Iran, they would become friends with us. Most Americans think that's delusional. No wonder voters are angry.

Republican voters are frustrated and angry because for six years they have believed they have public opinion on their side, but their congressional leaders have failed to prevail on high visibility issues. Their successes (clamping down on domestic discretionary spending) have been invisible. They haven't made gains through compromise because Obama, unlike his two predecessors, lacks both the inclination and ability to make deals.

So Republicans who imposed harsh litmus tests in previous presidential cycles (like asking candidates if they've ever supported a tax increase, or if they've ever wavered in their opposition to abortion) are flocking to Donald Trump, a candidate who would fail every one of them. They are paying little attention to candidates -- Jeb Bush, Marco Rubio, Scott Walker, Chris Christie, Bobby Jindal -- who advance serious proposals to change public policy.

In polls, Democratic voters have stayed loyal to the president. But to listen to their candidates (and maybe-candidate Joe Biden) you would think we are in our seventh year of oppression by a right-wing administration. You don't hear much about the virtues of Obamacare or the Iran deal -- or "choice."

Most Americans hoped the first black president would improve race relations. Now most Americans believe they have gotten worse.

And so a president who came to office with relatively little experience has managed to tarnish experience, incumbency and institutions: a fundamental transformation indeed.

Michael Barone, senior political analyst at the Washington Examiner (www.washingtonexaminer.com), where this article first appeared, is a resident fellow at the American Enterprise Institute, a Fox News Channel contributor and a co-author of The Almanac of American Politics. To find out more about Michael Barone, and read features by other Creators writers and cartoonists, visit the Creators Syndicate Web page at www.creators.com.