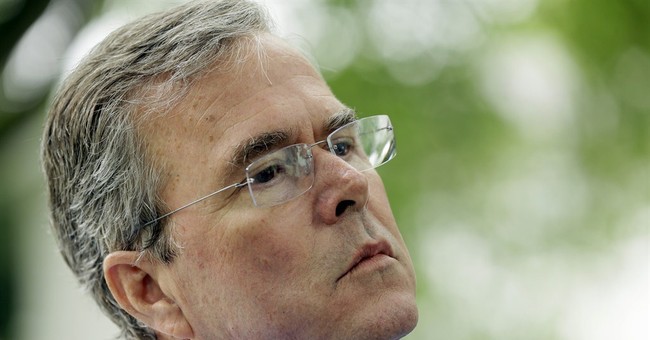 Trending
American presidents have greater leeway on foreign policy than on domestic issues. Just see how President Obama is forging ahead to an agreement with Iran opposed by large majorities in Congress and among voters.

A president's personal predilections and core assumptions can have much more of an effect on his foreign policy than on domestic issues. You can draw a straight line from Obama's 2008 judgment that Iraq was a "stupid" war to the decisions that have led to the mess we see there today.

So it's useful for voters to get as much insight as possible during campaigns about a potential president's thinking on foreign policy. Unfortunately, they didn't get much from the "announcement" speeches this past week of two candidates with prominent political pedigrees, Jeb Bush and Hillary Clinton.

Only 253 of the 2,234 words in Bush's speech text touched on foreign policy. He provided criticisms of "the Obama-Kerry-Clinton team" in cryptic shorthand on which he may expand as the campaign goes on.

Obama and his team, Bush said, are so eager to be history makers that they haven't been peacemakers. Their legacy is "crises uncontained, violence unopposed, enemies unnamed, friends undefended and alliances unraveling."

Bush promises to "rebuild our armed forces," "our vital friendships" and "American-led alliances." He criticized administration policies toward Israel and Cuba, of particular interest in South Florida but also to Republican voters nationally. The only other foreign nation mentioned was Mexico, as the native country of his wife.

Most voters believe, correctly I think, that Bush's father and brother had different approaches to foreign policy, and Bush has stumbled already when asked whether he approved of their past decisions.

The more relevant questions are about how he would address problems today. His speech gave hints, which are at best clues to his thinking. Reporters and voters can and should seek more specifics.

One might have expected that Hillary Clinton, who served as secretary of state for four years, would have more to say on foreign policy. She did, barely. Her speech text included 319 words on the subject, slightly more than Bush's. But her speech was more than twice as long as his, 4,687 words of prepared text. So 89 percent of Bush's speech was on other topics and 93 percent of Clinton's was.

And most of those 294 words were anodyne. There was a shout-out to the United Nations, visible to the south, "where I represented our country many times." There was a call for America "to maintain our leadership for peace, security and prosperity."

Clinton asserted that America is "better equipped" than any other nation "to meet traditional threats from countries like Russia, North Korea and Iran." (No mention of "reset.") Similarly on "emerging threats from cyber attacks, transnational terror networks like the Islamic State of Iraq and Syria and diseases that spread across oceans and continents."

After hailing her work on the Senate Armed Services Committee to maintain a strong military, she called for "using every element of America's power, including skillful diplomacy, economic influence and business partnerships" to improve life around the world. So she's all for what Harvard's Joseph Nye calls soft power as well as hard power.

All this is vague stuff, much less specific than her domestic policy proposals. Jeb Bush's cryptic words at least suggest policies leading in particular directions. Clinton's somewhat more wordy prose could be used to justify just about any course of action or inaction.

One can see why Clinton may see cause to downplay foreign policy despite her recent leading role therein. In his first term, Obama's job approval on foreign policy was well over 50 percent. More recently, it has been well under that, sometimes and on some issues in the 30s. Clinton's connection with this record is obvious.

Clinton, if she wins, would be the first former secretary of state to be elected since James Buchanan -- not an encouraging precedent. Reporters who have been demanding Bush and other Republicans say how they would have acted in 2003 may want to ask Clinton about how she actually did act between 2009 and 2013 -- and what she would do going forward.