How the World Has Changed Since World War I 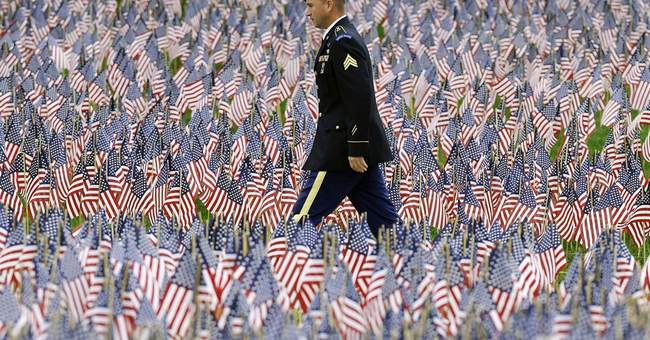 Trending
Over the past year, I've been reading books inspired by the centenary of World War I, a war with horrific casualties painful to contemplate. What helps in comprehending the scale of the slaughter is a book by one of Bill Gates' favorite authors, the Canadian academic Vaclav Smil, "Creating the Twentieth Century: Technical Innovations of 1867-1914 and Their Lasting Impact."

Smil leads the reader through the invention and development of electricity, oil production and distribution, the automobile, steelmaking, the telephone, the airplane and the production of synthetic ammonia -- to his mind the most important because without it agriculture couldn't feed the world's 6 billion people.

All these developments were in place and widespread when the world went to war in August 1914. The three American Progressive Era presidents, Theodore Roosevelt, William Howard Taft and Woodrow Wilson, all born in the late 1850s, were old enough to have memories of the end of the Civil War -- and of an America in which all of these technologies were unknown.

The same technologies, considerably redesigned and more universally available, were in place in everyday life in the mid-20th century nation in which today's older Americans grew up. New appliances, adapting technology available in 1914, were introduced after World War I -- the refrigerator and the disposal, automatic washers and driers, radio and television, air conditioning.

Americans today are inclined to think that information technology has transformed people's lives, and in some ways it has. Typewriters have become antique and laptops nearly universal; an array of entertainment is available in homes; air conditioning, uncommon in houses and cars back in midcentury America, is regarded as a necessity today.

But surely, there was more change in the work and home lives of the Progressive Era presidents and their contemporaries than there has been in the corresponding years a century later. The experience of driving a car or riding in a jet airplane is not much different in 2015 than in 1965. The tech entrepreneur Peter Thiel was on to something when he said, "We were promised flying cars, and instead what we got was 140 characters."

One thing that has changed, however, is warfare. World War I was an industrial era conflict in which the efficiency with modern weapons could slaughter soldiers in trench warfare and wreck cities through artillery and air bombardment. Armies were huge and casualties high. Historian Niall Ferguson pegs combat deaths at 9 million and wounded at 15 million -- estimates, to be sure, but roughly the right magnitude.

Deaths and casualties were even greater in World War II, in which aerial bombing vastly increased the number of civilian deaths. And America's development of the atomic bomb made weaponry even more deadly. Something like 200,000 people were killed by single bombs in Hiroshima and Nagasaki. In the Cold War, the United States and the Soviet Union had the capacity and developed elaborate plans to kill hundreds of millions.

Against this background, information age warfare has proved to be, so far at least, much less deadly. About 6,800 U.S. soldiers died in a decade of warfare in Iraq and Afghanistan -- about the same as the average number of soldiers dying every day between August 1914 and November 1918 in World War I.

We are told that the American people after Iraq and Afghanistan are war-weary and casualty-averse. But in historic perspective, deaths are relatively low, military medicine saves many who would have died in previous conflicts and prosthetics technology enables many wounded to live far better than those wounded a century ago.

Memorial Day is a time to remember and thank the fallen -- and to be grateful that there are so many fewer of them than there were one hundred years ago.