The 2016 Political Environment Has Shifted 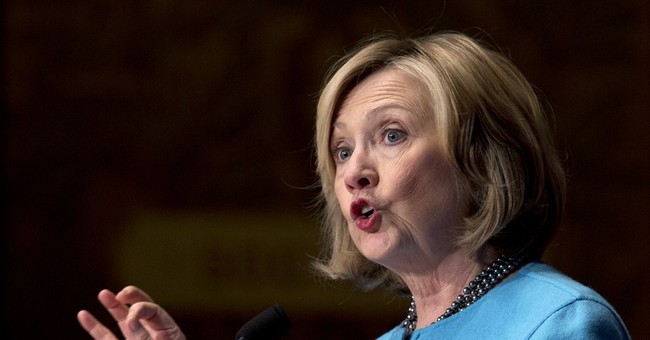 Trending
Like it or not, the 2016 presidential race is now well under way. Republican candidates are flocking to Iowa, New Hampshire and South Carolina, while Hillary Clinton, in-between $200,000 speeches at universities, is reported to be in seclusion developing her economic policies.

It's easy to get overwhelmed by minutiae, but sometimes a twist of events turns out to be important, even 12 months away from the first caucuses and primaries. And of course, always keep in mind that most minutiae turn out to be trivial.

Thus the 2012 Obama campaign spent little time or money highlighting the incumbent's great policy achievement, Obamacare. It highlighted instead his administration's success in killing Osama bin Laden -- a proxy for the broader argument that he was ending disastrous wars in Iraq and Afghanistan and reducing the threat of Islamist terrorists (never explicitly identified that way) to tolerable levels.

Mitt Romney was ridiculed for calling Russia our No. 1 geopolitical foe and for insisting the terrorist threat was not quelled. And of course he brought no foreign policy experience to the table.

Now the polls are the other way around. Obama's job rating has risen slightly as more Americans have come to believe the economy is improving. But on foreign policy, most recently on his response to the Islamic State, his ratings are negative.

This poses problems both for Hillary Clinton, who looks more and more to be the inevitable Democratic nominee, and for Republican candidates.

Clinton, after all, was Obama's secretary of state. It's fair to ask her, as Russia advances into Ukraine, how her "reset" with Russia worked. It's fair to ask if she still disagrees with Obama's decisions not to arm Syrian rebels and how she handled diplomatic security in Benghazi.

It's fair to ask if she agrees with many congressional Democrats' opposition to Obama's requested Authorization to Use Military Force against the Islamic State. However she answers, she's likely to be out of line with a significant part of her party -- not optimal if you're trying to maximize voter turnout.

As for the Republicans, none of them has much or any experience in making or carrying out foreign policy, though some can speak more knowledgeably than others. Republican voters, once split on foreign policy, now seem more united after the Islamic State started beheading Americans, burning prisoners and slaughtering Christians. That's perhaps the reason for the slightly flagging poll numbers for the anti-interventionist Rand Paul.

It's easy for Republicans to criticize Barack Obama's decisions. It's harder to set out policies to make the world safer without worrying voters skittish about military involvement.

The other major development that may make this cycle different is a change in the minds of Republican primary voters. In 2010 and 2012, they were inclined to support outspoken, even incendiary candidates.

They were reacting angrily not only to President Obama, whom they hoped would lose re-election, but to many of the policies of George W. Bush. In 2014, with Obama re-elected and Hillary Clinton leading in 2016 polls, they chose less-provocative nominees who seemed to have better chances in the general election.

There's evidence in current polls that Republican primary voters seem to be similarly inclined today. Ted Cruz, who won a 2012 primary against an "establishment" candidate and led the move that resulted in the government shutdown in October 2013, is in single digits, while Scott Walker, whose fights have been with Democrats and public employee unions, has zoomed into double digits in Iowa, New Hampshire and South Carolina.

But that's minutiae, and numbers can easily change many times; the current underlying political atmosphere might change, too. Meanwhile, polling shows Hillary Clinton against various Republicans averaging under 50 percent in seven Obama states with 79 electoral votes -- enough to have elected Mitt Romney. Looks like an interesting cycle.