The Democratic Majority That Emerged -- And Disappeared 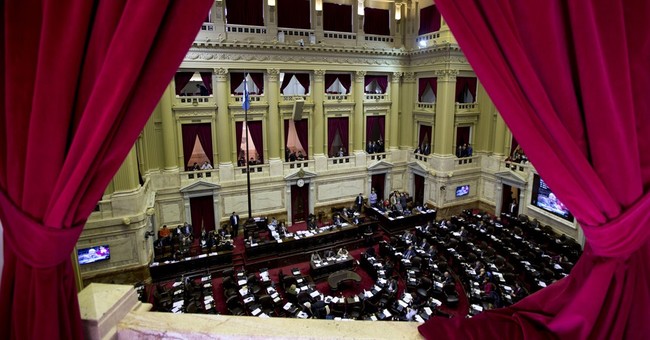 Trending
John Judis, co-author of the book "The Emerging Democratic Majority," now says in an article in National Journal that that majority has disappeared. His title: "The Emerging Republican Advantage."

The original book, published in the Republican year of 2002, forecast accurately the groups that would make up the Democratic majority coalition that emerged in the 2006 and 2008 elections: blacks, Hispanics, gentry liberals, single women, young voters.

But as Judis writes now, that coalition has come apart. That's partly because of diminished support from millennials and Hispanics, but mostly because of additional white working-class defections and erosion among suburbanites unhappy with higher government spending and taxes.

In fact, he now says that the majority he predicted endured for only two elections. President Obama was re-elected with a reduced 51 percent of the vote, but Republicans won the House in 2010, 2012 and 2014, and the Senate in 2014. Democratic strength in governors' mansions and state legislatures is at its lowest level since the 1920s.

That's in line with voting patterns that have been steady for two decades. In three of the last four presidential elections, both parties have won between 47 and 51 percent of the vote. And in nine of the 11 House elections from 1994 to 2014, Republicans won between 48 and 52 percent of the popular vote, and Democrats a bit less, between 45 and 49 percent.

To put this in historical perspective, neither party has really had a permanent majority for an extended period, as Sean Trende argues persuasively in his book "The Lost Majority." And the two political parties' coalitions over the years have been of a different character. The political cartoonists are right to portray them as two different animals.

The Republican Party has always been built around a demographic core of people considered by themselves and others to be typical Americans, even though they are not by themselves a majority. Northern Yankee Protestants in the 19th century, white married people today. When they come up with policies that have broader appeal beyond that core, they can win majorities. Otherwise, they can't.

The Democratic Party has always been a coalition of disparate groups that are different from the Republicans' core. Southern whites and Catholic immigrants in the 19th century; blacks and gentry liberals today. When they cohere, Democrats can win big majorities. When they split apart, the party is a disorderly rabble.

During most of George W. Bush's presidency, Republicans had viable policies. Bush was re-elected, but with only 51 percent of the vote. Then, with violence in the streets of Baghdad and New Orleans, the Republican majorities disappeared.

That, plus a strategy of running candidates tailored to local political terrain, gave Democrats majorities in 2006 and 2008. They had a chance to extend those by coming up with policies generally deemed successful and which held their disparate coalition together.

They failed on both counts. Big government policies -- the stimulus package, Obamacare -- proved generally unpopular. And other Democratic policies began splitting the party's coalition. Gentry liberals' environmental policies antagonized blue collar unions and Jacksonians from West Virginia to Oklahoma, once one of the party's mainstays.

Hispanics in target-state Colorado were turned off by gentry liberal priorities -- abortion absolutism, gun control, opposition to fracking. Asians in California were repelled by attempts to re-institute racial quotas and preferences in higher education that directly harm them. Millennials were socked with high health insurance premiums even as they searched for jobs from their parents' basements. Israel supporters have been dismayed by Obama's Middle East policies.

Even if they haven't achieved permanent majorities, American parties have had enduring public policy successes. Social Security (passed 1935) and the Taft-Hartley labor law (passed 1947) are examples.

But it's not clear the Obama Democrats accomplished that. The 2009 stimulus package's steep increases in spending were cut back by the 2013 sequester. Tax increases may be pulled back. The administration has had to make dozens of revisions to the still-unpopular Obamacare and may have to accept serious rollbacks if it loses King v. Burwell in the Supreme Court in June.

Republicans looking to 2016 should be aiming not at creating a permanent partisan majority but at developing public policies that could, unlike Obama's, be successful and enduring.