Both GOP and Democrats Have Party Problems 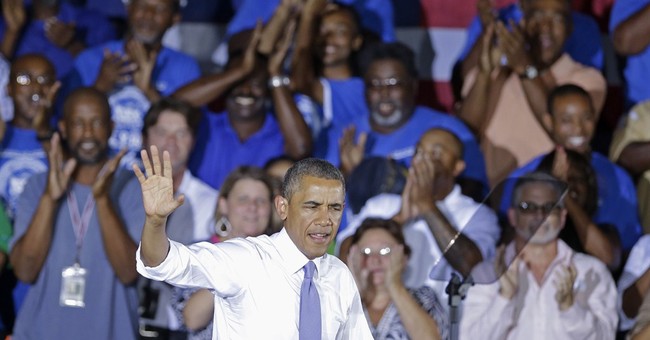 Since last November's election, there has been a lot of punditry about the fissures and schisms in the Republican Party. The divisions are real, and some of the commentary has been revealing.

There has been less of a look at fissures and schisms in the Democratic Party. They're real, as well. Most House Democrats voted against the Obama administration on NSA surveillance last week.

This shouldn't be surprising. America's two political parties need to get 50 percent of the votes, or nearly that, to win elections. That's difficult in a diverse country with significant cultural and economic differences.

The Democratic Party has managed to do that in two consecutive presidential elections, for the first time in three-quarters of a century. But holding that majority together has been harder.

But Democrats have failed to win majorities in the House of Representatives in the last two congressional elections, and in eight of 10 elections over the last two decades.

In the years of the Obama presidency, the president and congressional Democratic leaders have made a series of choices on legislation and policy that have alienated some of the party's major constituencies.

The first was to vastly expand the size and scope of government by passing the $787 billion stimulus package in February 2009 and passing Obamacare in March 2010.

That choice was not inevitable. Democrats didn't take a similar course during most of the Clinton presidency.

But Democrats in 2009 had a large House majority and a determined and effective leader in Speaker Nancy Pelosi. And in the Senate they had a supermajority of 60 votes during critical months in 2009 and 2010.

That was the result of some lucky (or unlucky) political accidents -- the prosecution by the Bush administration Justice Department of Republican Sen. Ted Stevens, a prosecution overturned after Stevens was defeated by 1 percentage point by Democrat Mark Begich; the party switch of Pennsylvania's Arlen Specter; the superior lawyering that gave Democrat Al Franken a victory in a very close contest in Minnesota.

Oscar Wilde said that he could resist everything but temptation. Democratic leaders could not resist the temptation provided by that 60-vote supermajority. Even after Scott Brown's special election victory in Massachusetts deprived them of the 60th vote, Pelosi squeezed out just enough votes to push Obamacare through.

Some of those votes came from Blue Dog Democrats elected from relatively conservative districts. Without such moderates, Democrats would not have maintained their majorities in the House during most of the years from 1958 to 1994.

The unpopularity of the stimulus package and Obamacare resulted in the defeat or retirement of most of the Blue Dogs. Their numbers fell from 54 in 2009 to 26 after 2010 to only 14 in 2012. A historic Democratic constituency largely disappeared, and so did Democrats' majority in the House.

Democratic numbers were further reduced by Pelosi's decision to pass cap-and-trade environmental legislation in June 2009. That decision favored the Democrats' urban green constituency over its historic constituencies in coal and oil country.

It was particularly surprising, since cap-and-trade's prospects in the Senate were never good. So coal and oil country Democrats were sacrificed for nothing. West Virginia, once safely Democratic, voted 62 percent for the not-culturally-Appalachian Mitt Romney.

This year Senate Democratic leader Harry Reid made a similar choice when he threatened to eliminate the requirement of 60 votes to overcome a filibuster unless Republicans agreed to allow confirmation of members of the National Labor Relations Board.

This favored the party's labor union constituency, which feared the Supreme Court would affirm an appeals court decision declaring Obama's recess appointments to the NLRB invalid.

The unions want favorable NLRB rulings over the next three years. Reid acted at their behest even though there's a good chance Republicans will regain a Senate majority in 2014, in which case changing the filibuster rule would hurt Democrats.

But he wasn't willing to change the filibuster rule on judgeship nominations -- something the party's feminist constituency would love. Reid favored the unions and shoved the feminists under the bus.

Democrats aren't necessarily doomed in 2014 or 2016. But they are weaker because of the choices their leaders have made.