Meredith Turney is a conservative political commentator, writer and new media consultant.More of her work can be found at MeredithTurney.com.

Active in the California Republican Party since fifteen, Meredith worked on numerous local campaigns in Orange County, California. After attending the Republican National Convention as a youth delegate at sixteen, Meredith commenced an internship with Congressman Christopher Cox and then worked for California Assembly Republican Leader Scott Baugh.

Hollywood's James Cameron Chips In to Kill California Jobs
By Meredith Turney
Millions of people around the globe have flocked to movie theatres to see director James Cameron’s hit films such as ...
October 19, 2010 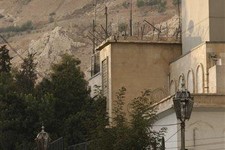 Barbara Boxer's Last Debate
By Meredith Turney
It was a match for the ages: a three-term United States Senator against the former CEO of a Fortune 50 ...
September 02, 2010