M.D. Kittle
|
Posted: Dec 02, 2020 1:06 PM
Share   Tweet
The opinions expressed by columnists are their own and do not necessarily represent the views of Townhall.com. 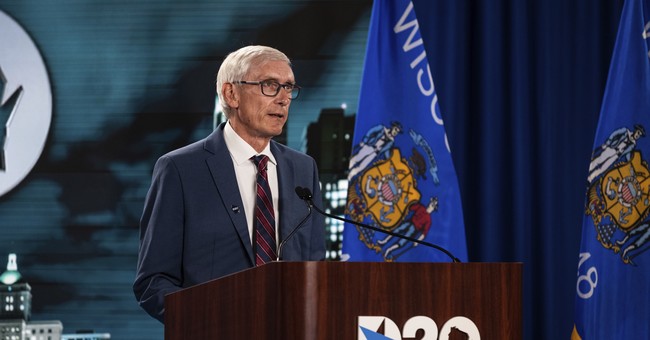 MADISON — As the clock winds down on 2020, Republican lawmakers are growing increasingly concerned the Evers administration will cost the state hundreds of millions of dollars in lost federal funding.

Wisconsin received $2.3 billion in Coronavirus Aid, Relief, and Economic Security (CARES) Act funding. Gov. Tony Evers, under federal law, effectively has control over $1.9 billion of the funds to spend as he sees fit in protecting Wisconsin from “the public health and economic impacts of COVID-19.”

He basically has until Dec. 30 to spend it. Use it or lose it.

As of Nov. 17, according to federal records, the Evers administration had allocated more than $1.1 billion of the total $2.3 billion, or less than half of the CARES Act funding.

“Myself and my colleagues are extremely concerned that we have the potential to lose a substantial amount of federal funding, at a time when the governor is asking for more funding,” state Sen. Andre Jacque (R-De Pere) said. Evers recently proposed more than a half billion dollars in state taxpayer money for COVID-19 relief.

Any funds not used by the end of the year must be returned to the federal government, according to the U.S. Treasury Department. A state may have funds obligated, but any federal money must be expended by the deadline.

U.S. Rep. Bryan Steil (R-Janesville) first raised concerns in July about the administration’s tardiness in spending and targeting the federal funding to respond to the public health and economic devastation caused by the pandemic. At that point, Evers had expended just 3.8 percent of the federal funding. He said at the time he had more of the money committed to COVID-19 relief programs and services than was noted in the expenditures.

“It makes you wonder what the priorities of this governor are when you look at the money not spent,” the congressman said. “The priority in my mind was keeping schools open, at least for younger students.”

Schools across the state have been closed since the virus outbreak in March, stuck in a virtual learning limbo that even the most liberal administrators know has left Wisconsin students behind for more than a semester. Teachers unions, some of Evers’ biggest campaign contributors, have demanded schools stay closed, even as the federal government’s top pandemic expert encourages schools to reopen.

When Congress overwhelmingly passed the CARES Act, “nobody thought the states would be sitting on this much money like Wisconsin has,” Steil said, noting that most states have effectively spent the funding to assist frontline health care workers, protect the more vulnerable populations, and fund safety measures to reopen schools.

Steil said the House will be looking at extending the spending deadline so governors don’t frivolously spend federal tax dollars just to beat the deadline. Some of Evers’ critics say the governor has done that already.

State Rep. Janel Brandtjen (R-Menomonee Falls) said Evers has, for instance, allotted $15 million in grants to bail out the arts, compared to $7 million on COVID-19 testing at Wisconsin’s 373 nursing homes this past spring.

“Our governor has not used the science to shield the elderly and those most at risk,” the lawmaker said.

Evers’ administrators have also been slow in reporting updated numbers to the nonpartisan Legislative Fiscal Bureau.

Contacted Tuesday by Empower Wisconsin, an agency official said state departments had yet to supply expenditure figures beyond Nov. 6.

At that time, the administration had noted $621 million in expenditures. Evers had obligated another $484 million in CARES Act funding, and “committed” another $872 million, according to the Fiscal Bureau. But that’s not the same as expended. And that’s where Wisconsin could miss out.