Why Rush on Global Warming? 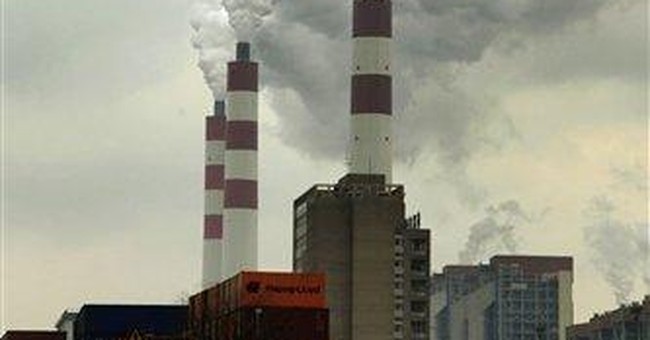 Of course President Obama wants quick passage. For months the public has focused on the bruising health care fight taking place in Washington. Along with congressional allies like John Kerry, Barbara Boxer, and Nancy Pelosi, Obama would like nothing better than to rush global warming regulation through congress before the public can turn proper attention to a proposal under which, as the President himself has put it, “electricity rates would necessarily skyrocket.”

But that’s just part of what proponents of a costly cap-and-trade system would rather the public not hear. The president’s advisers would like to ram through their climate proposals before the public catches wind of the overwrought rhetoric bubbling up from the fevered swamps of global warming alarmism.

Consider the interview Lord Nicholas Stern gave to The Times of London decrying the carbon content of people’s food. “Meat is a wasteful use of water and creates a lot of greenhouse gases,” he said. “I am not sure that people fully understand what we are talking about or the kind of changes that will be necessary” to stave off global warming.

Give up meat to save the planet? That seems to be what he is saying. The old saw used to be that meat is murder. Now it’s suicide. Lord Stern is no gadfly crank, either. He is the most distinguished authority on climate change in the United Kingdom, and authored a landmark 2006 study on global warming economics. More than anyone, Lord Stern advanced the controversial notion that we can constrain our economies today to ward off tomorrow’s climate catastrophe. Now he says we must become vegetarians too.

British Prime Minister Gordon Brown, meanwhile, claims failure to pass a new Kyoto-style agreement at December’s global warming summit will doom us. Literally. “If we do not reach a deal at this time, let us be in no doubt: once the damage from unchecked emissions growth is done, no retrospective global agreement, in some future period, can undo that choice,” he said. Hear that? We have just weeks to save the planet.

Issuing imprudent and hyperbolic rhetoric about climate is not solely a British disease, of course. Consider the warning issued by U.N. Secretary General Ban Ki-Moon in the New York Times recently. He called global warming an “existential threat to humankind.” Maybe it is, maybe it’s not. But if the Secretary General wishes to sound alarms with Americans, he may be doing so unwittingly with another line from his op-ed: “A deal must include an equitable global governance structure.” In a country whose existence is rooted in its struggle for independence, many Americans will be put off by such a claim.

Unfortunately for those who would like to see climate change regulation enacted, there are numerous other statements from allies that would turn off a public paying greater attention to the issue. Noted climate scientist Ken Caldeira, for instance, recently declared, “I believe that we should be outlawing the production of devices that emit carbon dioxide.” Think about that next time you drive your car.

In his books and columns, the New York Times’s Thomas Friedman pines for the authority held by China’s communist autocrats. He wishes enlightened leaders could simply impose global warming solutions on the American economy rather than having to approve them democratically. Meanwhile a popular book by environmentalists Robert and Brenda Vale, entitled Time to Eat the Dog: The Real Guide to Sustainable Living, argues that owning pets is even worse for the planet than an SUV.

While certainly tongue-in-cheek compared to Friedman’s paean to enlightened dictatorship or Lord Stern’s screed against meat, Time to Eat the Dog shares their same worry, i.e., that people in their daily lives are the planet’s gravest threat, and must be stopped.

Give them credit for candor. But don’t expect the larger public to sympathize with those beliefs. That’s why team Obama wants to ram cap-and-trade through quickly, obscured by the smokescreen of the healthcare debate. The president understands that an informed national discussion on global warming will expose the radical statements of global warming regulation’s most prominent proponents, which is not conducive to getting the bill he wants. That’s democracy for you.