After Michael Flynn Entrapment Fiasco, It's Time for a Massive Purge at the DOJ/FBI

Matt Vespa
|
Posted: May 05, 2020 6:00 AM
Share   Tweet
The opinions expressed by columnists are their own and do not necessarily represent the views of Townhall.com. 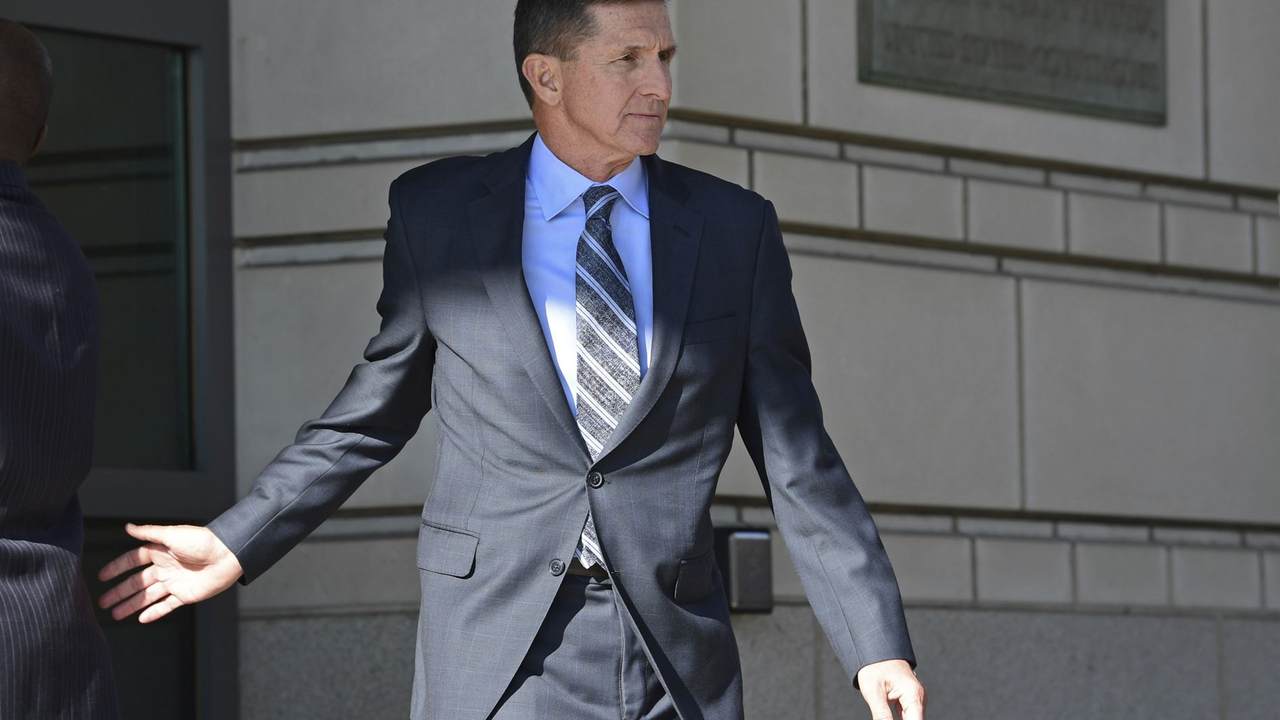 It's one of the most prestigious institutions in the country. It's also our nation's preeminent law enforcement and domestic intelligence agency. The Federal Bureau of Investigation is back in the news again—and it's all bad news again.

Remember Michael Flynn? He was President Donald Trump's national security adviser for a hot second before leaked phone calls between himself and then-Russian Ambassador Sergey Kislyak were leaked to the press. That's a whole other story in itself, but the FBI decided to conduct an interview and nabbed Flynn for perjury. The FBI agents who spoke with Flynn said he did nothing wrong, but the top brass at the FBI and the Department of Justice felt otherwise. They decided to criminalize a phone call, a phone call that occurs when administrations undergo transition. New documents show that the FOJ/FBI top brass plotted to ensnare Flynn on a perjury trap. Flynn's lawyer, Sidney Powell, alleged this plot back in October of 2019.

Well, we got the corroborating documents and Powell says more damning files are set to be released in this circus.

It's a friendly reminder concerning the power wielded by the FBI, which was weaponized to go after people in Trump's orbit. What happened here? Well, it isn't new. Yes, this organization went after the mafia, the Ku Klux Klan, and other extremist groups that we probably wouldn't shed tears over if they vanished into the ether, but the bureau also executed unconstitutional tactics in that regard under J. Edgar Hoover. Maybe this was an iceberg collision for many decades in the making.

Well, after Flynn, the institution needs a serious dose of colon blow. It needs a facelift. It needs, dares I say, a purge. It was loaded with too many Obama holdovers since day one of the Trump presidency—and it's become a headache ever since. For God's sake, we have an Obama holdover, Sally Yates, who Trump fired from her acting Attorney General position after she refused to defend the president's executive order on immigration.

#FLYNN docs just unsealed, including handwritten notes 1/24/2017 day of Flynn FBI interview. Transcript: “What is our goal? Truth/Admission or to get him to lie, so we can prosecute him or get him fired?” Read transcript notes, copy original just filed. @CBSNews pic.twitter.com/8oqUok8i7m

Even before the Flynn documents were released, we had two FBI officials, then-counterintelligence agent Peter Strzok and his mistress, Lisa Page, exchanging thousands of anti-Trump texts, alluding to an "insurance policy," which they discussed with then-deputy FBI Director Andre McCabe, another total disgrace. First, Page said those texts mean exactly what they say, unlike Strzok who said it showed his patriotism or something. The "insurance policy" is said to be a reference to the Trump dossier, a piece of political opposition research funded by the Clinton campaign and the Democrats. It was compiled by ex-MI6 spook Christopher Steele. This was the document that was cited to secure a FISA spy warrant on Carter Page, a former Trump campaign adviser. The DOJ inspector general said the FISA process was a systemic failure, with Page's exculpatory evidence being omitted from the process.

Strzok and Page also felt that the bureau was going too hard on Hillary Clinton. And that's the other issue. The Clinton email server review and the counterintelligence probe into the Trump campaign are two of the most politically sensitive probes to hit the FBI in recent memory—and Strzok was a key person in both of them. These texts already embarrassed the FBI and its reputation as an impartial law enforcement and investigative body. Then, we have top DOJ officials, which included McCabe and then-Deputy Attorney General Rod Rosenstein, discussing ways to remove Trump via the 25th Amendment. That's rather coup-ky.

So, the FBI's laundry list of bad behavior is extensive, and it took the biases from those who politicized this institution under the Obama administration and Eric Holder and really jacked it up with steroids. Even liberal reporter Michael Tracy tweeted, "It was obvious from the beginning that Mike Flynn's ouster was a total set-up, because the circumstances of it were so implausibly stupid. They tried to criminalize completely routine phone conversations with the Russian ambassador."

If Trump pardons Mike Flynn, left/liberals will of course screech that it's some kind of fascist power-grab, when in almost any other context what they'd denounce is the FBI's blatant entrapment-style tactics. But when those tactics are used against political enemies, they cheer

This was all part of the FBI's Russian collusion probe, which was based on the Trump dossier that sent this whole delusional crackpot theory into motion. It engulfed our national media for two years. That counterintelligence probe into Russian collusion morphed into the Robert Mueller probe after Trump fired Comey in 2017. And all of this is grounded in the Clinton campaign's opposition research. It's a mess.

FBI agents were conspiring against a then-presidential campaign, used shoddy evidence to secure a spy warrant on an American, Page, and then proceeded to ruin his life, possibly pulling punches because Sztrok and Page thought the bureau was going too tough on Hillary, and now FBI agents concluded that Flynn did nothing wrong, but still decided to slap him with perjury charges. Columnist and lawyer Marina Medvin has been following the Flynn fiasco, zeroing in on possible crimes regarding the FBI agents altering their 302 report forms, with Powell likening their behavior to the KGB. Ouch.

Oh, and let's not forget that the FBI spied on the Trump campaign. That's what happened. Gleaning information from people under false pretenses and relaying that information to your superiors is spying.

This whole agency needs a facelift. I hope some indictments come from US Attorney John Durham, who has been investigating the origins of the Trump-Russia probe for months. I hope the report forces Senate and House committees to hold hearings about the FBI running amok. It's time for a massive overhaul.