Could SEC Football Strength Be Equaled by 'SEC Presidential Primary' in '16? 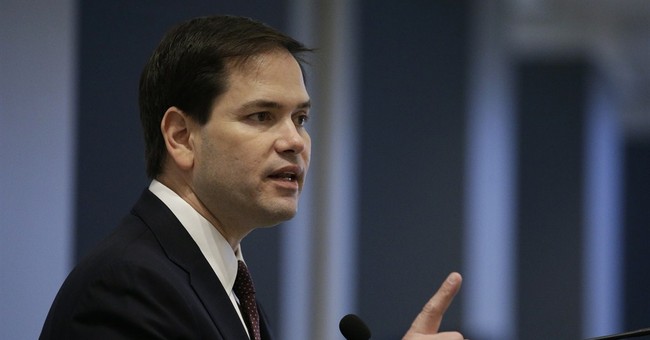 In recent presidential primary cycles, the influence of Southern states -- with the exception of Florida, whose "Southern status" is perhaps more locational than anything else -- has been minimal.

While pundits like to say that GOP presidential nominees have relied heavily on a "red state" electorate based in the South, that same base has had little to say in determining the nominee. After all, neither John McCain nor Mitt Romney had much in common with the region.

Georgia's Republican Secretary of State Brian Kemp sensed that voter turnout intensity in the region could be stronger in November 2016 if voters in the South actually got to know and help decide the nominee for president. Over the past year, he has worked diligently to try to make that happen.

Kemp has been pushing the concept of a so-called "SEC primary," named after the college football's powerful Southeastern Conference, to be held on March 1 of next year. He has worked to convince his colleagues in other Southern states to lobby their legislatures and governors to "join the team."

And it appears this new political "conference" is taking shape.

Of course, both the Republican and Democratic Parties will allow the traditional states of Iowa, New Hampshire, South Carolina and Nevada to hold their contests, in that order, prior to March. Any other state that dives in before that will be penalized harshly. Their actual delegates stripped down to nothing at the respective national conventions.

So on March 1, four of the largest Southern states -- Texas, Georgia, Virginia and Tennessee -- will be joined by others to form the "Super Tuesday" of the 2016 cycle. Several non-Southern states will vote that day as well.

With Alabama likely to vote on that same day and a March 1 vote likely to be considered in Arkansas' upcoming special session, the number of SEC primary states will likely grow. Still up in the air is North Carolina's date. And Louisiana won't join in on March 1, but will follow right behind on Saturday, March 5.

What might this all mean for both the GOP contenders for the Republican and Democratic nominations?

Let's start with the easier one to analyze. Hillary Clinton's quest to win the Democratic nomination seems a done deal. But in 2008, the left wing of her party knew that Barack Obama would steal the vast amount of African-American votes from Clinton in South Carolina and other Southern states. What they didn't realize was that he would capture the imagination of white Democrats in states such as Iowa and upend Clinton's seemingly prohibitively favorite position to win the nomination.

This time, Clinton must recapture her husband's immense popularity in the African-American community. Many of the SEC Democratic contests will be heavily comprised of black voters.

For the Republicans, the SEC primary might weed out the many candidates producing one so-called "non-establishment" frontrunner to take on the money and name identification of Jeb Bush.

In 2008, Mike Huckabee carried Georgia, Tennessee, Alabama and Arkansas. By that time, the race had really narrowed down to a McCain-Huckabee contest, with Huckabee low on cash and having been swamped by McCain in Florida.

South Carolina set the stage for Newt Gingrich to lift off as the less "establishment" choice in 2012 against Mitt Romney. But once again, Florida's primary, held just days later, left Gingrich defeated and drained of cash. And there was no SEC primary to rescue him.

This time, non-establishment candidates, including Sen. Ted Cruz of SEC participant Texas, could potentially weaken a Bush candidacy with a strong SEC primary showing. Or given that these wins are proportioned out, not winner-take-all, the primary could keep more candidates in the game for a longer time.

Of course, Florida's flagship university "Gators" are an SEC team, and Florida's huge winner-take-all delegate contest on March 15 could provide any number of scenarios. Imagine a potential showdown between Florida Sen. Marco Rubio and the former Florida Gov. Bush essentially for the nomination. That would have the SEC political conference playing its championship "game" in Florida.

Any way you look at it, the SEC primary has the potential to reshape the 2016 game.