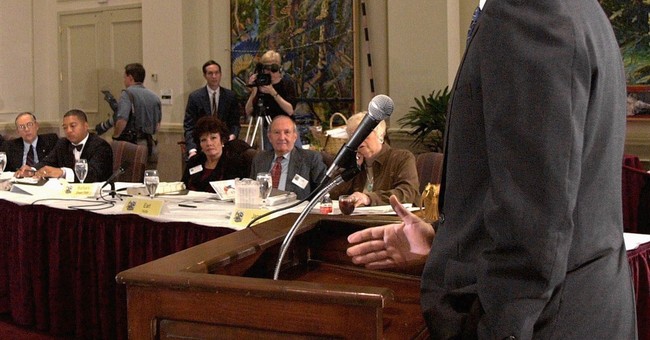 ST. PETERSBURG, FL -- Outside of the D.C. and New York areas, it is hard for a daily newspaper to influence the ongoing conversation and debate during a presidential campaign season. But one paper arguably reaches that level, particularly in regard to the upcoming race for the Republican nomination for president.

The publication once known as the St. Petersburg Times was renamed the Tampa Bay Times several years ago. The idea was to reflect the strength of the entire Tampa-St. Pete media market. The paper has the largest circulation in the South. It holds a tradition for winning Pulitzers and is known for its political coverage. Teaming with the Miami Herald on much of its day-to-day reporting, the combination can be a powerful force, particularly in light of Florida's recent replacement of New York as the nation's third-most-populous state.

A good example of this journalistic strength was a recent Times front-page story that examined Jeb Bush's actions as governor during the emotionally compelling story of Terri Schiavo. An examination of that controversy gives the nation an early glimpse at an issue that could either propel Bush to an insurmountable lead in the GOP presidential race, once delegates start choosing their next nominee, or cripple his efforts should he become the party's choice for president.

Bush was front-and-center in the battle of whether Schiavo, a young woman who most medical professionals deemed to be in an irreversible vegetative state, could be removed from a feeding tube by her husband's wish, over the objection of her parents and many others. The case pitted the husband and parents in a long-lasting fight that seemed to wind through virtually every level of state and federal court. It ultimately resulted in a Republican-sponsored bill in Florida to preserve Schiavo's ability to remain on life support. Then-Gov. Bush backed, signed and defended the bill.

Recall that Schiavo's case ended up bringing the Republican-controlled Congress and then-President George W. Bush together in passing and signing into law federal legislation that removed the matter out of the Florida courts and into the federal arena.

None of this worked. Ultimately, federal judges declared the federal law unconstitutional and the Supreme Court refused to hear an appeal. Schiavo was removed from feeding tubes and passed away days later -- well more than a decade after she collapsed and entered the so-called vegetative state diagnosed by physicians.

Today conventional wisdom is that the decision by Republicans in Washington to pass emergency legislation concerning one individual case was an overreach of federal intervention and actually started a long-term collapse of the GOP. At least that is what the establishment media and plenty of consultants in D.C. believe.

And they may be right. But on the other side of the controversy could be found a passionate and rarely witnessed willingness on the part of elected officials, and in particular Jeb Bush, to fight tooth-and-nail for what they considered to be a right-to-life issue.

The writers for the Tampa Bay Times accurately capture a Jeb Bush who often took a "my way or the highway" attitude toward legislators, judges and anyone else who stood in his way. They note that most of the nation doesn't recognize how conservative or how, in essence, arrogant Bush could be when he was governor. And their front-page Sunday-edition story makes it clear that the Schiavo matter will be prominent during any Bush presidential run.

But that same resolute position on the Schiavo matter might be a saving grace for Bush should he enter early GOP primaries in states such as South Carolina. What has been underreported this year is the resurgence of the so-called evangelical vote in deciding major GOP primary contests in 2014. With a cohesive tea party effort starting to wane, conservative Christian voters are once again becoming a force in the nomination process for the Republicans.

Many a pundit has branded Jeb Bush an "establishment" Republican. But as the Times article points out, Jeb is unlike any other Bush the nation has known. His conservative beliefs go far beyond fiscal matters. That might hand him the nomination but test him in a showdown with a Democratic nominee.