Paris Shooting Another Example Of Why Republicans Must Lead 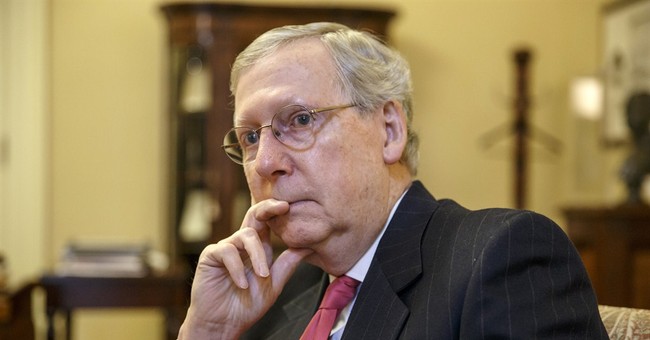 The shocking act of murder by terrorists in Paris this week provides chilling new evidence that Republican majorities in Congress must act.

The tepid response from the White House -- a hallmark of Obama, except on issues like race and law enforcement -- must come to an end. It will take action by Republicans on Capitol Hill to force a change.

On Monday, the political press was abuzz over a challenge to House Speaker John Boehner from several of his fellow representatives. But Boehner won another term as speaker. Now it's time for Boehner and Senate Majority Leader Mitch McConnell to demand that this nation set its priorities right. Rather than bashing law enforcement officials or promoting class warfare, Washington needs to come to grips with real issues that threaten America's security and well-being.

From cyber attacks to what we might call "practice runs" of terrorism against the West, such as the Paris massacre, the United States is being challenged to engage in a war. No one wants such a war, but we must at least admit that we are under attack.

While the Obama administration has been quick to point out a cyber attack they believe came from North Korea, the White House continues to not fully acknowledge acts of brutal terrorism by militant Islamists, who have made it clear that the destruction of the West is their ultimate goal.

For the last few months, our news has been dominated by issues of race and alleged abuse by law enforcement officials. No one denies that race remains an issue in America. But the Obama White House has treated it as if it were the central issue of our time. And thanks to people like New York City Mayor Bill de Blasio, honest and hard-working police officers have been lumped in with a handful of alleged renegades in being unfairly stereotyped.

And while passage of legislation such as the Keystone Pipeline is important, messaging on broader issues can also be critical, as the Obama administration has shown time and again with its inability to speak clearly and forcefully. So now the Republicans should use the bully pulpits in both the House and the Senate. They should stop quibbling over issues of comparatively small importance and start challenging Obama and his shrinking party on matters of life and death.

For example, no one has any concept of what our nation's defense system is against cyber attacks or other terrorist threats. What is clear is that this administration would rather focus on the alleged failures of the CIA than on formulating a clear plan to combat our terrorist foes.

Republicans must understand that while issues such as Obamacare and immigration are important to many Americans, the security of our citizens and the preservation of our major means of communications, such as the Internet, are our paramount interests.

Rather than simply throwing rocks at what is clearly a lame duck president who is hell-bent on implementing tangential liberal policies, Republicans must offer well-thought-out and substantive proposals to secure this nation.

America has seen warnings and terrorist "practice runs" before. There was the World Trade Center bombing, for example, not many years prior to 9/11. That was during a time when the stock market seemed strong and people felt secure. Now, once again, we are witnessing practice runs of terrorism just as Americans are starting to feel good about lower gasoline prices and an improving economy.

But neither interest in the economy and other traditional issues, nor happenings like unrest in Ferguson, Missouri, will seem important if America is the victim of another 9/11, or worse.

Both John Boehner and Mitch McConnell now enjoy unified Republican majorities in their respective chambers. Now it's time for them to dictate to the president some real solutions to deadly problems. Quickly.