A Father's Logic: If GOP Nominates another "Fancy Pants," Just Go with Hillary 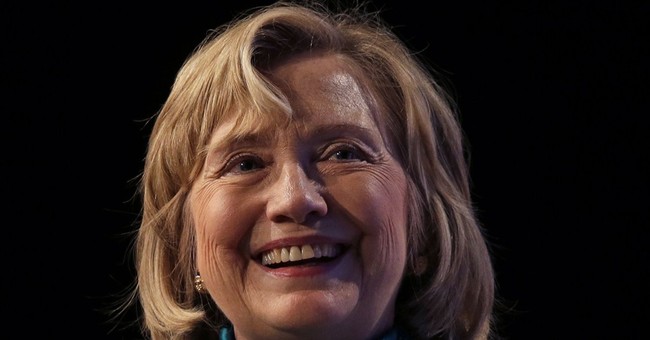 Yes, I know she messed up Benghazi, but methinks the cover-up was more about making President Obama look good, not about Hillary Clinton goofing up. And, yes, she is to the left of most Republicans and has tons of prior alleged baggage from the Bill Clinton administration. Got it; no one has to say anything to remind me of all of that.

But let's be really honest about her 2008 run. Hillary Clinton was way to the right of Barack Obama. It frustrated Bill Clinton, who nearly had a meltdown in New Hampshire over his frustration at the media's willingness to give Obama a pass while they relentlessly attacked both the former president and Mrs. Clinton.

Sure, it would be great to see a Republican in the White House. But if it's another out-of-touch man with a chamber of commerce brand on his rear and the usual "kick the can" attitude towards things like the national debt, then I would prefer to take a pass.

My father has given much over the years to the GOP, when an active businessman was one of the sharpest one could meet. He always told me to "remember, we support Republicans, but we always make more money when the Democrats are in office." In those years, I was an active Republican strategist and elected official. I resented his pragmatic analysis.

But my dad could back up his argument (and still can) with pretty sound logic. He said "the Republicans, all but Reagan, are great at all these gimmicky tax credits and breaks, but they usually just go the largest of businesses or if they get in trouble, they get nervous and take it all away.

That wasn't all I learned from him. He constantly told me that the Republicans were their own worst enemy because "they eat their young." If you don't believe that, just ask Marco Rubio about the lovely time he's had in the last few years. Paul Ryan could add something to that, too.

But the ones who could most attest to that saying would be Sens. Rand Paul and Ted Cruz. Yes, they are ambitious, and maybe Cruz is as arrogant as his colleagues suggest. But Bill Clinton was no shrinking violet in early days. And I can assure you, having been his political chairman, the "Old Guard" of the GOP openly looked down their nose at Newt Gingrich until he became Speaker of the House.

Another John McCain or Mitt Romney, and the GOP will be toast for years to come. And what do we risk by jumping on the Hillary bandwagon if it looks like another rigged GOP contest in 2016?

In 2008, Republican legislators in Florida, with otherwise good intentions, basically handed Obama the Democratic nomination by insisting on moving their primary date to a time ahead of the approved DNC/RNC schedules.

The result was a double disaster. Hillary Clinton, who blew Obama's doors off in the delegate-rich sunshine state, wasn't allowed to count any of the delegates she won, thus allowing the continued momentum he gained from Iowa and South Carolina. Moreover, the now-Democrat Charlie Crist, at that point a popular Republican governor, endorsed John McCain. The GOP counted the delegates, basically sealing the nomination for the "grumpy warrior."

It wasn't until he sealed up the nomination that Barack Obama began to take gentle jabs at his core belief, that wealth should be redistributed by government. If anyone wants to argue that such a philosophy was at the core of the political agenda of Bill or Hillary Clinton, or is now, they are fooling themselves.

Yes, we would hear more of Obama's politics echoed in a Clinton candidacy, but you can bet it would only be needed because the Obama crowd will, by then, have found a more suitable liberal to quietly back against Clinton. And, once elected, you would find a far more pragmatic and center-leaning Democratic president.

Of course, it would great to have a Republican president working with a hopefully majority GOP Congress in 2016. But if it is the same old bunch of losers, I'll be considering my father's past advice.