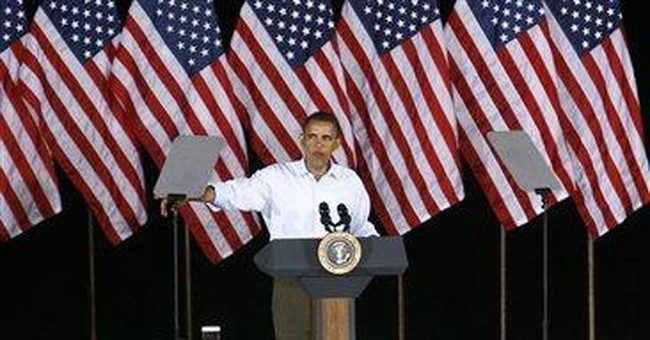 By and large, the pundit class has it that momentum now favors passage of a national health care program. There's a fly in the ointment, however. Too many of the Senate Democrats needed to pass such legislation hail from states where even if the concept of health care reform is tepidly endorsed by the people, that support breaks down when ways of actually paying for reform are considered. So ultimate passage of any bill is problematic.

Take the swing state of Florida. Democratic Sen. Bill Nelson is a moderate Democrat. Since our recent InsiderAdvantage survey of Florida shows a state equally divided on the issue, Nelson conceivably could vote for a health care bill. His problem is to figure out what to support in the funding of the bill. The state's senior population is dead-set against any more cuts in Medicare benefits. And they aren't wild about the reductions proposed for the Medicare Advantage program.

But other alternatives put forth in Washington, like a tax on sodas and sweet drinks, or even a tax on financial transactions, such as the sale of stocks or other equities, get low marks from the voters, too. Signing on to almost any of the proposed ways of paying the health care piper would likely be more politically fatal to a senator than voting for the reform bill itself.

In North Carolina, another presidential swing state, Sen. Kay Hagan's approval ratings have plummeted since her election last year. She could easily seal her eventual political fate this year. When she runs again five years ahead, she could be sunk by charges that her support for a health care bill triggered any number of finance mechanisms that might ultimately be needed to pay for it. The list of moderate Democrats in similar straits is not short.

And then there's the idea of charging a fee on Americans who don't sign up for health care under whatever reform bill that might emerge. Polling suggests that any lawmaker that supports that neat little twist might be doing the political equivalent of swallowing a time-released poison pill.

Most amazing is that Congress continues to fret feverishly on a potentially unworkable and even disastrous health care bill while so many other pressing issues go unaddressed. The suddenly resurgent stock market may be misleading Washington into thinking our economy has at last passed "Go" again.

Tell that to the people in most states, like Sen. Nelson's Florida. Voters there continue to say the recession has negatively affected them. A majority says Florida's economy is either as bad as or worse than it was six months ago.

My bet is that the oh-so-critical-vote in the Senate Finance Committee for a health care reform bill by the lone Republican to do so, Olympia Snowe of Maine, will melt like a snow cone in July before this whole reform movement plays out. Snowe tied her vote to enough caveats to allow her plenty of room to back away from whatever the final bill entails.

Recently, Newsweek extolled the virtues of Vice President Joe Biden. (Biden does seem to be one of the more likeable people in the administration.) The magazine noted that Biden had cautioned President Obama early on that it might not be wise to take on health care reform in his first year in office. That's likely because Biden's deep institutional knowledge of the Senate told him that no matter how excited the Democratically controlled House might get over a health care reform effort, his more moderate colleagues in the Senate would be given pause by being placed in the ultimate political pickle.

As of late this week, the pickle jar was still full of moderate Democratic senators. They continue to praise some form of national health care bill, but one by one, they're all coming to the realization that erasing the potential perils and pitfalls of such legislation may not be possible. They're right. The plan is too ambitious.

No matter how the pundits try to tell us that a significant bill will pass this year, I have trouble buying it. Too many polls in too many states -- states represented by moderate senators -- say that while the notion of health care reform is marginally palatable, the details turn the stomach.