Change People Are Starting To No Longer Believe In 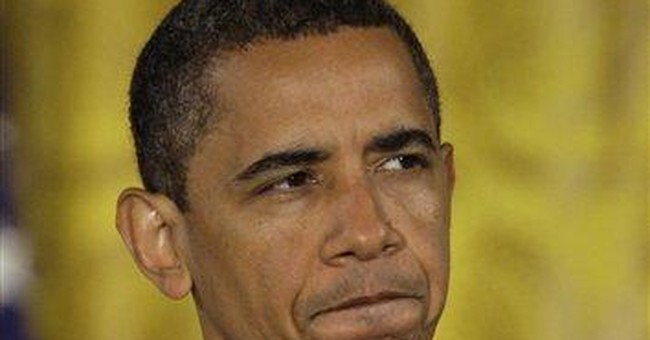 It's finally starting to happen. For months, I've irritated many conservatives by telling them that, like it or not, Barack Obama had high approval ratings, and that most Americans were so enamored with the president that there was no use in attacking him yet.

But one thing I was sure of was that eventually the overly liberal House and some of the Senate's most senior Democrats from the Northeast would transform many of Obama's ideas into proposals so bewildering and threatening that many of the independent swing voters who propelled Obama to victory would start to lose confidence in the new details of the "change-you-can-believe-in" program. Sure enough, bit by bit, much of the president's agenda is starting to come apart like a cheap trailer in a tornado.

Consider healthcare reform. I recall in the Democratic presidential primary debates that candidate Obama suggested a slower pace and perhaps less ambition in trying to put the brake on runaway healthcare costs; slower, at least, than Hillary Clinton's more aggressive "universal healthcare" proposal. At one point Obama said that step one would be to address the medical needs of America's children.

It was only after Obama was elected that his own more aggressive approach started to emerge. And even then the most forceful and comprehensive proposals seemed to surface not in the White House, but in the House and in Edward Kennedy's committee in the Senate. (Most observers believe any bill with a realistic chance to become law will probably come out of another Senate Committee -- Finance.)

Regardless, the Congressional Budget Office says the price of Democratic reform to healthcare would be staggering. Beyond that, more and more Americans appear to be having serious misgivings about healthcare being under the exclusive or predominant control of the same folks that bring you the U.S. Postal Service (which is itself struggling mightily with disorganization and threatened with having to cut services).

Then there's the fight against "climate change." Yes, many have noticed that with much of the northern United States having endured a particularly frosty winter this past year, the term "global warming" is being discarded like last week's magazine.

And yes, the House has again tried to push through a bill to limit carbon emissions by forcing energy producers -- and ultimately consumers -- to pay for costly permits to produce greenhouse gasses, and to limit the market for such permits.

Yet now the whole concept has been watered down. The so-called "cap-and-trade" permits probably won't go into effect for years, and will likely be phased in even then. And there's good reason to believe that there may be enough opposition among some moderate Democrats in the Senate to stall or even kill the legislation outright.

As for another round of stimulus money, you can forget it. Public opinion polls tell us that the federal debt being amassed is scaring people; so much so that polls also say that Americans now trust the clueless, leaderless GOP on economic and fiscal issues more than they do the Democrats.

I believe the president is being weighed down a bit by the over-actions of the Democratic Congress. They seemed to have taken many of his ideas and disappeared with them somewhere way beyond the left-field foul line. And the public has too little attention to always properly distinguish between Obama's and the Congress's words and actions.

Remaining is what may be the most pernicious White House proposal of all -- to tax overseas revenue of corporations as soon as they are recognized in whatever foreign country they may be earned in. This could result in whole corporations moving their headquarters out of the United States. Microsoft has already dropped a hint that it might.

Unfortunately for these companies, this proposal hasn't been widely canvassed in media yet, probably in part because it's complicated and in part because Obama has done an effective job of branding many of these multinational companies as "tax dodgers."

What a cruel irony if most of the Democrats' policy proposals that could potentially retard economic growth were to fall apart this summer, only to have a potentially devastating new tax trip us back into recession because no one understood or cared about the issue enough to combat it.