Matt Barber
|
Posted: Feb 14, 2016 12:01 AM
Share   Tweet
The opinions expressed by columnists are their own and do not necessarily represent the views of Townhall.com. 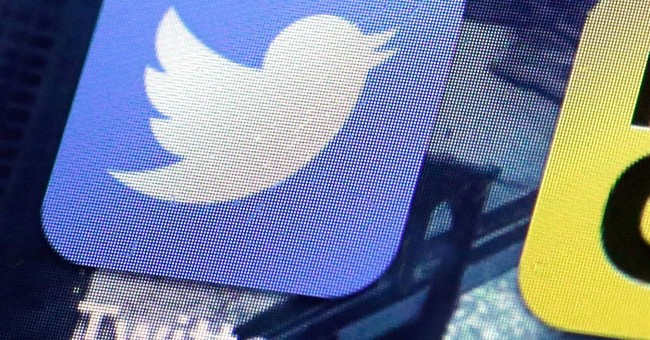 This cannot be good for free speech and the open exchange of ideas. Not for Christians and conservatives anyway.

Still, we need only look to the so-called “safe space” craze on America’s college campuses to gain a glimpse into what Twitter undoubtedly means here. Understand that, for the left, the word “safe” has nothing to do with, well, safety, and everything to do with censorship.

With its new initiative, Twitter says it seeks to “strike the right balance between fighting abuse and speaking truth to power.”

What, exactly, constitutes “abuse,” “truth” and “power” remains to be seen, but, based on Twitter’s long history of blacklisting and “unverifying” conservatives from its rolls, I think we all know who gets shafted on this.

“To ensure people can continue to express themselves freely and safely on Twitter, we must provide more tools and policies,” the company claims. “Twitter does not tolerate behavior intended to harass, intimidate, or use fear to silence another user’s voice.”

Color me über-skeptical, but as Daniel Payne observes over at The Federalist, “Twitter already allows its users to either mute or block anyone who is being bothersome or threatening. There is no practical necessity for a ‘council’ to make people feel ‘safe’ on Twitter. Blocking is an effective tool for anyone who needs it. You can always report to the Twitter staff the rare troll who just won’t give up.

“The seemingly superfluous formation of a ‘Trust and Safety Council,’ then, suggests a kind of procedural overhaul of Twitter’s internal speech policy,” concludes Payne.

Indeed, to the fragile liberal mind, any disagreement with its rigid, and decidedly one-sided, brand of “tolerance” and “diversity” constitutes “behavior intended to harass” or “intimidate.” To those who cannot win an argument on the merits, the path of least resistance is to silence all dissent.

Yet, if there was any question as to whether Twitter will be adopting the above-referenced definition of “safe space” in its effort to make tweeters “feel safe,” that question is immediately resolved by virtue of whom it has deputized. While there are a handful of legitimate, left-of-center anti-bullying organizations on the “council,” the list is likewise comprised up a rag-tag gaggle of fringe “progressive” groups like Feminist Frequency and GLAAD (formerly the Gay & Lesbian Alliance Against Defamation).

Conspicuously absent is even one conservative or Christian organization.

So, what will GLAAD and the rest of the “Tweet Police” be doing? It’s hard to say for sure since Twitter won’t, but, considering what GLAAD already does, we can venture a fair guess.

GLAAD is an extremist homosexual censorship group that, for its defamatory antics, was certified last year by the well-respected American Family Association as an “openly bigoted anti-Christian organization.” GLAAD’s primary purpose is to strong-arm the entertainment industry and news media into presenting unrealistically favorable portrayals of the homosexual and gender-confused lifestyles, while at once censoring positive portrayals of natural marriage and the natural family, and silencing those who hold biblical values relative to marriage and human sexuality.

One of GLAAD’s most troubling censorship efforts was its Orwellian “Commentator Accountability Project.” This was a desperate effort to “suppress the biblical worldview from media.” Various homosexual activists were conscripted to contact, badger and otherwise intimidate media outlets, such as CNN, Fox News, the New York Times, et al., into blacklisting leading Christian cultural analysts (yours truly included) from providing commentary and political analysis over the airwaves and in print.

While the smear campaign ultimately failed, it did betray, for all the world to see, GLAAD’s overt designs on anti-conservative, anti-Christian censorship. And now it has its grubby little rainbow-hued fingerprints all over one of the world’s largest and most popular social networking sites.

Enjoy your Twitter free speech while you can, conservative Christians. Your tweets are birds on a wire, and GLAAD’s got the pellet gun.