In the Fight to End the Recession, The Energy Industry is Our Ally 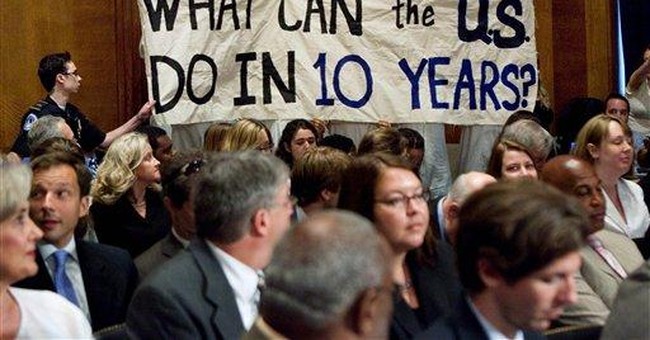 With the country facing a recession that has now cost 15 million Americans their jobs and their livelihoods, you would think Washington would be focused on encouraging an economic rebound and promoting job growth. Sadly, it is not. Instead, Speaker Nancy Pelosi, Senate President Harry Reid and President Barack Obama are focusing on a leftist agenda that is not only unrelated to economic growth, but will undercut our economy with new taxes and regulations at the worst possible time. Exhibit A is the administration’s attack on the energy industry.

In Oklahoma, oil and gas producers support over 300,000 jobs. They contribute hundreds of millions of dollars annually to our state revenues. If producers suffer a downturn in productivity, the state of Oklahoma suffers budget shortfalls. The bottom line is the energy industry should be seen as an ally, not an enemy, in the effort to stabilize our economy. In Oklahoma especially, oil and gas companies have a track record of operating in a safe, environmentally friendly manner. And despite the very real and very tragic nature of the recent Gulf Coast oil spill, we cannot allow short-term hysteria to dictate long-term energy policy.

Unfortunately, President Obama does not see it that way. His administration has been openly hostile to the oil and gas industry and is now pursuing a three-pronged attack on American energy companies. The first battlefront is the president’s “cap and trade” legislation, a tax of at least $500 billion over 10 years on the energy industry that will dramatically increase fuel prices for families and businesses. On the regulatory front, the administration is now considering onerous new federal regulations on hydraulic fracturing, a process that is vital to the affordable production of natural gas, a key resource in Oklahoma and nationwide. Finally, Speaker Pelosi and President Obama are pushing for an elimination of the industry’s ability to expense intangible drilling costs. These tax write-offs have been in place since 1913 to encourage energy exploration and to ensure that we are not taxing natural gas and oil producers into the ground.

The combined effect of the president’s policies is potentially devastating. They will lead to job losses, reduced economic growth and an increase in energy costs. They will worsen our addiction to foreign oil. And they will do all of this without bringing us any closer to a coherent long-term energy policy that reduces our dependence on energy shipped from overseas.

There are a lot of lawmakers, including myself, who believe the number one priority of government right now should be to promote job growth and economic recovery. The energy industry should serve as a valuable partner in pursuing these goals. The president has, unfortunately, rejected that partnership. It now falls on the people of Oklahoma and in states around the nation to elect principled leaders who will repair that relationship, support our energy producers, and work to create an environment conducive to job creation and prosperity. How and when we emerge from this recession depends on it.