From Where’s Waldo to Where’s Daniel? 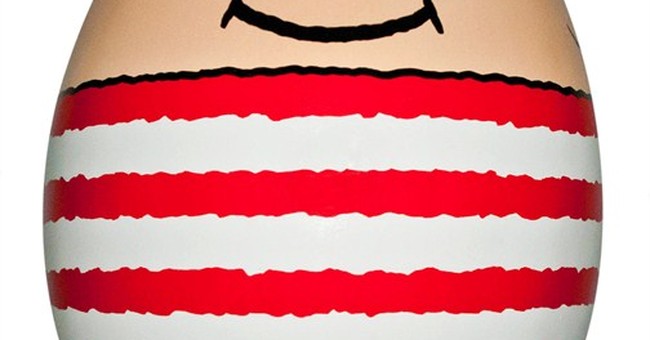 My children and millions of others have enjoyed the Where’s Waldo? series of books by English illustrator Martin Handford. They’re even popular in other countries where Waldo has other names: Charlie in France, Jonas in Lithuania, Holger in Denmark.

But here’s a question that leaves me curious when I read Chapter 3 of the book of Daniel: Where’s Daniel? That’s the chapter where King Nebuchadnezzar erects a 90-foot golden statue and demands that all bow to it. Daniel’s three friends will not, so he throws them—but not Daniel—into a fiery furnace.

Commentators typically suggest that Daniel must have been somewhere else, because how could he have sat quietly as his friends faced fire? But some Reformation theologians went deeper. John Calvin suggested that Daniel was in Babylon but escaped prosecution because the king liked him. English clergyman Andrew Willett suggested that Daniel protested at first but then was silent.

Those speculations lead to thoughts that could be depressing: During the events of Chapter 3 was Daniel, like Peter six centuries later, warming his hands by the enemy’s fire? Instead of hearing a rooster crow three times, did he see three of his friends scheduled for execution?

But if that’s so, it’s not depressing: It’s inspiring, as is Peter’s story. Who can turn a skulking coward into a hero? Christ can. Look how God reaches into a prison cell to make Joseph fit to rule and into desert brush to light a fire in Moses. More recently, he took thrice-divorced Kim Davis and gave her the will to take a stand for marriage. The world looks at her personal history and sneers. WORLD looks and cheers the change.

If Daniel was AWOL in Chapter 3, his courage later is even more impressive. Summoned into Belshazzar’s presence to interpret frightening handwriting on the wall, Daniel speaks of the king’s imminent doom. Facing a national unity decree that prohibits for 30 days requests to any god or man except the king, Daniel does not stop praying in his house.

Over the centuries some commentators have asked why Daniel didn’t shut the windows and draw the curtains: Why make it easy for his enemies? But Calvin pointed out that had Daniel prayed secretly, those foes “would have counted him timorous and without all courage…it was necessary for him to do as he did that his faith, courage and constancy to his first principles might appear to all people.”

If Daniel, instead of being brave from birth, was a sinner like the rest of us, needing to be born again, maybe you and I, with God’s grace, can be heroes as well. Some of us these days want to hunker down, but see how Daniel neither withdrew from Babylonian culture nor abandoned his Bible-centered message. It seems that God loved him and had a wonderful plan for his life—to grow him through tribulation. That may be God’s wonderful plan for us too.