A Perfect Day for Needlefish 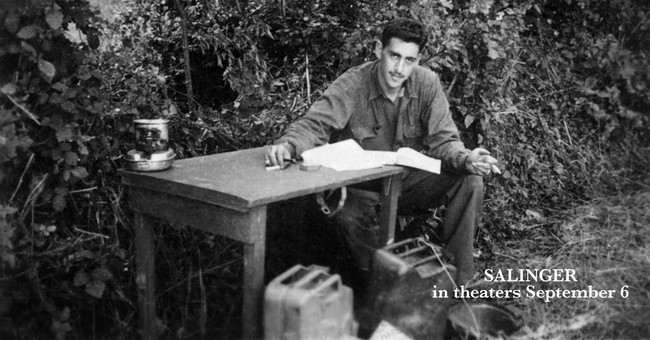 In Guam recently my wife and I taught a writing course and then went snorkeling. Near coral reefs we fed, underwater, hundreds of 6-inch-long needlefish. Slender with little teeth, they appeared infused with light. So many sped around our hands that they formed a silver streak amid the blue-gray waters of Tuman Bay. We became fond of them.

Later, I read for the first time in 45 years a story that influenced me as a teenager, J.D. Salinger’s “A Perfect Day for Bananafish.” The main character is a troubled veteran, Seymour Glass, surrounded at a hotel by the materialism Salinger despised. He meets a 4-year-old girl, Sibyl, on the beach and tells her about fish that swim into holes and eat so many underwater bananas that they cannot leave the holes: There they die.

Sibyl plays along with the pretense and tells Seymour she sees a fish that has stuffed six bananas into its mouth. She marvels at the sea and its denizens, viewing them rightly as magical and mysterious. The problem, though, is that adults do not play along and do not marvel. Seymour tells a woman she is staring at his feet. Rather than saying as in a fairy tale, “My, what big feet you have,” the woman haughtily denies any impropriety.

The last two paragraphs of the story show Seymour returning to his hotel room, which smells of his wife’s “new calfskin luggage and nail-lacquer removal.” He sees her asleep, pulls a handgun from his suitcase, and fires a bullet through his right temple. The ending shows the irony of the title, since self-stuffing bananafish are the enemy, and the day is most imperfect.

J.D. Salinger is most famous for “The Catcher in the Rye,” sometimes called “the Bible of teenage angst.” The novel has sold perhaps 65 million copies in the 64 years since its publication. Over the decades many high-school teachers have assigned it—and many parents have protested that assignment because of the book’s coarse language and nihilism. Mark David Chapman, who carried a copy when he assassinated John Lennon, and sat reading it as police arrested him, said Salinger’s novel explained the shooting.

Bizarrely, “Catcher” has also been prominent when police caught other assassins like Lee Harvey Oswald and John Hinckley Jr. That coincidence has led movie protagonists like Mel Gibson in “Conspiracy Theory” and Will Smith in “Six Degrees of Separation” to conjecture about Salinger’s work as part of some giant plot. That’s silly, but “Catcher” is a teenage working-out of Ecclesiastes, with its cry that all is meaningless. Those who see no purpose in their lives might try to manufacture drama by killing a prominent individual, or themselves, or doing something else evil, like joining the Communist Party.

Salinger did not kill himself, but he did kill his career: Born in 1919, he became a recluse in the 1950s, except for occasional affairs with literary-star-struck teenagers. He published nothing after 1965. His paternal grandfather was a rabbi, his father became wealthy selling ham and cheese, and Salinger (after his bar mitzvah) abandoned Judaism and eventually cycled through Zen Buddhism, several variants of Hinduism, Islamic mysticism, Scientology, Christian Science, Taoism, and more. He cycled through diets, sometimes eating frozen peas for breakfast and drinking his own urine.

Salinger in his book “Franny and Zooey” describes a character I loved, Franny, saying over and over again, like a mantra, “Lord Jesus Christ, Son of God, have mercy on me, a sinner.” Sadly, Salinger did not explore what that sentence really means. He lived to be 91 and tried everything but biblical Christianity. Salinger died five years ago, but this year he may begin a second authorial life. He apparently left specific instructions for publishing from 2015 to 2020 two novels and a sheaf of stories he had worked on during his solitary years.

Puritan author Jeremiah Burroughs, in “The Rare Jewel of Christian Contentment,” noted that contentment comes not by shooting others or ourselves, or obsessing about what others have and misuse, but by thanking God for all the magic of this world. Consider the needlefish: Our heavenly Father feeds them, and sometimes uses us to do the same. Observe their splendor: Even Solomon in all his glory was not arrayed all in silver like one of them, on a perfect day.