Time For a Refresher Course 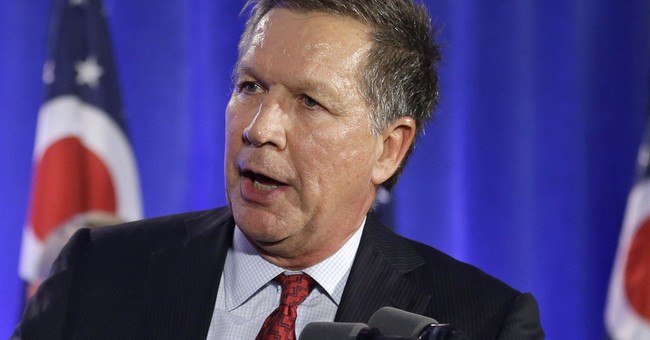 Pleasant memory and future hope warmed me when I heard John Kasich may be running for the GOP presidential nomination—but his lazy use of the Bible leaves me cold.

I spent much of 1995 in Washington promoting welfare reform. Kasich at that time was a 43-year-old chairman of the House Budget Committee and a Grateful Dead fan. Once after midnight, as he gave me a ride back to my hotel, he called his then-girlfriend and said something like, “Hey babe, you won’t believe who’s in my car. Marvin Olasky, an ‘intellectual.’ We’re having an ‘intellectual’ discussion.”

That was fun for a Texas professor who liked having his ego stroked but also mocked abstract ‘intellectual’ analysis. Much better to see things at street-level than suite-level, so I was glad when Kasich left behind his Washington-insider years by campaigning successfully for governor of Ohio in 2010. He gained reelection in a 64 percent landslide last November. Perfect preparation for the presidency, I thought: ‘Knows Washington’s bunko games but also knows how to manage.’

This year, though, I’ve looked more closely at what Kasich is doing and saying. Some of his doing, including his decision to bring Ohio into Obamacare’s expansion of Medicare, has rightly troubled conservative pundits. But, given how Obamacare bribes states to join up by paying 100 percent of the costs for three years, it’s easier for an intellectual to say no than for a governor who lives with budgets and doesn’t want to turn down a free lunch—even though it includes junk food and Washington is likely to snatch away the tray.

Kasich’s Bible-based defense of welfare-expanding actions, though, is more troubling. In January he told Montana legislators, “I don’t know whether you ever read Matthew 25, but I commend it to you, the end of it, about do you feed the homeless and do you clothe the poor.” He told NPR that his critics should “read the very end of Matthew 25.…why didn’t you feed me when I was hungry? Why didn’t you clothe me when I was naked? Did you help feed the hungry? Did you help clothe the poor?”

OK, let’s read that chapter’s ending, which finishes up Jesus’ last extended discourse with His disciples as He heads toward crucifixion. Jesus praises those who are merciful: “‘For I was hungry and you gave me food, I was thirsty and you gave me drink, I was a stranger and you welcomed me, I was naked and you clothed me, I was sick and you visited me, I was in prison and you came to me.’ Then the righteous will answer him, saying, ‘Lord, when did we see you hungry and feed you, or thirsty and give you drink?’…And the King will answer them, ‘Truly, I say to you, as you did it to one of the least of these my brothers, you did it to me.’”

Those verses urge us as individuals and churches to help the needy, but they are not a call for government action: Over the past five decades we’ve learned that the tender mercies of the politically ambitious are cruel. Many desperately poor persons have life-affirming values, but those who do not turn undiscerning aid into self-destruction. Since Kasich told Fox’s Chris Wallace, “I will not turn my back on the drug-addicted,” he should realize that Matthew 25:40 cuts both ways: Enabling a person to feed his addiction is like shooting heroin into Jesus’ veins.

A Matthew 25 report on governmental welfare would include searing sentences such as, “When I was a man who abandoned the woman and children who depended on me, you gave me a place to stay and helped me to justify my action.” As I showed in “The Tragedy of American Compassion,” for three centuries Bible-based charities fought a war on poverty far more successful than the government’s over the past half-century. John Kasich told me 20 years ago that he read that book and learned from it, but might I humbly suggest a refresher course?

It’s great that Kasich states, “I won’t turn my back on the working poor.” Christian conservatives should not turn their backs on John Kasich but should plead with him to study the Bible and not turn a great passage into a talking point.