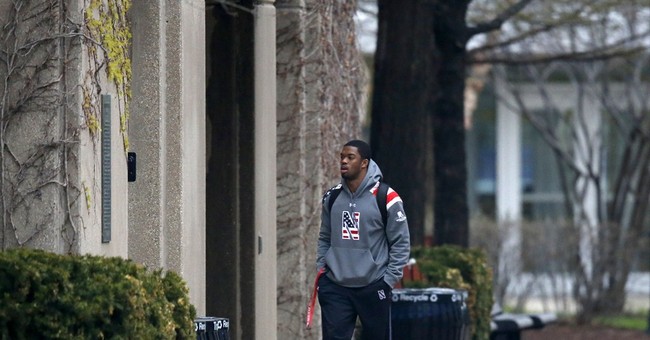 Gnosis vs. epignosis: Knowledge vs. personal experience. WORLD’s May 3, 2014 issue contains our cover story on Christian college trends. I can supplement that with a brief account of my 2007-2011 experience as provost (chief academic officer) of The King’s College, New York City, a school that faced financial difficulty like that now plaguing numerous Christian colleges.

At King’s I sometimes had to give professors off-the-record advice: “Uh, if you’re counting on an assured salary, you might not want to buy that house right now.” Often I didn’t know whether the payroll checks would go out until the day they did. Professors on one-year contracts without tenure felt disrespected by administrators who were trying to put the college on a business-like basis to keep it afloat. The faculty teaching load was double what I often had during my two decades at The University of Texas at Austin (UT).

That’s typical at Christian colleges. Professors with ambition to deliver papers at academic conferences have little time to research and write, and little funding for travel—so it’s important to hire faculty members who care more about applying the Bible than padding their resumés with journal articles almost no one reads. At UT, professors were supposed to have office hours for student visits, and professors were often literalists: “hours” meant two. At King’s, professors were also mentors, and many added a zero to the common secular practice: 20 office hours per week.

Teaching at King’s, in short, was neither a job nor an adventure: It had to be a calling. It’s much easier to base grades on multiple choice tests than to comment line-by-line on student papers, but small classes and faculty feedback differentiated King’s from some of its big competitors. Frequent contact with students was particularly important as online education grew: Reduce the most costly part of in-person college education and students might as well be far away. (I knew that from my own teaching experience. Students in my 10-to-14 person writing classes at UT got a far better education than they would have received online. Those in my 490-student lecture classes received a worse one.)

But here’s the problem: Small courses and mentoring are labor-intensive and costly. That meant money at King’s drove everything from curriculum development to class size: It’s that way at most colleges now. Money drove the decision of the King’s board to sign onto federal student loan programs. Money sometimes drove decisions regarding admissions. Academically superior students could get big scholarship offers from other colleges, and if King’s wanted those students it would have to discount tuition substantially—but if we settled for students who could not get into other good colleges, we could charge the full amount.

We are not to serve both God and Mammon, but the pressure to do so was inevitable, given life in a higher education bubble that is popping. It’s unfair that higher education dollars flow to secular schools but rarely to Christian colleges—we’d be much better off with a modern equivalent of the G.I. Bill that gave recipients low-cost enrollment in the college of their choice rather than the colleges ordained by government—but that’s the way it is and will be. Every Christian college administrator needs to understand that.

I feel a bit like George McGovern, the three-term liberal senator and Democratic presidential nominee in 1972. Ousted from the Senate and turning 66 in 1988, he bought as a retirement investment in Connecticut the Stratford Inn—150 rooms, a restaurant, a conference center. Over the next 30 months he lost all the money he had made in years of speechifying. McGovern later wrote that he gained, too late, “firsthand experience about the difficulties business people face every day. That knowledge would have made me a better U.S. senator and a more understanding presidential contender.”

Epignosis has made me a more understanding critic of Christian college education. My office wall now sports no diplomas, award plaques, or power wall photos with government leaders. It does display one paper plate from the King’s student council that declared me “Captain Action” for regularly coming up with new ideas. Some worked. Some did not. But it was a big challenge—and eventually, given financial needs, something had to break.