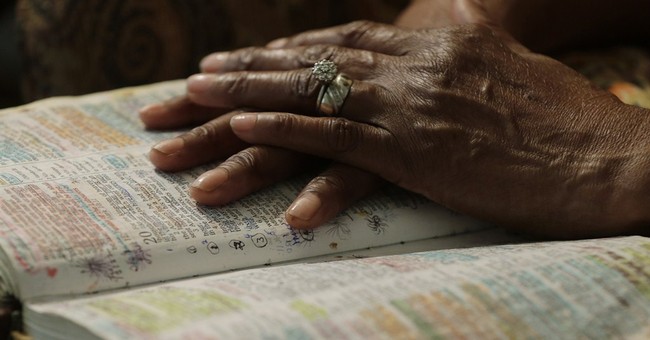 Political correctness so dominates most reference works that it’s hard to find accurate reporting of even nonpolitical subjects such as pre-Columbian art. For example, Wikipedia’s article on the creations of native Americans before 1492 is all sweetness and light, noting only that some works showed human shapes “but with animal features such as bird feet, reptilian eyes, or feline fangs.”

Hmm?…?at what were those reptilian eyes staring, and what were those feline fangs biting? While living in the Lone Star state for two decades I enjoyed the frank way many Texans talk: That tendency even carries over to the Museum of Fine Arts in Houston (MFAH), which describes one of its treasures this way: “Cup depicting the Decapitator Deity, the head of a feline. It holds an axe and bound captives, ready for sacrifice.”

Glory to the god who wants heads cut off! That’s a repeated motif in MFAH’s Glassell Collection of Pre-Columbian Gold, which exhibits dozens of items “depicting a Decapitator owl deity grasping a human victim and a knife.?…?Ornament depicting a decapitated enemy’s head sprouting plants. Trophy heads were believed to nourish the earth.?…?Nose ornaments that transformed the wearer’s face into that of a feline. The whiskers are depicted as serpents.”

For several thousand years uncivil civilizations waxed and waned in the Americas as inhabitants warred on each other and executed captives or other victims. Art served rulers and shamans, who wore gold coverings that made the wearers’ skin appear like that of a shining one (halal in Hebrew, Lucifer in Latin). Kings and priests also wore over their noses gold ornaments depicting the face of the sun god, with golden serpents extended outward to represent the sun’s rays.

The ornament pictured on this page, according to its MFAH description, “depicts a fanged earth god. Streams of blood flow from its mouth, and coiled snakes slither along the top of its head.” It comes from the Chavin people (900-200 B.C.) of present-day Peru, who depicted felines and serpents and “believed that gold was the substance of the sun and that it possessed spiritual power.”

An MFAH description of a ceramic vessel showing a serpent deity even notes that “Snakes were one of the most popular motifs of ancient American cultures, which revered serpents as supernatural beings.” I’ve seen snake motifs so often in countries ranging from Cambodia to Greece to Zambia that the possibility of cultural memory of the satanic serpent—Genesis, chapter 3—seems more like a probability. (See “Snakes on the brain,” Aug. 19, 2006.)

But we don’t hear much about snake worship or the bloodthirstiness of ancient societies, do we? Hollywood often romanticizes exotic people living in societies without Christian influence: See Avatar,Dances with Wolves, Pocahontas, and many more movies that recycle the sentimentalism kicked off by the 1690s writing of François Fénelon, whose primitive hero orates, “We abhor that brutality which, under the gaudy names of ambition and glory?…?sheds the blood of men who are all brothers.”

Abhor? The idea that pre-Christians were peaceful was common among 18th-century “Age of Reason” French philosophers and their devotees, like Benjamin Franklin. Charles Dickens in 1853 decapitated that theory, noting with only slight exaggeration that the life of “the noble savage?…?is passed chin deep in a lake of blood.?…?All the noble savage’s wars with his fellow-savages (and he takes no pleasure in anything else) are wars of extermination.”

The MFAH golden exhibit is beautiful, regardless of the bloody uses to which the items were put, so the artisans probably took pleasure in their creativity—but would a pre-Columbian ever write, and perhaps even think, what the apostle Paul famously wrote in chapter 13 of his first letter to the Corinthians: “Love is patient and kind”?

Yes, the 20th century included mass murders by Communists and Nazis who put into practice their atheistic and Darwin-derived beliefs. Yes, previous centuries included brutality by representatives of the Roman Catholic Church and other ecclesiastical bodies. But Christ’s grace has changed hundreds of millions of lives and multiplied compassion: “In Christ God was reconciling the world to himself” (2 Corinthians 5). Sadly, few students and museum-goers learn that, so we kick away the ladder of Christ that has saved individuals and also served cultures.