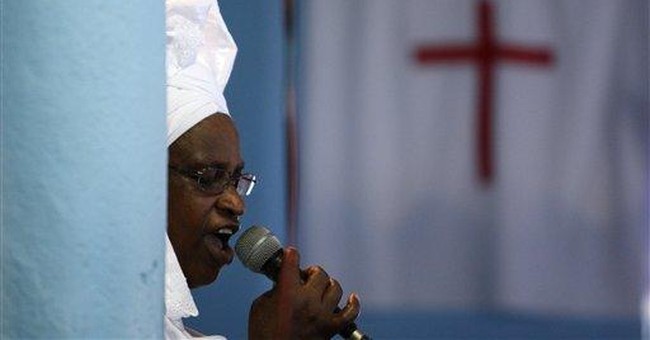 In my last column I wrote about applying pastor John Piper's admonition—"Don't waste your cancer"—to my recent double-bypass surprise, which pushed me to think about death, examine my own sinfulness, and cherish Christ. If open-heart surgery doesn't open hearts, it's a waste.

But that operation, hard as it was physically, was easy in some ways. I don't want to over-spiritualize what is, after all, a lot of physical yuckiness, yet I felt good as a survivor, riding a floodtide of love and able to leave the hospital on day five.

Then came a setback: I had to return the next night with fluid in my lungs and breathing problems. That left me depressed and got me thinking about why the Bible frequently has a ba-bum beat: Physical lows follow spiritual highs.

Elijah's story provides one clear example. The Exodus thunder and smoke must have been astounding, but if atheist Christopher Hitchens had been present he might have offered a naturalistic explanation. (The Red Sea crossing would have been harder.) Chapter 18 of 1 Kings, though, narrates Elijah's confrontation on Mount Carmel, one that ended with something akin to the stars lining up and spelling out G-O-D.

When the Israelites, seeing that victory, finally took a stand for God, it seemed clear that they had not wasted their cancer. Maybe God had even given the Israelites a new heart, or at least bypasses surrounding the old heart of stone. But then pneumonia set in. Queen Jezebel told Elijah that she was still in power and he was a walking dead man. Deeply depressed, the prophet started running. He ran south to Beersheba. He kept running the next day, into the wilderness, and asked God to kill him.

God, instead, gave him communion, supplying a cake baked on hot stones and a jar of water. Elijah's expressed reason for dying was that "I am no better than my fathers," but when Elijah stated it that way he was forgetting that setbacks are often gifts from God, not tokens of our unworthiness. God in response sent Elijah 40 days further into wilderness, and at Mount Horeb gave him an understanding of God's subtlety.

This teaching was important for a man faithful to God yet frightened by Jezebel. Elijah had already seen the explicit sign of God's mercy at Mount Carmel, so this time God didn't speak to him in the way he probably expected: through a whirlwind, an earthquake, or a fire. God remained silent through all those roaring events, and then spoke in low decibels.

That would set the pattern for centuries to come, and for our time as well. We want spectacular wonders but we hear whispers, such as when we're attentively reading the Bible. We expect God to orchestrate astoundingly dramatic world events, but at Horeb God merely tells Elijah to place three individuals in key spots, with consequences not to be evident for years.

Setbacks may leave us depressed—I'm tired of this roller coaster—because we misread verses from Chapter 8 of Romans and expect a straight line onward and upward: "For those who love God all things work together for good . . . we are more than conquerors through Him who loved us."

We should read that passage in the light of Romans 5:3—"We rejoice in our sufferings, knowing that suffering produces endurance, and endurance produces character, and character produces hope, and hope does not put us to shame, because God's love has been poured into our hearts through the Holy Spirit who has been given to us."

Let's waste neither our bypasses nor our setbacks. How to avoid error? Psalm 121: "I lift up my eyes to the hills. From where does my help come? My help comes from the Lord, who made heaven and earth."

I'm grateful to God for my rapid healing.