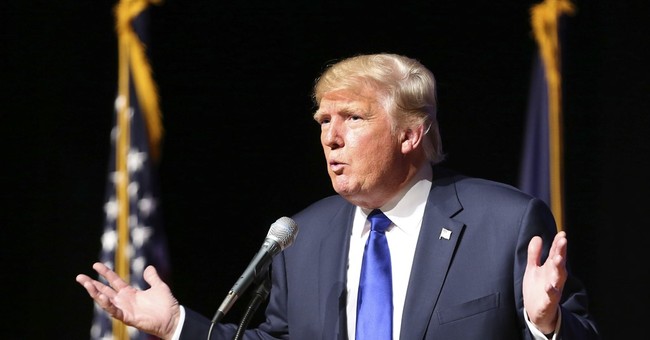 I cannot be that rare. Quick— show of hands. How many of you have largely enjoyed the Donald Trump phenomenon yet winced at his occasional behaviors that seem far beneath the presidency?

I know I just described a lot of people, but most of the shouting is coming from die-hard Trump fans who will not hear criticism of him, and unhinged critics blasting him with rhetorical artillery far beyond his actual sins.

Why? Because while Trump may not be the eventual GOP nominee, he is a window to some truths about two groups of Americans.

I am a member of one: the group of voters sick of mealy-mouthed politics as usual, tired of political correctness, weary of being lied to by candidates who talk a good game and then melt upon taking office.

As such, I have enjoyed Trump’s directness, born of his total lack of fealty to establishment elites and their donor/consultant instincts that reward tameness and mediocrity.

Those folks constitute the other community thrust into the spotlights of Trump Fever. From tut-tutting columnists who cannot believe he is still atop the polls to swiss-cheese conservatives threatened by his boldness, the wave of Trump Derangement Syndrome has not been beneficial for sufferers who have not been able to restrain their angst.

In response, some Trump defenders have gone beyond mere defense against outsized criticism, lapsing into the most unfortunate of supporter behaviors: the position that their guy can do no wrong and any critique of him must be met with symmetrically exaggerated condemnation.

So since he is going to be around, probably for quite a while, I offer some tips for folks driven to the opposite extremes here in the Summer of Trump.

—Realize that in bashing him, you are seen as attacking every corner of his large fan base. Coming at Trump with a scalpel is smarter than the sledgehammer— an approach that will make you look like a fan of the faint-hearted weasels who have run things for too long.

— Asking odd questions like “Can Trump govern?” shows that you may actually believe the current generations of ruling class geniuses have done a good job of it. It can surely be said that Barack Obama, Nancy Pelosi, Harry Reid (and to be bipartisan, John Boehner and Mitch McConnell) “can govern.” And it is precisely those sorry governance results that have earned a giant deserved middle finger from Trump and his supporters.

— Don’t get so hung up on the man personally. Realize that half of his support is from people who probably will not vote for him in actual primaries, but who are surely enjoying the defibrillating jolt of the approach has has brought to several issues.

— Lose the bewilderment over how conservatives can even back him. Do the math. After decades of being hosed by candidates preaching 90 or 100 percent conservatism and delivering about a third of that, if Trump is around 75 percent conservative, there is faith that he will deliver every morsel of that, or at least try harder than the big talkers and meager warriors of today.

Now to Mr. Trump’s reputational guardians, the folks who are loving his ascendancy so much that even measured criticism of him brings out their long knives:

— Just enjoy the ride. Your man’s golden moment could last anywhere from a few months to Inauguration Day. But whatever happens, real voters will be the determining factor, not a few pundits or rivals who are knocking him around. And if Trump were to evaporate tomorrow, he has cemented immigration, trade policies and American exceptionalism as issues the entire field will likely address with greater vigor. Be happy.

— Be aware that decrying “political correctness” is a bat that swings only so far. If Trump says something that is truly beyond the lines of civility and beneath presidential temperament— and he has before, and he will again, that’s just part of the journey— whining about political correctness makes you look boorish and thin-skinned. Save PC laments for deserving examples. They are plentiful.

— Rather than defending the indefensible, ask something of your candidate. Tell him that you love his plain talk and his take-no-prisoners approach to issues, and that you admire it so much you’d like him to actually win the presidency, which will not happen if he doesn’t get a handle on some of his adolescent outbursts. Tell him you want the guy who will build a border wall, pound ISIS and deal smartly with China, but not the guy who wastes his time (and ours) obsessing about “losers” and spouting about Heidi Klum and Rosie O’Donnell.

Trump loyalists, Trump-haters and those in between simply watching the spectacle should all know that we will be engaged with each other for a good while. His poll numbers will not be tanking by Halloween, or maybe even Christmas. Real voters in real primaries may get a crack at his fate, making pundits and social media mavens on both sides deliciously irrelevant.